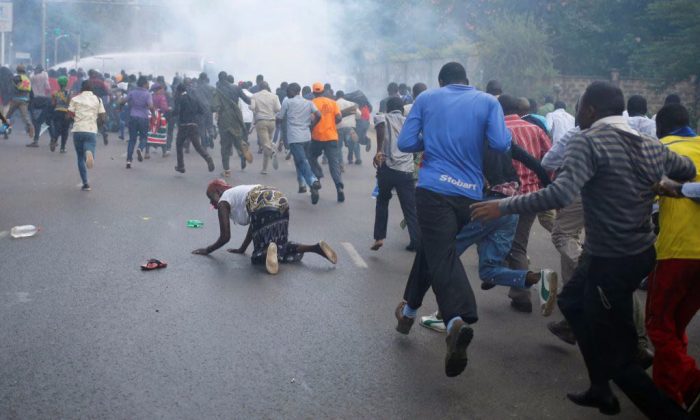 As the economy in Zimbabwe headed into freefall in December, an 11th hour request from Harare for a rescue loan was refused by its longtime ally, South Africa.

South Africa said it declined the request for $1.2 billion because the country is also in a difficult financial position. “South Africa doesn’t have that kind of money,” said Jabulani Sikhakhane, spokesman for the finance ministry. He also raised concerns of Zimbabwe defaulting on the loan.

“Initially they wanted $1.2-billion. We don’t have $1.2-billion but what we have is the will to assist them,” Dondo Mogajane, the National Treasury director said.

But without the funds, Zimbabwe was forced to raise the price of fuel by over 1000 percent – making it the most expensive fuel in Africa. With the price of gas topping the amount of salaries, a general strike was called in the major cities only to be violently suppressed by state security forces.

Now, in a reversal, South Africa may extend short-term credit to Zimbabwe and also help it write off its US$4-billion external debt. But critics say this will be a waste of money unless it can pressure the ruling party Zanu-PF to make political reforms.

“It’s an act of self-delusion if you think you can avoid talking politics as you engage Zimbabwe, as in many other places,” said Piers Pigou, senior consultant to the International Crisis Group over news of the loan.

According to Zimbabwean finance minister Mthuli Ncube, Zimbabwe has a total national debt of $16.9-billion, of which its external debt is $7.4-billion, with $5.6-billion in arrears. $1.3-billion owed to the World Bank, $680-million to the African Development Bank, $308-million to the European Investment Bank and $2.8-billion to the Paris Club (to individual countries).

Meanwhile, a Crisis Group report called the scale of violence since the general strike was launched “the worst the country has witnessed in some time,” adding that the military was again using live ammunition to suppress protests.

According to Zimbabwe’s Doctors for Human Rights hundreds of protesters were shot on the first day of protests on January 15, of whom some had died and 107 patients had been treated for gunshot and blunt trauma wounds.

For days after that, it had been hard to get updated casualty figures as the government had cut off the internet.

But on Jan. 18, the Zimbabwe Human Rights NGO Forum publish consolidated statistics counting 844 human rights violations, including at least 12 killings, at least 78 gunshot injuries, at least 242 cases of assault, torture or inhumane and degrading treatment, including dog bites and 466 arbitrary arrests and detentions.

Head of the opposition, Nelson Chamisa, told the BBC that there was “no justification whatsoever of having soldiers with live ammunition, with guns, machine guns, AK47 on the streets, beating up citizens”.

“People are being approached in their homes, they are being taken out of their homes with their families even if they are sleeping… a lot of people have been arrested for no apparent reason,” he said.

Faced with a worsening crisis, President Emmerson Mnangagwe canceled plans to attend the World Economic Forum in Davos, ending his 5 nation bid to secure loans for the struggling economy.