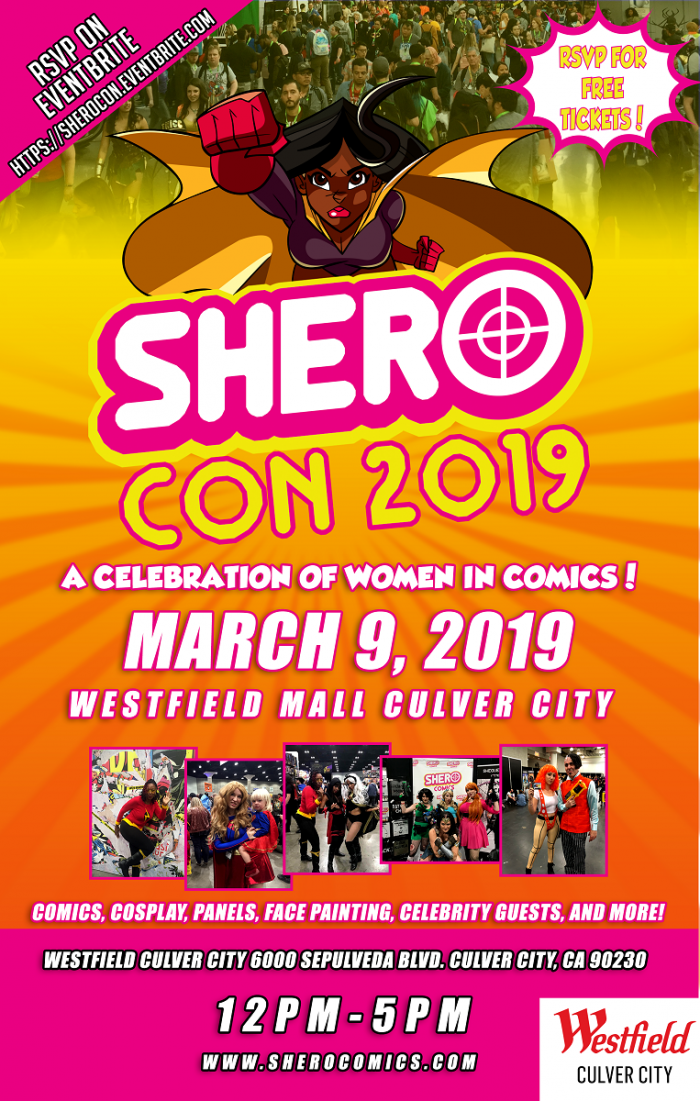 SheroCon is a one-day celebration of female comic creators, cosplayers and local sheroes takes place on Saturday, March 9, from 12pm-5pm at the Westfield Mall Culver City. This convention highlights women who are making a difference in the world of comics and entertainment. The pop-up con is the first of its kind in Los Angeles and is the brainchild of Shero Comic’s CEO, Shequeta Smith.

“SheroCon was actually something that I didn’t see happening for at least a few years from now,” said Smith. “But apparently it was meant to happen in this moment.”

Smith continued, “In January, I started looking for a way that my company, Shero Comics, could celebrate Women’s History Month in a significant way.”

Originally from Salisbury, North Carolina, a small town located between Charlotte and Greensboro, Smith graduated from North Carolina State University majoring in sociology with a minor in business management. She moved to Los Angeles fifteen years ago this week.

“So there’s this thing,” said Smith. “My therapist says that I am a futuristic thinker—meaning that while I’m sitting here talking to you, I’m already thinking of what’s going to happen two weeks from now.”

Smith, who was recently featured in InStyle Magazine, is also the author of the bestselling graphic novel series, Rayven Choi. She started searching for local events in Los Angeles that Shero Comics could partner with to celebrate the work that women have contributed to the world of comics and entertainment.

“I was especially looking since Marvel Studios will be releasing their first female-led film, Captain Marvel, in March,” said Smith.

“After a few weeks of coming up empty handed, the idea for SheroCon was born.” 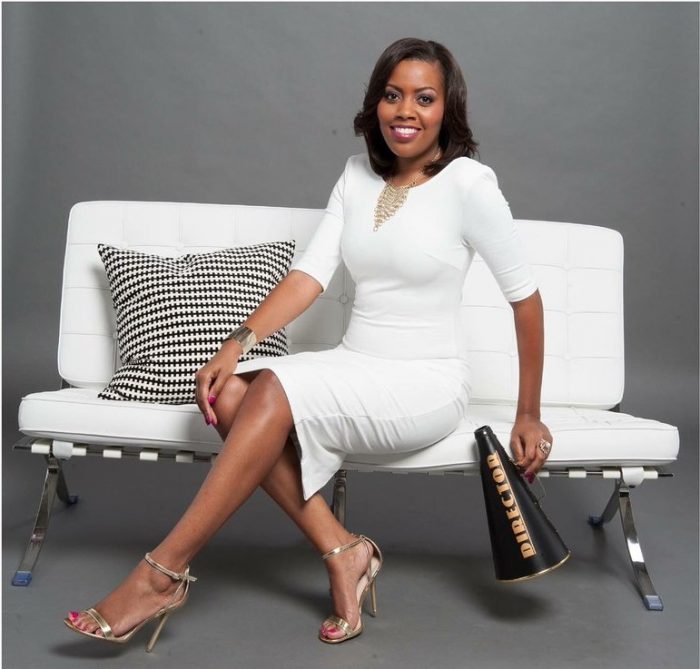 The call for diversity in the entertainment industry has definitely zeroed in on women. This isn’t a surprise to Smith, who has been riding this wave before it was popular. She believes this is the time for women, especially in the comic industry to bring their A-game to the table.

“I think that women in the comics industry are on the rise,” said Smith. “For a very long time, there was not a significant amount of women creators in this industry.

“However, I believe that things are starting to turn around. I believe that as more of us gravitate towards comics, and put out more successful projects, we’re going to start getting more recognition.”

Smith had some advice for women who are looking to break into the comic industry. She simply endorses for women to be ready to put the work in, research and prepare a plan for their goals.

“My advice to other women who want to work in this industry is to be prepared to work really, really hard,” said Smith. “If you’re self-publishing, you should be reading books on best practices and the best ways to market and sell yourself and your work.

“Come up with a strategy of what your end goal is and then work out a plan to get there.”

The event is scheduled to end with a SheroCon Cosplay competition. But it’s more than just about Shero encounters. There will also be face painting, caricatures and make-up demos from professional makeup artists at MAC Cosmetics.

SheroCon celebrations will begin at 12 noon and run until 5:00 pm. For further information, visit: sherocomics.com or the Eventbrite page https://sherocon.eventbrite.com