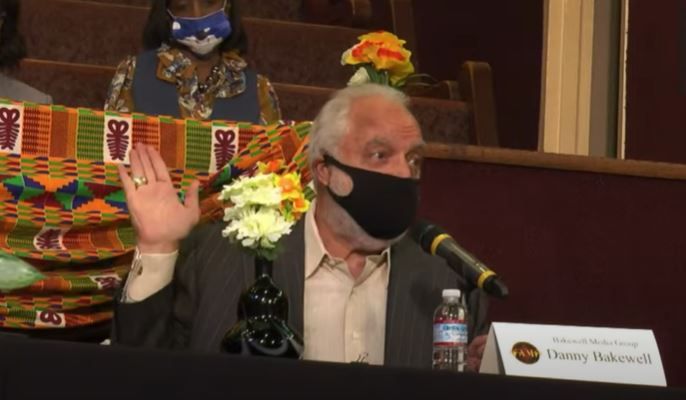 On June 4, at the First African Methodist Episcopal Church in L.A., the mayor of Los Angeles participated in “Justice Matters” which opened a dialogue about the current social climate. Pastor Edgar J. Boyd hosted the event and stood on the principle, “If there is equity in access, there will be equity in behavior and celebration.” The purpose for the meeting is vocalize the vision to respond to the inequalities seen on May 25. The Publisher of the L.A. Sentinel Danny Bakewell attended the meeting, “I want to put what’s going on in our society, in our city in particular, in perspective. I’m happy to see all the people out, shoulder to shoulder…it sends a message to the world that they see us, and they hear our cry.”

Bakewell talked about moving away from a “one dimensional issue.” In addition to the physical brutality within the black community, there is hindrance within the financial growth and wellbeing of the collective community. There was talk about gaining access to “power centers” that run this country, that make the rules all residents must follow. Among the panel were law enforcement, they encouraged the audience to report misconduct and joining local government in order to change the system within. Mayor James Butts of Inglewood shared his experience as chief of police and serving in law enforcement. 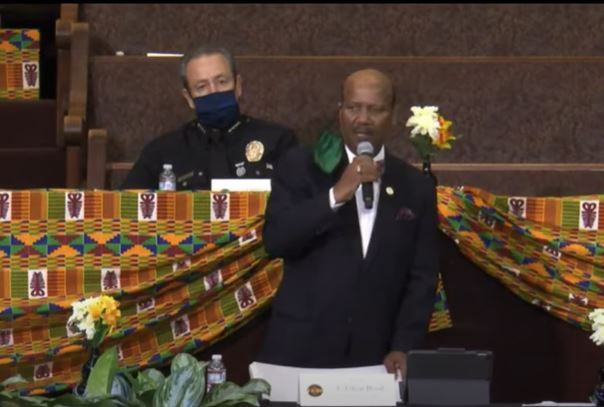 The mayor of Inglewood spoke about the social agreement between the haves and the have nots. There is blind prejudice that fuels the injustices amid law enforcement and the black community. Mayor James outlined the weight applied to chiefs of police,” The ultimate solution is to pick a chief of police, that is experienced, that is committed, that has values and is a leader.”

Senator Holly Mitchell focused on two things, as a proud member of the Legislative Black Caucus Mitchell talked about the legislative package that is going forth. This includes bills labeled ACA-6 bringing voting rights to those serving parole, ACA-5 affirmative action that will be beneficial economically,  to prioritize underserved communities, and  AB-31-21 that will cover the feasibility of reparations in California. 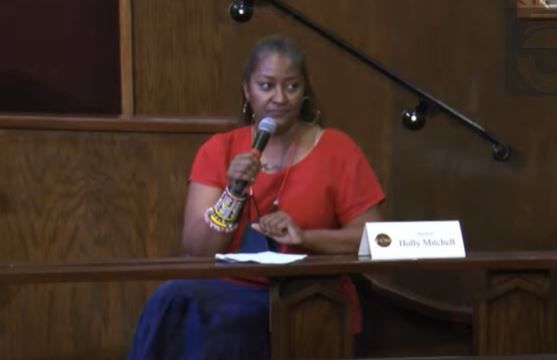 Senator Holly Mitchell, part of the 10 Members of the Legislative Black Caucus

Mitchell recommended the audience to do research and study what it means to change the budget within the police force. The tool she used was through a book by Alex S. Vitale, The End of Policing.  The reading material, according to Mitchell addresses the role of police, and why it has changed into them being sole proprietors of social issues. Homelessness, foster childcare issues, and other socially charged events fall in the lap of the police, but as Senator Mitchell declared it is not their job. She invited the audience to look at the wider scope of reform for law enforcement.

Following Mitchell’s statement, Senator Sydney Kamlager Dove quoted Dr. Martin Luther King, “Our Survival is dependent on staying awake and staying vigilant even in times of uncomfortableness.” She also agreed with the inquiry of what the city is asking from the police force. The common agreement throughout the panelist so far is a system change is necessary.   Senator Dove shared inconceivable statistics within the black community such as 30% of black men made absolutely no money in 2014. Bringing the discussion full circle, to include the wide variety of discrepancies in fairness among black people. 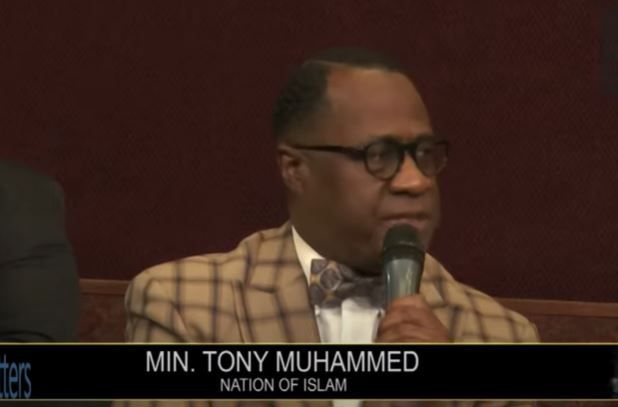 Although there is grief and pain, this moment has brought on a new direction within the course of American History. The attention of the world is on this country, it is imperative to address the root of racism in all measures of society.  Minister Tony Muhammad affirmed the spiritual energy surrounding this moment. Minister Tony spoke of injustice breeding insanity and anger, even among the founding fathers of America. Speaking directly about looting, the minister of the Nation of Islam recollected that this country was founded on looting and violence and to break free of Brittan Tyranny. He shared strong feelings behind having a real conversation.

There are strides being made for human evolution and the quality of life, there is a need for intensive conditioning to eliminate the institutionalized racism. Borrowing the words of Capri Maddox Executive Director of the Civil and Humanity Department of Los Angeles, the world has seen firsthand, the black man’s inconvenient truth. The message is clear,  if the system does not change, the world will feel the consequence. The results of an imbalance system will infect the entire human population. Now that everyone is witness to the undeniable truth of the problem, it is everyone’s shared responsibility. 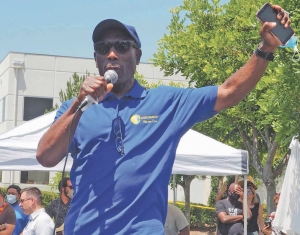 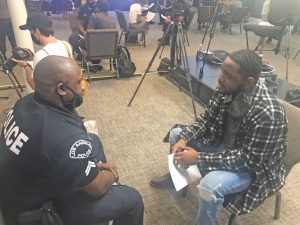 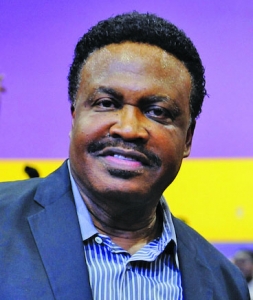