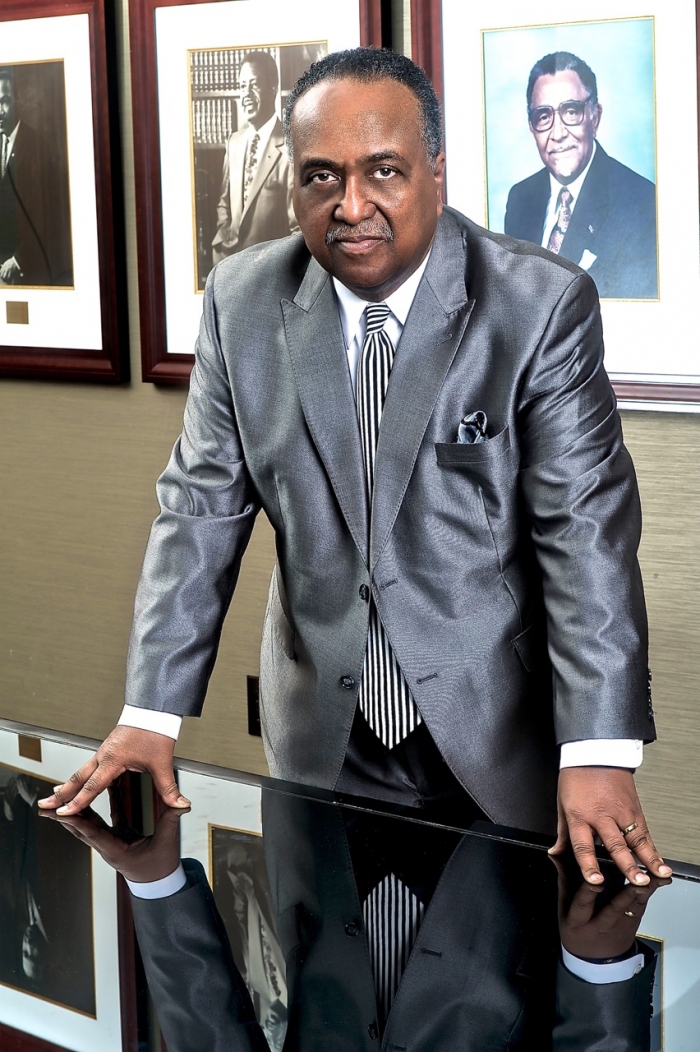 The South Christian Leadership Conference (SCLC), a national leader in civil and political rights, held a convention in Atlanta from July 18 to July 20 to scrutinize a topic many Americans are rather uncomfortable discussing — poverty.

Although the United States still boasts the largest economy in the world, and consistently ranks among the wealthiest countries in terms of GNI per capita, poverty and income inequality remain pressing issues.  The Census Bureau’s 2017 data puts the poverty rate at 12.3 percent, meaning about 40 million Americans were officially considered to be below the poverty line that year. That rate was down 0.4 percentage points from 2016; however, several academics say that number could be underestimating America’s impoverished population by up to 16 million people because the official poverty rate does not consider unexpected job loss, ill health, or lack of health insurance.

Moreover, income and wealth inequality have been growing steadily for decades. According to a 2017 report published by the Institute for Policy Studies, a progressive think tank, the top three richest Americans – Jeff Bezos, Bill Gates and Warren Buffett – have collectively amassed more wealth than the bottom half of Americans, about 160 million people. Additionally, the IPS has claimed that if the Census Bureau redefined the official poverty measure to include those making less than twice the poverty line (who are classified as “low income”), and accounted for the Supplemental Poverty Measure, about 140 million people, almost 40 percent of Americans, would be classified as poor.

Dr. Charles Steele, Jr., the current president of the SCLC, recalls the iconic organization’s founder, Dr. Martin Luther King, Jr., who in 1968 took a deliberate stance against poverty in the form of the Poor People’s Campaign.

“Over fifty years ago, Dr. King was assassinated and gave his life, the supreme sacrifice, in regard to poor people in the Poor People’s Campaign,” says Dr. Steele. “He said America is too rich to allow poverty within this country. And fifty years later, this country’s relationship to poor people is worse than it was [back then].”

Millions of Americans, he says, live paycheck-to-paycheck and are unable to withdraw $250.00 in the event of an emergency. The Mississippi Delta, whose extreme poverty first galvanized Dr. King to launch the campaign, is still the poorest area of the country today.

Dr. Steele, has led the SCLC for over a decade and believes America’s reckoning with poverty, and its intersection with racism, is long overdue. He says the unfortunate lack of progress the country has made on this issue is a result of our refusal to discuss it outright.

“Dr. King has always said, and it still remains today, [that] the three ills in society happen to be racism, poverty and militarism,” Dr. Steele says. “And this is something that we, as a people, in America refuse to bring to the top of the agenda.”

Rather than directly address poverty or poor people, he says, lawmakers and candidates use euphemisms like, “income inequality,” “Medicare for all,” and “free college tuition.” Likewise, the average American is either uninformed about the problems facing the nation’s poorest or is willfully ignoring them.

The first step to solving the poverty crisis, according to Dr. Steele: Conduct thorough research on the issue and then disseminate those findings to the public. Achieving the latter was precisely the goal of the SCLC’s 61st Annual Convention last week, which was aptly named, “Maintaining the Global Village: Housing, Health and Our Common Humanity.”

As the title implies, the conference, while mainly focused on American issues, also acknowledged the impact we have on the rest of the world, and vice versa.

“We are in a global village,” Dr. Steele says. “What affects one part of the world always effects the other.”

In keeping with its roots in the civil rights movement, the SCLC made sure to stress the burden that African Americans and other racial minorities bear when it comes to impoverishment. The racial wealth gap is an especially dismal problem. According to the New York Times, the average Black family acquires $5.04 of wealth for every $100 of wealth a White family acquires.

“We lost 50 percent of the Black wealth in America,” Dr. Steele says. “Black wealth was lost when we lost our homes during the housing crisis more than a decade ago.”

Housing, he says, is the number one problem for African Americans. That’s why part of the conference was also dedicated to announcing the SCLC’s plans for a new program to provide affordable housing in some notably neglected areas of the U.S. Dr. Steele is particularly concerned with communities that have recently been afflicted by natural disaster.

The SCLC has plans to partner with the American Red Cross and other humanitarian aid organizations to assist recovery efforts in Panama City, Florida. It will open community crisis centers to provide desperately needed services and to encourage more people to seek help.

“One thing we must never forget, there is always another storm coming, and we must prepare particularly for poor people, because every time a storm comes, it devastates poor more than any other segment in our society,” Dr. Steele says.

While much of the convention focused on training and mobilizing the next generation of civil rights leaders, the SCLC also took a moment to honor legendary and remarkable individuals who dedicated their lives to fighting for those living in poverty.

In a press release published the week before the convention, the SCLC said: “Those being recognized include the family of the late Rev. Joseph Boone, an Atlanta civil rights leader who died in 2006; The Rev. Fred Taylor, who has been a significant ‘Foot Soldier’ in The Movement for more than 50 years; Rev. Dr. Joseph Lowery, former president of the SCLC; former Ambassador Andrew Young, who was a top aide to Dr. King, and Xernona Clayton, the founder and CEO of the Trumpet Awards, who also worked closely with Dr. King, and former award-winning Newsweek Magazine journalist and southeast bureau chief, Vernon Smith.”

Hillary Clinton appeared at the conference to accept the SCLC’s Realizing the Dream Award for her lifelong work as an activist and politician battling for civil and human rights.

“It is a time to reassert our commitment to the future that will realize the dream, but to recognize that the work is never over,” Clinton said during her acceptance speech. “I think some of us, we’re a little surprised that we have to be having the same conversations, arguing over the same points but that is the hand we have been dealt.”

Under the leadership of Dr. Steele, the SCLC continues, despite the glacial pace of progress, to fight for the basic human rights to which all people, rich or poor, are entitled.