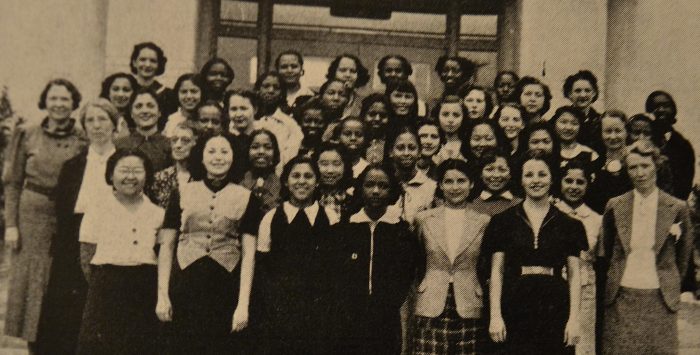 The Girls’ League Organization was the largest organization at Jefferson High School an the most active in school and community. The Welfare, Social Dress, Hospitality, Assembly and Finance Committees were their responsibilities. Mrs. Elsa Smith was the Advisor, Blanche Wiley President, Naomi Urbino Vice-President, Petra Nieveg Secretary, and Virginia Callahan Treasurer. (courtesy photo)

Recently I visited the Jefferson High Library to conduct research on the history of the school. As I gathered data, four individuals from the Los Angeles Unified School District walked in to conduct a survey of the library that will provide input to the Board of Education as plans are being finalized for the school’s 130 million-dollar renovation project. As they canvassed the library, they stood in awe of the mural that adorns the northern wall. It was not surprising that they would be struck by the wonder of the mural that depicts the history of the transmission of knowledge through the written word. The first time I gazed at the mural the theme overwhelmed me too. I pondered about the social and historical context surrounding the school and community when the mural was painted by Los Angeles artist Ross Dickenson in 1937. In that year, the school was basking in its new freshness, after the 1933 Long Beach Earthquake devastated many schools.

The original 1917 Jefferson High was razed, and students attended classes in tents while the new buildings underwent reconstruction under the California Field Act. The State determined to start from the ground up at the same location and hired architect Stiles O. Clements to design a contemporary building to house the students. Clements was a key exponent of the Streamline Modern style, he designed many of Los Angeles’ recognizable landmarks in that style.

To complement Clements’ design, artist Ross Dickinson, at the age of 34, was commissioned under the Federal Art Project to paint a mural with the theme, “History of the Recorded Word”. The mural embellished Jefferson High’s iconic Streamline Modern style buildings. The FAP was one of the many New Deal manifestations under President Franklin Delano Roosevelt that sought to relieve the country of the devastation of the Great Depression.

At that time, Dickinson was employed as an art teacher at the Art Center School of Los Angeles and needed to devote time as a muralist at several schools including Jefferson High and San Pedro High, to make ends meet. He applied for a grant to paint the mural. New Deal Art Projects were commissioned on a competitive basis and had to adhere to government guidelines. Dickinson’s vision of Jefferson High’s mural adhered to the guidelines and he was commissioned.

The “History of the Recorded Word” was researched well. The first panel depicts the evolution of writing of the ancient worlds of Asia, Africa, and the Middle East. Using the Egyptian Pyramids as the backdrop, included are motifs of the Bronze Age like chiseled stone carvings, Asian monks writing on tablets and scrolls, and hieroglyphs of the ancient Egyptians.  Bethlehem is backdrop of the second panel featuring Judeo-Christian Biblical motifs. Here European monks transcribe the Bible one letter at a time. It is during this period that stylized letters appear making the recorder of the written word an artisan as well as a historian.

In the third panel a historical leap takes place: moveable type and the printing press appear, making possible the reproduction of the Guttenberg Bible. The backdrop is the evolving city that gives rise to the working and artisan classes in society. The last panel depicts the world of modern typography: female faces appear for the first time, and emphasis is on bulk reading material such as magazines and newspapers. In the forefront are union workers; it is the world of machines and mass production of the 1930’s where the producer of the written word is also the consumer.

Dickinson’s mural is a tour de force because of its contextual sensitivity to the surrounding community. Not only did it complement Jefferson High’s Streamline Modern style, but it also complemented the intellectual and social prowess of Central Avenue’s Golden Age. Less than a mile away from the school’s entrance was the vibrant ambience of Los Angeles’ Black intellectual, social, political and artistic community. At a time when the Los Angeles Sentinel was in its infancy having been established in 1933, the Sommerville Hotel (1928) had already become the epicenter of the community. It owes its existence to John A. Sommerville, who’s activism is legendary and who was the first Black man to graduate from U.S.C. and the first Black man to graduate from the school’s Dental School with highest honors. Sommerville was responsible for placing the cornerstone of the building that later became the Dunbar Hotel.

“The hotel’s guest rooms were consistently booked by various cosmopolitan visitors, including many entertainers (Josephine Baker), sports stars (Joe Louis) and important thinkers like Langston Hughes and Thurgood Marshall. The year it opened (in 1928), the first West Coast convention of the NAACP was held in the hotel. W.E.B. Du Bois was an honored guest.”1  Eight  years later, after completing a six-month study on racial relations in Europe and the Orient, Du Bois again revisited Los Angeles in January of 1937 to appear as the principal speaker at an Inter-racial mass meeting, which was held at the Los Angeles Philharmonic Hall. Events like this were linked to the activism of the Eastside with Jefferson High as its focal educational institute. 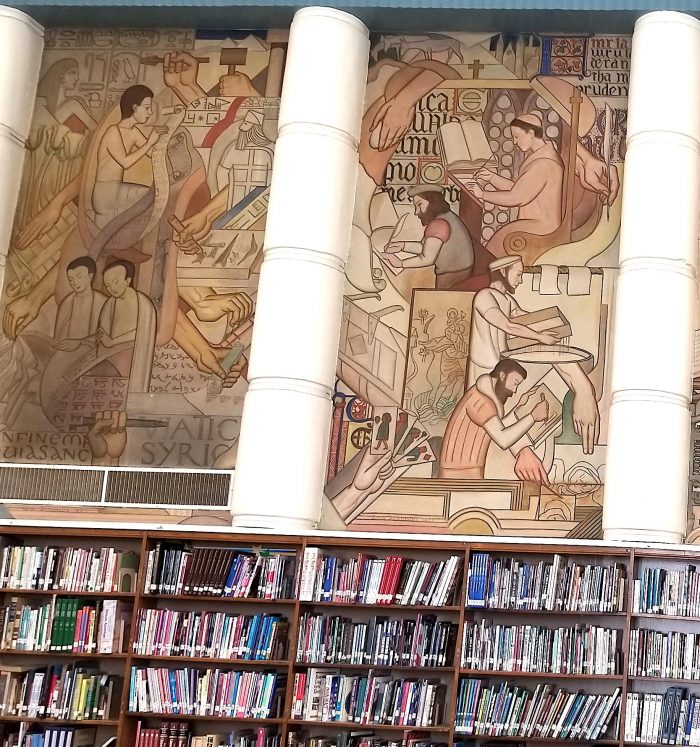 Of special significance was the political climate surrounding Jefferson High, while the mural was being created before the students’ eyes. The School District was undergoing changes including hiring and placing “Negro” teachers at Jefferson High. The lack of Black teachers in the school appears in an editorial published by the Sentinel on April 23, 1936, “An indication that school authorities are ready to change their tactics and employ Negro high school teachers was given at a meeting which was called by them last week. The change is long overdue; it can’t come too soon. However, we hope that Negro applicants aren’t going to be placed on a quota system and arbitrarily limited to a few positions at Jefferson. That’s what happens in the grade schools; deny it as it will, the truth is that the Board of Education maintains a double civil service list—one for Negroes and another for whites. A few positions are listed as Negro positions and no matter how high a Negro applicant stands on the list, he or she can’t be appointed until as a ‘Negro’ position is open.”2

The community demanded an overhaul in courses, they were adamant in having “intensive preparations for college on a tutorial basis for those students who wish to attend college.” Other demands included ceasing the policy of directing students to only take vocational courses and changing the practice of separating “students on the basis of color” in the women’s gyms.”3

The Eastside was united and expected the School Board to serve the community that had changed demographically over the last decade. Jefferson High was made up of a Black, Hispanic, Asian and white student body whose educational needs were overlooked by the district’s administration. By 1938, Jefferson High School had an enrollment of almost two thousand students, of whom about 1,110 were Black, over 400 were Mexican and the remaining where either, Japanese, Chinese or White. From this moment on, Jefferson High was considered a minority school and specifically, a Black school. Parents became incensed throughout the city when the School Board buckled under the pressure of the white community and refused to act on a plan to integrate the school district. To appease the white community, the District drew boundaries that further isolated minority communities. As early as 1927, when Fremont High School opened its doors in the south-central area of Los Angeles, white students were directed to the Pathfinder campus while nonwhites were directed to Jefferson High.

Notwithstanding the “equal but separate” debate, students and teachers continued to attend classes and appreciate Dickinson’s mural. The student body was vibrant and activities on campus reflected that Jeffersonians continued to demonstrate school pride and engage in meaningful interactions with their learning. The Girls’ League, for example, was known for its community activities, the Knights honorary service organization of young men upheld high standards in school and community. The diversity of the school was reflected by other active organizations including the Chinese Club, the Japanese Club, and the Mexican Club. Other organizations included the Scientific Explorers, The Aviation, the Camera and the Hospital Staff clubs, which embraced integrated memberships.

Three other popular clubs gave students a sense of pride, a feeling of esteem and an awareness of developing their communication and intellectual skills. They were the Orators, the Proculators, and the Vox Populi. The largest was The Orators whose objective was to “inspire the students of Jefferson to become interested in poise and posture in speaking.”  The Proculators were more advanced, they entered competitions and were active in public speaking in assemblies addressing “timely topics” of the day.  Advancing excellence in “self-expression in speech, and to serve the school and community” were the aims of the Vox Populi. With the leadership of three Black students this club met its main objective: to develop future leaders in the community.

What seems to be especially unique at Jefferson High at this time was that an interracial, social, ethnic, and linguistic texture prevailed on the campus. With thoughtful contemplation, current students, the alumni, and all of us can value of the accomplishments of the clubs when teachers and students met in the 1930s, often time in the Library. The activities at Jefferson High were a tribute to students who sought to enrich their lives and to make their education a tool for positive change during the challenging years of the Great Depression.  In addition, since the school was surrounded by a working-class community that placed a profound valued on education, students became the proponents of positive transformations for themselves and for the entire Eastside. Facing the north wall of the library, Jeffersonians found themselves interwoven in the story that the mural depicted. The students were cognizant of the role they played in passing traditions to the next cohort, they understood the power of the diffusion of knowledge to new generations and they proudly felt their timeless connection to the epic Dickinson mural. 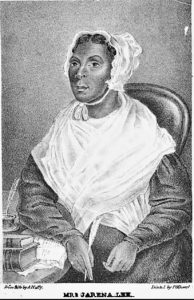 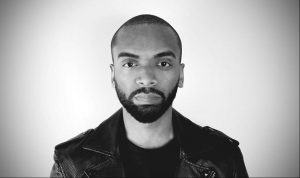 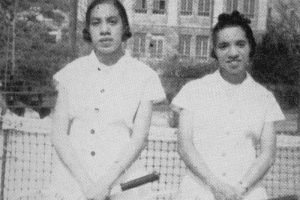