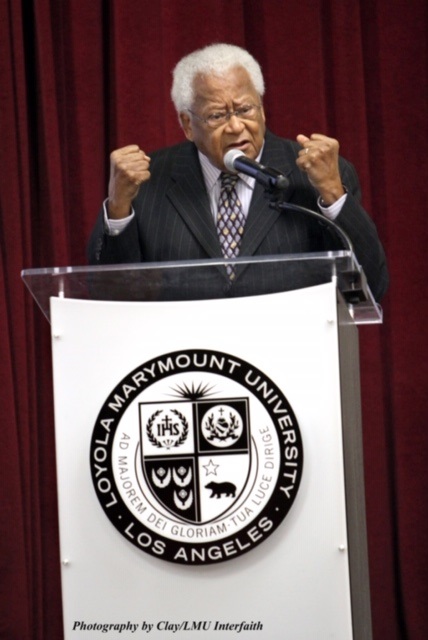 Rev. James Lawson, Pastor Emeritus at Holman United Methodist Church, was named the recipient of the University’s inaugural Rev. Dr. Martin Luther King, Jr. Award for Excellence in the Advancement of Social Justice during a ceremony in front of a capacity crowd in the University’s Saint Robert’s Auditorium this past Thursday, January 24.

Lawson served as the keynote speaker during the University’s annual Rev. Dr. Martin Luther King Interfaith Celebration & Prayer Breakfast, which attracted approximately 300 students, faculty, staff, administrators, and community members. Senior Kaelyn Sabal-Wilson, opened the gathering with a moving tribute to Dr. King, emphasizing the importance of direct action as a means of both continuing his work and demonstrating love. Additionally, several dignitaries, including University president Timothy Law Snyder, Department of African American Studies Chair, Dr. Stefan Bradley, professor of Theological Studies, Dr. Kim Harris, and campus Rabbi Zachary Zysman, shared words of inspiration, encouragement, and hope in celebration of the life and legacy of Dr. King. Finally, freshman Lizbeth Romales, shared a personal narrative, which credited Dr. King’s dream of racial equality as the inspiration for her own dream of educational attainment and a better life for her family. The event also featured performances by the LMU Gospel Choir under the direction of Mr. William Washington. 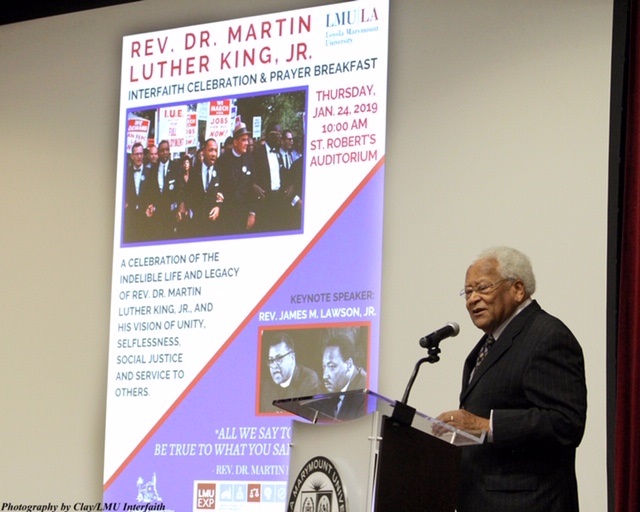 However, it was Lawson, the architect of the non-violent movement and one of the last living comrades of Dr. King, who left the standing room only crowd awestruck with his speech, which included memories of time spent with the slain civil rights leader, his early attractions to the principals of non-violence, and detailed recollections of the various meetings and events that shaped what is now known as the Civil Rights Movement. In closing, sharing his thoughts on the nation’s current political climate, the fiery Lawson – still very much an activist – asserted that, “What we need right now, is not bi-partisan politics, but politicians, who will engage with the real politics of ‘We hold these truths to be self-evident that all men are created equal.’”

Event organizer Dr. Nathan Sessoms, director of the Campus’ Office of Black Student Services commented, “This was a historic day for the entire LMU campus community. To host and be addressed by a living legend and civil rights icon, such as Rev. Lawson is truly an honor. He is most deserving as the inaugural recipient of this award, which honors his life-long quest for justice and bears Dr. King’s name.” 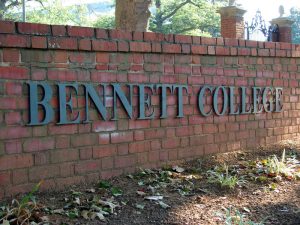 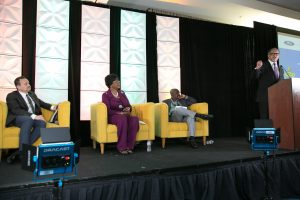