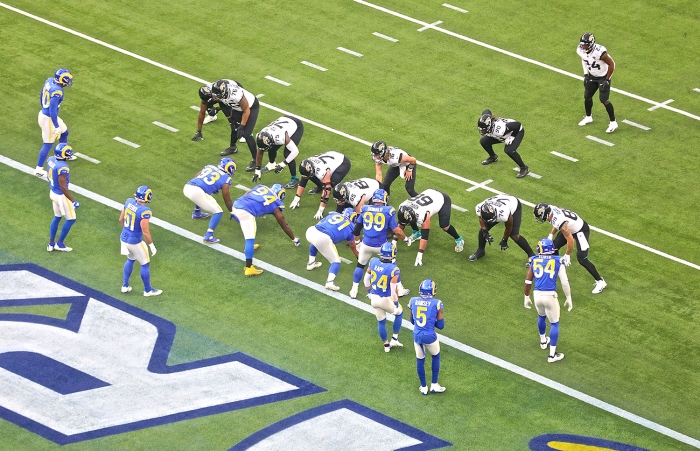 After enduring a tough span of games in November, the Los Angeles Rams cruised over the Jacksonville Jaguars 37-7. Los Angeles executed well on all three phases; reserves stepped up as the team continues to grapple with their injury problems.

“There’s a lot of things that were really very positive about today,” said Rams head coach Sean McVay. “We got to be able to build on this.”

Rams starter running back Darrell Henderson Jr. is recovering from a thigh injury and could have played Sunday, but rusher Sony Michel rose to the occasion, executing 121 rushing yards through 24 carries and scoring the first touchdown of the game. 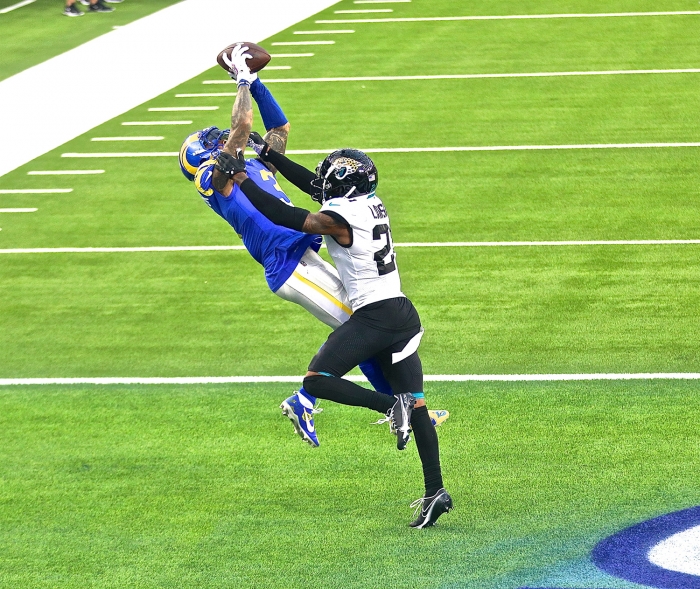 “This is the Sony Michel type of game, he’s just gonna slug it out, wear on [the Jaguars],” Stafford said. “I thought he was great in the pass game too, gave us some opportunities in the pass game, did some nice stuff.”

When Rams starting offensive linemen, Brian Allen was sidelined with a knee injury, L.A. native Coleman Shelton was substituted in to play center. The last time he had a substantial amount of playing time was in 2019.

“You always got to be ready, it’s part of the role of a backup, you just got to be on your own game,” Shelton said. “You gotta prepare the whole week and got to be ready to go out there.” 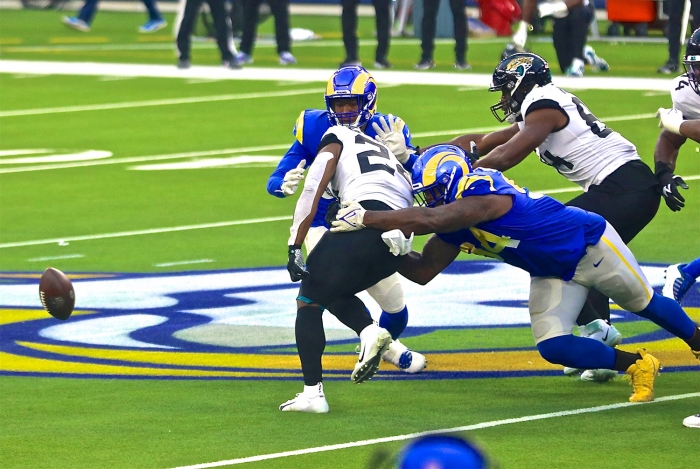 “He just gave us all the confidence we needed,” Shelton said. “He runs extremely hard and he always falls forward. It’s fun to be able to block for [him], the whole offense is a great team.” 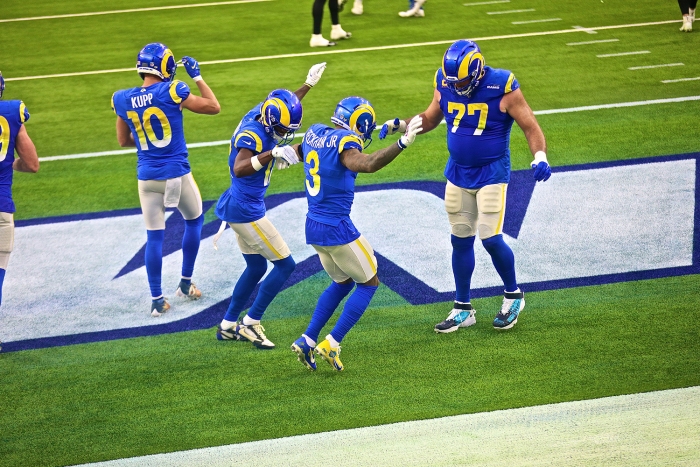 “As a secondary, we were just like “we got two fumble recoveries, another forced fumble, but we don’t have any picks,” that’s how we got to be and that’s how we challenge each other,” Ramsey said. “Even in games like this where it’s a big win and we definitely happy about it.”

Wideout Odell Beckham jr. struggled to catch haymakers from Stafford but caught a pass in the endzone from one yard out early in the fourth quarter. Wide receiver Cooper Kupp was a main target in the second half as the offense adapts from Robert Woods being out for the rest of the season. Kupp had eight catches for 129 yards. 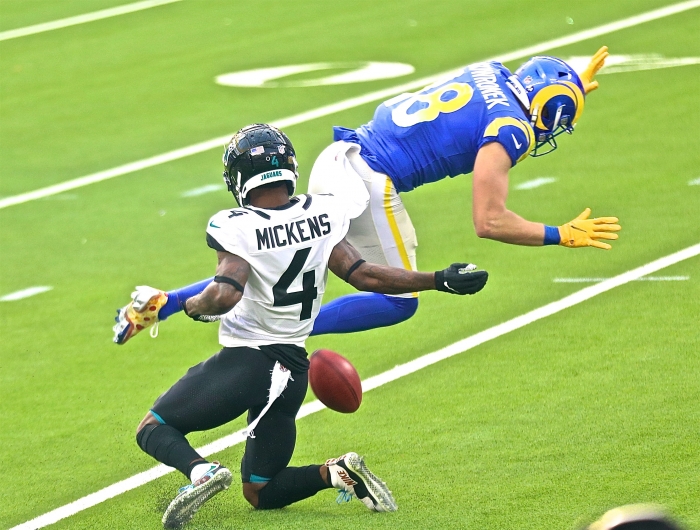 “I just want to be a part of producing, be a part of moving our team forward, being a positive for us,” he said. “I’m really glad that we got a w on the board this week.”

The Rams have a tough schedule leading up to the playoffs, including their Monday Night showdown against the 10-2 Arizona Cardinals on December 13.

“This is the way we got to keep playing football from here on out,” said defensive lineman Aaron Donald. “We got to build off that, not be satisfied, stay hungry. We got another tough opponent next week, another divisional opponent, so we know what to expect from them.” 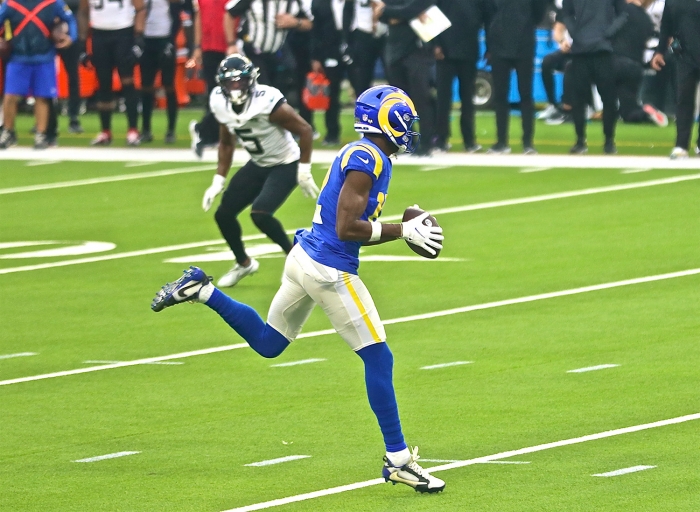 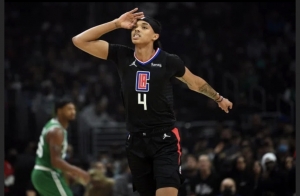 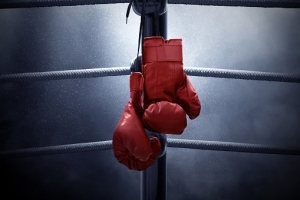 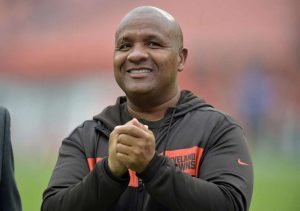 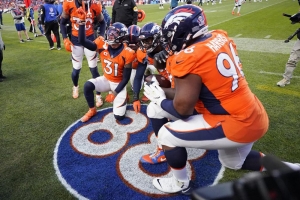 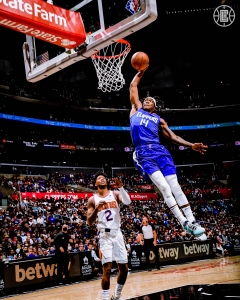 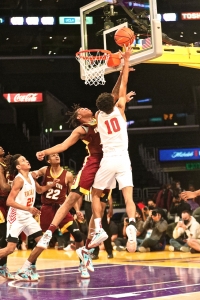