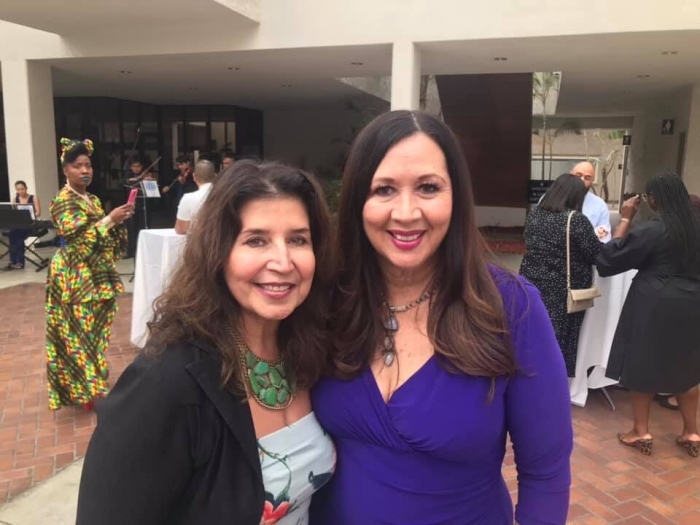 The Positive Results Corporation Honored Supervisor Mark Ridley-Thomas with the Champion of Peace Award at its fourth annual awards dinner and fundraiser. The dinner was held at the Carson Community Center on Sunday, October 27. Raising money for the foundation, over three hundred guests enjoyed music, dancing, and a silent auction. The afternoon ended with a panel discussing surviving domestic violence. 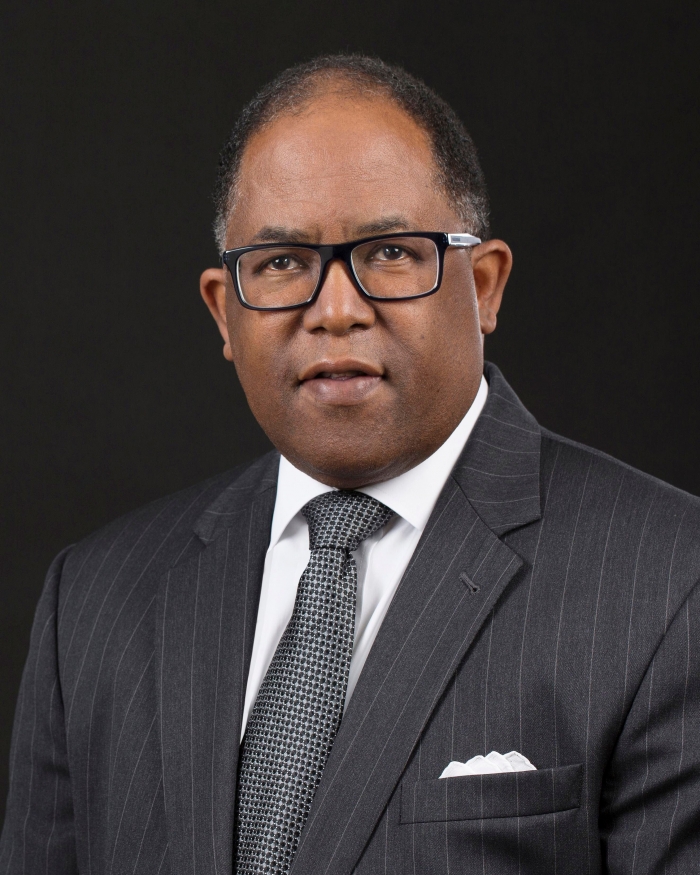 “The Positive Results Corporation was pleased to honor Supervisor Ridley-Thomas; he has been a beacon of hope and peace for us over the years,” said Kandee Lewis, Executive Director of PRC. “Every year as we prepare for our annual dinner, we not only recognize our sponsors and survivors, we also pay tribute to those community leaders who help us with our mission” continued Lewis. Other honorees, SoCal Gas, Susan Sifentes-Trgueros, Pastor Ed Robinson, Lena Cole Dennis, Donta Morrison, Kelli Dillion, Cynthia Ruiz, Kinta C. Gates and Thrive Causemetics. 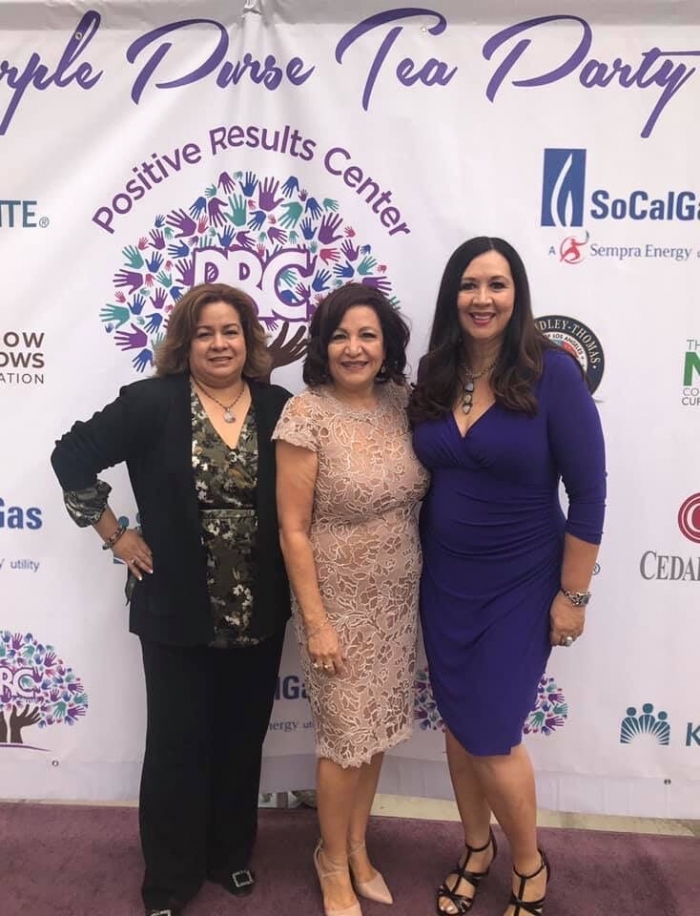 The Purple Purse Tea Party is the foundation’s way of recognizing all that is important to the organization. PRC teaches youth to be Peer Advocates, helping survivors of domestic violence heal and thrive, educating parents, schools and community partners to provide culturally specific, trauma-informed care and support, and raise awareness about financial abuse, which is the number one reason people stay in abusive relationships. 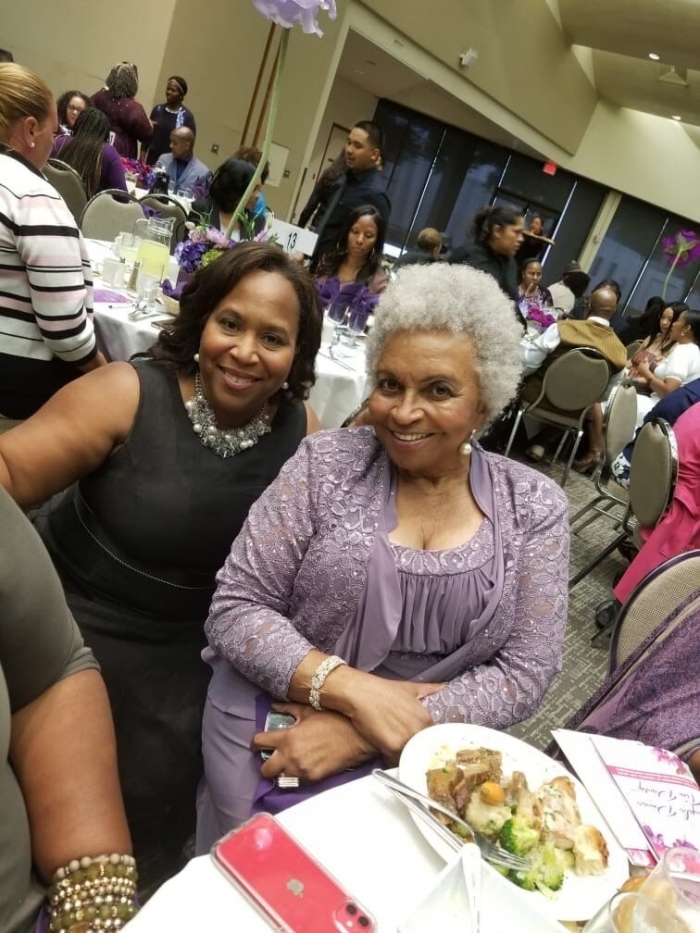 The guest enjoyed music from the Watts-Willowbrook Conservatory Youth Symposium as they entered the gala.  Hosted by Talaya Trigueros, the midday radio personality who graced the airwaves of Los Angeles for the past twenty years, gave the crowd nonstop entertainment and information.   While the guest enjoyed their dinner, they were entertained by the De Yampert Dance company, the music of songstress, Belle Johnson. And finally, there was a panel of survivors, and experts discussing life after domestic violence and how we can prevent it. Over 250 people from all over Southern California attended the gala. There was also a silent auction and a raffle that help to raise money for the foundation. 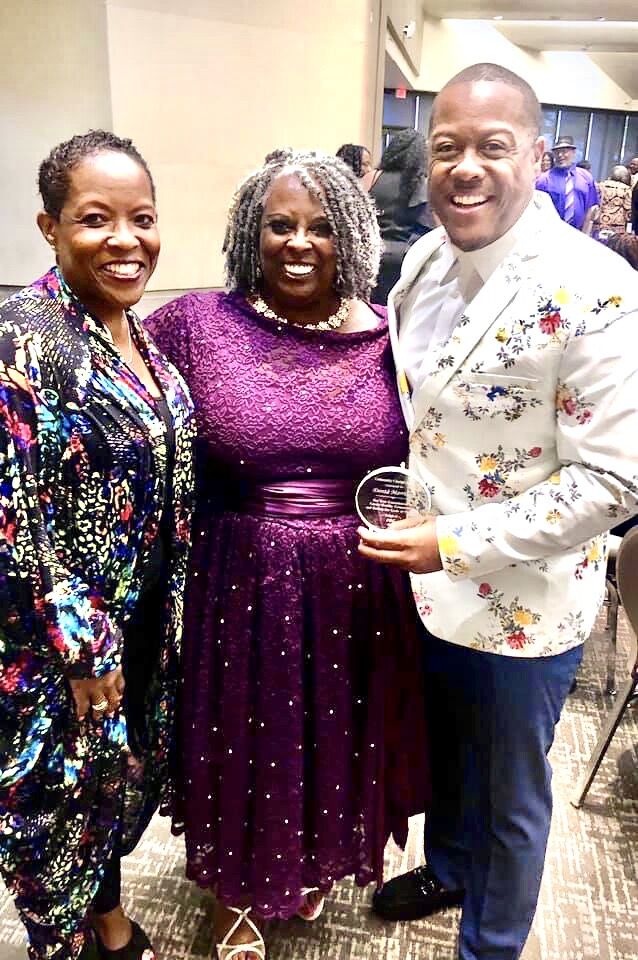 The purpose of The Purple Purse Tea Party purpose is to raise awareness of domestic violence, sexual assault, financial abuse and bullying, which affects the most compromised and vulnerable in our community. “We are raising funds to empower and educate women and girls to make positive Life-changing choices and engage men and boys to be our allies to prevent and end violence,” said Kandee Lewis. 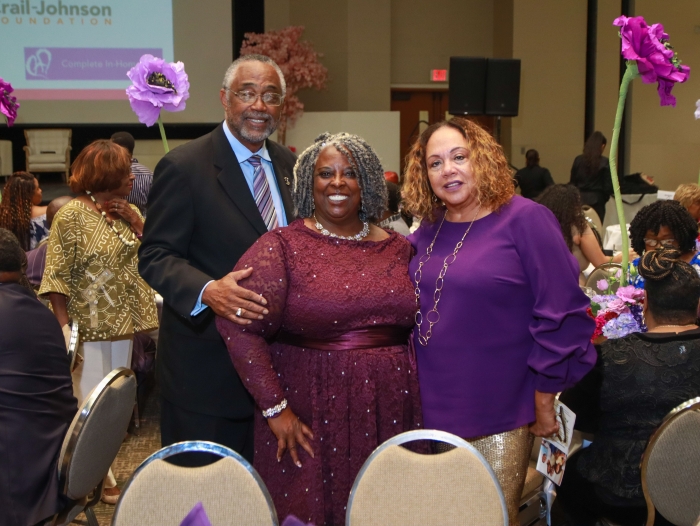