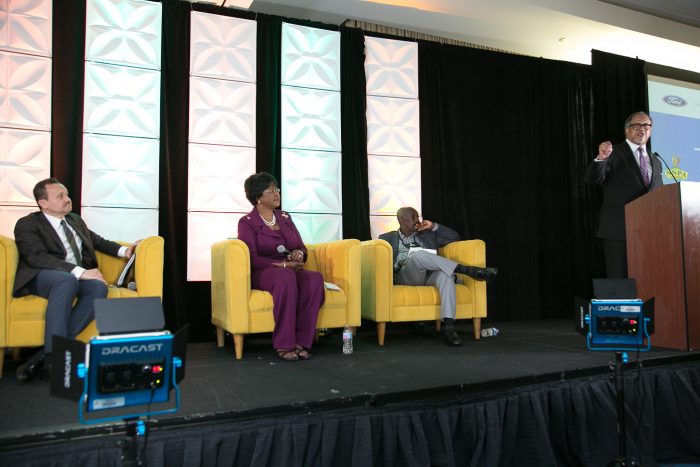 “African leaders are saying with one voice, one mind, and one heart that we are one continent,” H.E. Dr. Chihombori-Quao said. (Courtesy photo)

The National Newspaper Publishers Association (NNPA) wrapped its Mid-Winter Training Conference on Saturday, Jan. 26, in Orlando, Florida, where publishers, corporate partners and sponsors gathered to help move the publishing industry forward with increased sustainability for the Black Press of America.

The conference theme, “Innovative Training and Global Expansion of the Black Press of America,” was highlighted throughout, particularly with workshops and training sessions on the Every Student Succeeds Act; Investigative Journalism; African American Health Disparities; a Macy’s-hosted Roundtable Discussion; and a presentation and discussion about Sickle Cell and other illnesses that was hosted by Pfizer, Inc. and included an interview with Bert Bruce, the vice president of global marketing at Pfizer Rare Disease.

Her Excellency, Dr. Arikana Chihombori-Quao, the African Union Ambassador to the United States, also appeared at the conference where she and Jamaican Tourist Board Groups and Conventions Manager, John Woolcock, spoke about the global expansion of the Black Press – particularly to Africa and Jamaica.

The Ambassador also said African leaders are on the verge of a free trade agreement that has Africa poised to become the world’s largest free trade area with the 55 countries merging into a single market of 1.2 billion people with a combined Gross Domestic Product of $2.5 trillion. 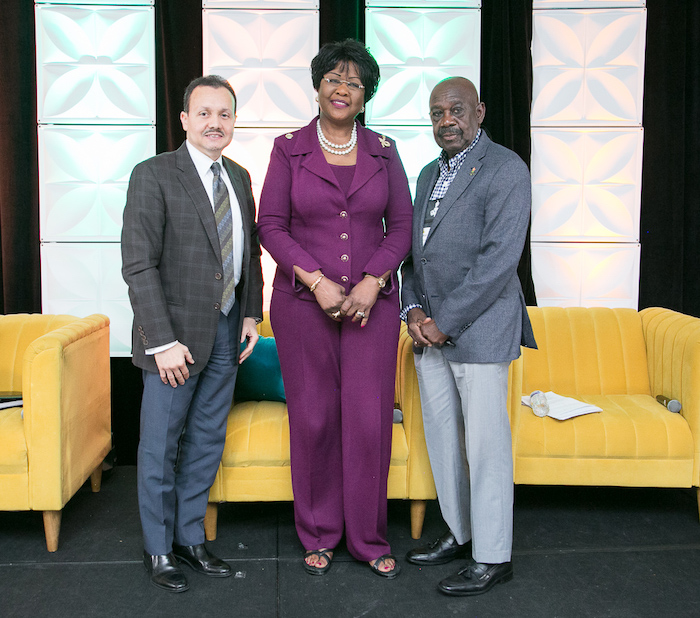 “African leaders are saying with one voice, one mind, and one heart that we are one continent,” H.E. Dr. Chihombori-Quao said.

Highlights at the conference, which drew dozens of Black Press publishers from around the country, included a fireside chat with former Tallahassee Mayor Andrew Gillum, who lost a razor-thin close election for Florida’s governor in November.

Christina Kolbjornsen, the senior vice president and head of Segments and Marketing Communications at Wells Fargo, also provided remarks at the luncheon.

“Two years ago, it was Bob Bogle being honored from the Philadelphia Tribune and last year we saw Rod Doss of the New Pittsburgh Courier receive the Lifetime Achievement Award,” Perry said.

“Tonight, it’s Rosetta Perry. Maybe there’s something to it… three great publishers all from Pennsylvania,” she said, noting her tie to the Keystone State is in the fact she was raised there.

Perry thanked her fellow publishers for the distinguished recognition, one that she said she’s glad it happened now.