Given Donald Trump’s vulgar presidency, and still at the bottom of any economic or political metric, can things get any worse for Black people in the U.S? I suggest they can, but needn’t.  The key is strong effective leadership.  If Black leaders continue to emulate white America’s individualistic, materialistic leadership model, things will likely get worse.  But if Black leaders again embrace a group-oriented model grounded in moral and ethical values, Black life will undoubtedly improve.

Challenges and barriers constantly collide, impeding Blacks’ sustainable progress. But a  seemingly endless struggle for justice and equality would have proved fatal long ago but for Blacks’ storied resilience.  Resilience alone, however, is not sufficient; sustainable action is necessary because in the 21st century, Blacks are functioning as mere shadows of their full potential.

Ineffective, self-serving leadership and its cohort, disunity, render Blacks’ demands for justice weak and far short of being commensurate with their needs and numbers in the population.  Returning to group-oriented leadership is essential. Even collaboration with other groups is essentially wasted time and energy unless undertaken from a position of strength, not weakness.  Moreover, Black leaders often seem to lack the will and/or integrity to come up with strategic planning and action designed specifically to benefit all of those they are entrusted to serve.

The moral and economic principles and teachings of Dr. Martin Luther King, Jr. and Malcolm X have been largely discarded and, as Black commentator, Bruce Dixon intones, “Many Black leaders are unwilling or unable to defend the opportunities that made their emergence possible.”  Emulating Whites’ individualism and materialism is contrary to Blacks’ best interests, yet, they fail to insist its leaders seek alternative approaches that better address their specific needs. This must change.

Blacks also tend to leave nagging questions about white privilege unanswered.  For example, poverty, extensive violence in certain neighborhoods, high unemployment, poor education and police violence are obviously major problems that most Black leaders fail to tackle head-on, arguably because they have internalized America’s values with severely limited access to its benefits. Here’s another definition of white privilege by author Tim Wise (2008):  “When you can claim that being mayor of a small town, then governor of a sparsely populated state makes you ready to be President (Sarah Palin), and being a (Black) U.S. senator, two-term state senator and constitutional scholar (Obama) means you’re ‘untested’, and people don’t soil themselves with laughter.”

In Los Angeles, as in other urban areas, everyone knows, or should know, public schools do not educate Black students and Black neighborhoods frequently top the list of homicides-with Blacks are primary victims.  Judging from their non-response, however, too many Black leaders seem to have too little interest in dealing with this and other race-related challenges confronting their Black constituents.  Do they actually believe these problems are low priority or that they cannot be solved?

Perceptions of today’s Blacks and those in the 1960s concerning moral and ethical leadership are starkly different.  Then, the unquestioned clarion call was for freedom, justice   and leadership accountability. Today, although civil rights violations are still common, the primary victims have been largely abandoned by Black leadership for a variety of reasons, not the least of which is a middle class that is now, better off financially, can afford more expensive material trappings and tends to look down on their poorer brethren. Many act as though the play is over, the curtain has come down and I’ve got mine…. let them get theirs.  Further, Black leaders, like others, but with far greater negative consequences, differ substantially among themselves on political and economic issues and remedies. These days, they even disagree on the nature of important community problems.  And as mentioned, the chasm between today’s middle-class and poorer Blacks makes it even harder to navigate an already unequal playing field.

The at first soothing, but eventually disappointing, myth of Brown v. Board of Education and subsequent passage of civil and voting rights legislation lulled many Blacks into believing they had made it and live in a ”post-racial society.”  Although never of one voice, even during the civil rights era, Blacks united during crises and persevered despite massive barriers. The need for such unity and resilience is more crucial now than ever.

Today, traditional Black civil rights organizations seem to have lost touch with their rank-and-file members and depend heavily on corporate money.  Sadly, expressions of concern have largely replaced hands-on action strategies to secure full civil and human rights for those most in need.

Leadership is the lynchpin of actual change. However, too many Black leaders have become neither effective nor accountable to their Black constituents, which makes group-oriented ethical leadership   more crucial than ever. Although Black elected officials are most often singled out for criticism, all Blacks in leadership positions must be accountable to those they represent.

Slavery’s tentacles still impede Blacks’ efforts to unify which is also manifested in self-serving opportunists masquerading as bona fide leaders.  If Black leaders continue to emulate the individualistic and materialistic white leadership model, the naysayers will have been proven correct and the future is indeed bleak. Ultimately, the Black community itself is responsible for ensuring that this does not happen. But Black leaders are chiefly responsible for disproving fatalistic prognostications by charting a course for the future that actually empowers their much maligned, long-suffering Black constituents. 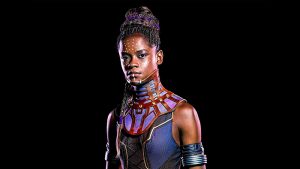 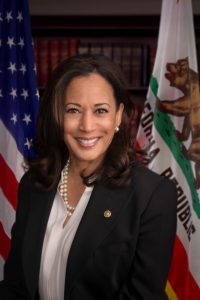 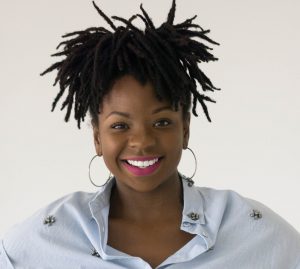