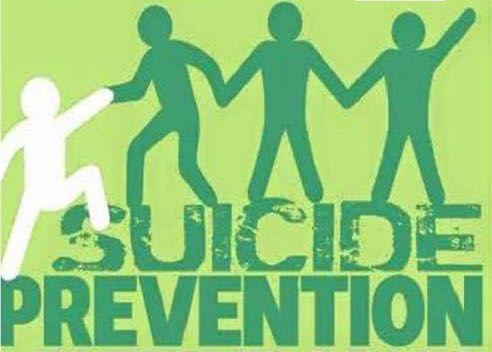 According to the Men’s Foundation of South Africa, 450 men take their lives every month with four out of five deaths being the result of suicide.

Last month, Professor Bongani Mayosi succumbed to the pressures of being one of the few Blacks at the mostly White University of Cape Town’s Department of Medicine and Groote Schuur Hospital, colleagues said.

Mayosi was a world class cardiologist who focused his research on bettering the lives of Africans. In 2014, he presented the first data set tracking rheumatic heart disease in Africa, the most common cause of heart disease among schoolchildren in Africa.

“On a continent only now grappling with the true toll of non-communicable diseases, Mayosi’s work was invaluable,” wrote Lynsey Chutel in the online news magazine Quartz.

At the Psychology Dept of Stellenbosch University, Dr. Jason Baijies expressed concern that South Africa, like most countries in Africa, lacks an explicit and comprehensive strategy to prevent suicides – especially when a suicide is completed every hour in South Africa.

This year, the WHO in collaboration with the Mental Health Commission of Canada has prepared a toolkit to help communities to prevent suicide.

The toolkit outlines ways to prevent such deaths, one of which is knowledge of the most commonly used methods and restrictions of access to these methods. Other examples include policies to limit alcohol and drug abuse, effective mental health care, and follow-up care for attempted suicide cases.

Suicide is the visible end product of struggle, stress, mental illnesses or disorders.

In South Africa, a research project at the Nelson Mandela School of Medicine found that suicide is on the rise in the country and that children as young as 10 are committing suicide.

“Our youth are increasingly attempting or committing suicide as a result of depression,” said Michelle de Sousa, Project Manager of the South African Depression and Anxiety Group (SADAG).

In Uganda, the World Health Organization ranked the country as 17th in the world in suicide deaths, with just under 19 per 100,000 deaths.

Although suicide data on the continent is extremely scarce, these various reports alone force the idea that suicide in Africa, and the attitudes towards it, need to be talked about.