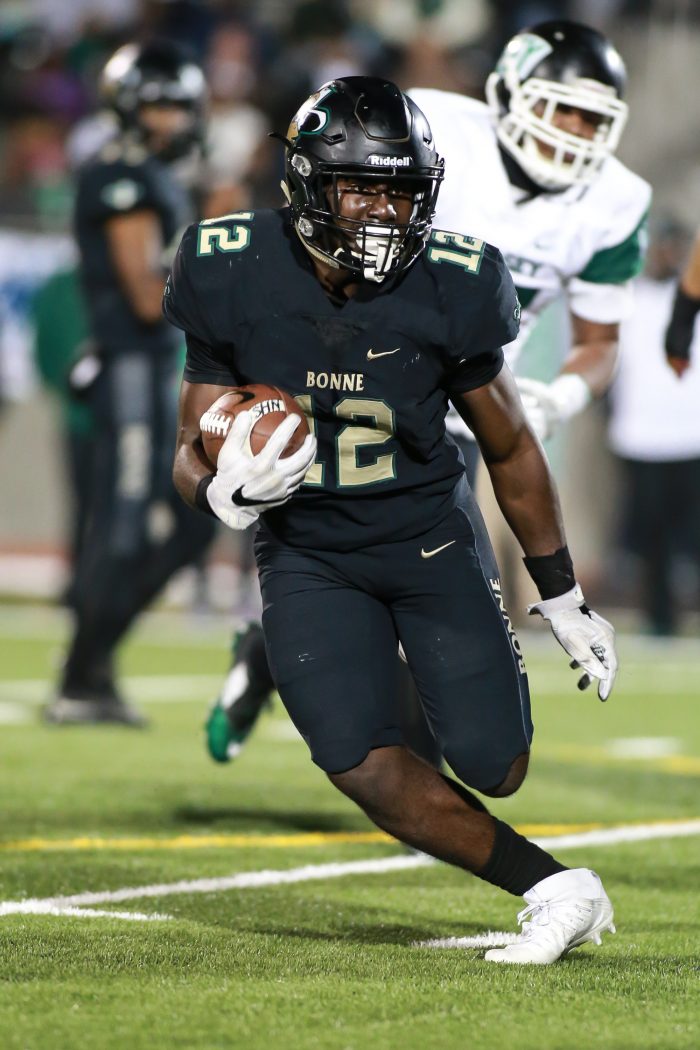 Both the Dorsey Dons and the Narbonne Gauchos football teams were close to making history on Saturday Night. A win for Dorsey would give the Dons their first City Championship in 15 years. For Narbonne, the hope for a three-peat loomed. The Gauchos fought against an indomitable Dons squad to survive for a 42-34 win.

“We got a lot of good players and they buy into our system,” said Gauchos football head coach Manuel Douglas. “A lot of good coaches who put a lot of time in.”

Penalties on both teams littered the early minutes of the game. A personal foul on Dorsey led the Narbonne offense to Dorsey’s 15-yard line. Wide receiver Stephon Robinson made a touchdown-scoring play during the third down. After a sound kick through the uprights, the Gauchos led 7-0 with 8:44 left in the first quarter.

A carry by Dons running back Keeshawn Johnson and a Gauchos penalty put Dorsey on the outskirts of Narbonne territory. The Dons returned the ball to Narbonne; passes made in the second and third down advanced the Gauchos. 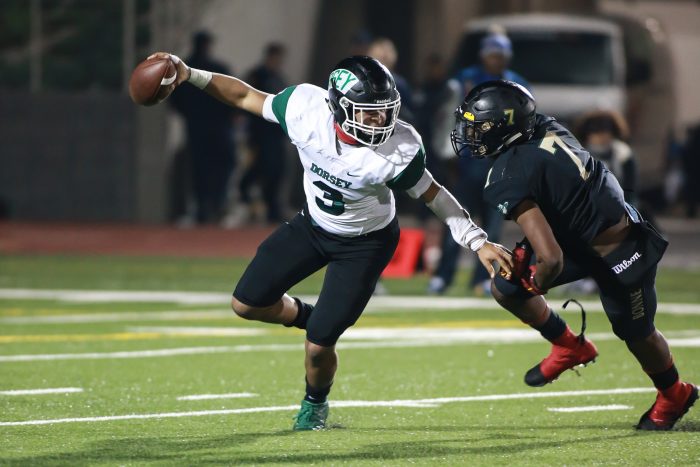 From Dorsey’s 35-yard line, Narbonne quarterback Jalen Chatman chucked a pass to Robinson, resulting in a touchdown. The Gauchos were up 14-0 after another good touchdown kick.

“We started out fast, that was our goal,” Chatman said. “We just tried to score on every drive.”

To open up the second period, Gotoy launched a touchdown pass to tight end Isaiah Smalls and completed a seven-point play.

Narbonne reached the Dons’ red zone and fumbled. The Dons regained possession, but the Gaucho defense kept Dorsey in their own territory. 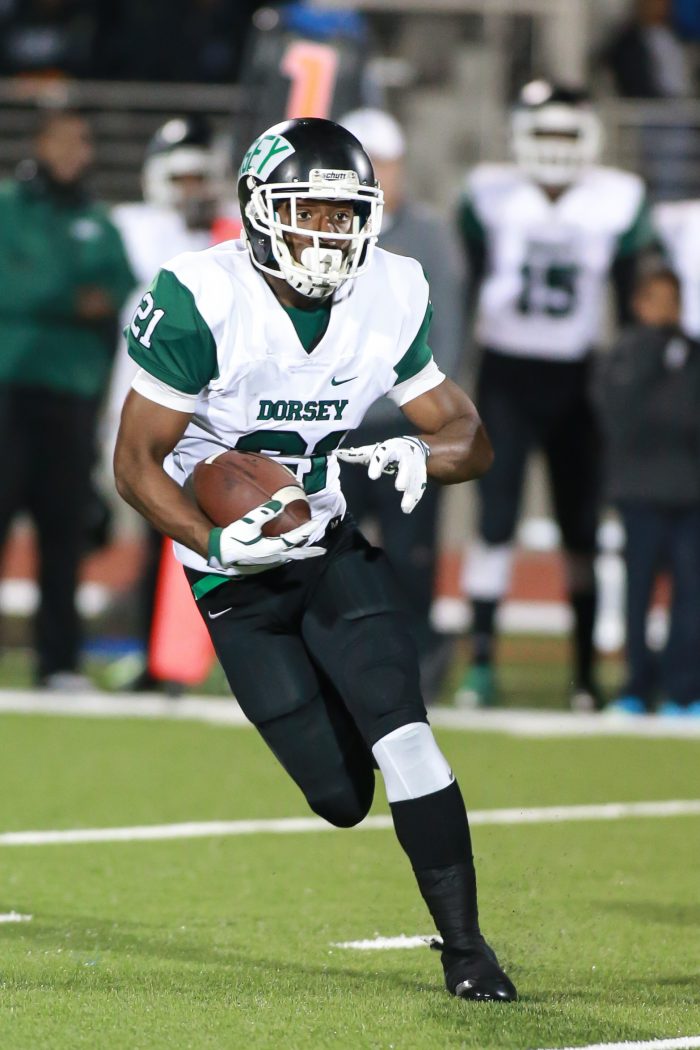 A penalty called on Dorsey put Narbonne close to the 50-yard line. Passes to Robinson and running back Kameron Denmark moved the Gauchos forward.

Wide receiver Tre Walker completed a short-range pass to earn Narbonne a touchdown and executed a two-point conversion. The Gauchos continued their dominance with 22 points.

With seconds left in the second quarter, Narbonne earned another 7-point play. The Halftime score was 29-7 in favor of Narbonne.

The heart of the Dons never wavered; they marched into the third quarter full of valor, preying upon what became a scoreless quarter for the Gauchos.

Wide receiver Elijah Boykin, Johnson, and Mickens moved the ball closer to the Gaucho’s end zone. Gotoy sent another touchdown pass to Smalls and another seven-point play was executed. Dorsey was at 14 points.

At the beginning of the fourth quarter, Gotoy connected with Mickens and scored again. Dorsey then had 21 points. In their next possession, the Dons offense earned two consecutive first downs before wide receiver Jordan Wood caught a touchdown pass. After a failed two-point conversion, Dorsey rallied back 27-29 against Narbonne.

The Gauchos responded to Dorsey’s momentum, scoring in their next possession; Narbonne pulled way with 35 points. Penalties and a sack in the backfield pushed Dorsey to their 11-yard line. Gotoy fumbled in the endzone and Narbonne recovered the ball. With 6:25 left in the fourth quarter, Narbonne had 42 points.

Dorsey rallied on to score a touchdown by wide receiver Wayne Johnson, moving their score up to 34 points in the final minutes of the game.