From its founding in 1909 to today, the National Association for the Advancement of Colored People (NAACP) has endured as a vital advocacy organization dedicated to freedom and justice for all. From July 20-24, the nation’s oldest and largest civil rights organization’s annual convention met for the 110th time in Detroit’s Cobo Hall.

This affectionate granddaddy of Black conventions, known for its timely topics, added student loan debt to its 2019 agenda. Co-releasing a research report with the Center for Responsible Lending (CRL), the NAACP added its voice and influence in the continuing public policy debate and dilemma wrought by an unsustainable $1.5 trillion of student debt.

Entitled, QUICKSAND: Borrowers of Color & the Student Debt Crisis, the report examines how this unprecedented level of debt weighs heaviest on Black America. It also offers a series of reforms designed to free borrowers of all colors in a fair and equitable manner.

“The student loan debt crisis puts deeply held beliefs like the value of hard work, the transformative power of education, and the ability to build wealth during one’s own lifetime into question,” states the report. “The balance sheets of millions of borrowers and this nation demonstrate that our current student debt system operates in direct contraction of these ideals.”

As earlier reported in this column, Black Americans today have a dime for every dollar of wealth held by whites. That racial wealth gap forces Black families to borrow more frequently and incur deeper debts to finance college costs than their white counterparts.

Stagnant incomes that have remained nearly the same over the past 20 years is also a contributor to the student debt crisis, This data point from the Federal Reserve Bank of St. Louis, is further strengthened by a $7 billion drop in state funding for two and four-year public colleges that occurred from 2008 to 2018, according to the Center on Budget and Policy Priorities.

These and other contributing factors led to the joint report’s key findings that include:

And for young college graduates, the research found an average seven years delaying a first-home purchase, as well as delays that prevented younger consumers from creating new households or starting families.

“It has become increasingly more difficult for those without financial wealth to have a sustainable pathway to higher education,” noted Debbie Goldstein, CRL Executive Vice President. “Fortunately, however, the student loan crisis is solvable.”

Thanks to this joint report, a path to loan repayment and forgiveness is added to the continuing public debate. Here’s hoping that policymakers will understand that effective reforms will better serve both consumers and the nation’s economy. 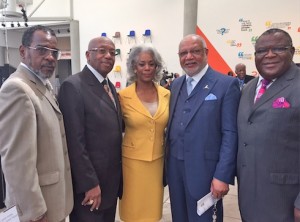 Women of all Ages Celebrate the Life & Times of Biddy Mason