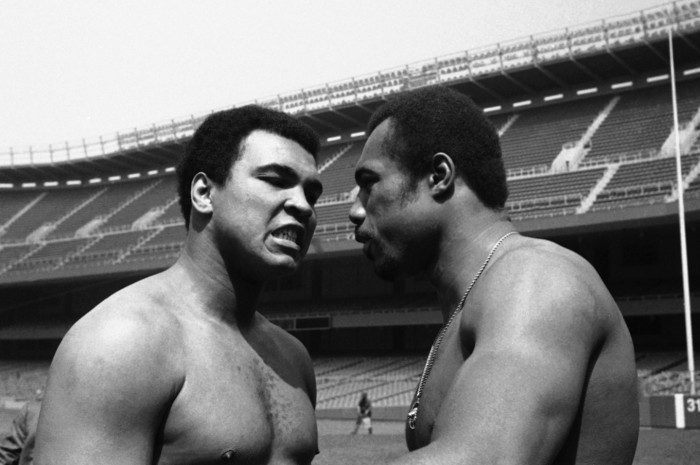 World heavyweight boxing champion Muhammad Ali, left, faces up to Ken Norton, one of the two men ever to defeat all on Thursday, June 5, 1976 at New York?s Yankee Stadium after announcing their third meeting in a title bout. The two will meet on September 28 championship match at the stadium, first of such since Ingemar Johansson knocked out champion Floyd Patterson in 1959. (AP Photo/ Marty Lederhandler)

Renowned boxer and courageous activist Muhammad Ali left the world on Friday at 74-years old. For decades, Ali used his boxing talent as a foundation to influence Black pride and to display his allegiance to the Nation of Islam.

His performance in the ring was graceful, spontaneous, and intense. Ali’s nimble feet dodged jabs, his blows would subjugate several opponents multiple times. His boxing intelligence allowed him to ‘rope-a-dope’ and finished them off with an ‘anchor punch.’

Once Ali was outside the ring, his confidence and charisma equaled his boxing ability. Never too shy to spew trash talk and exalt himself, Ali coined several rhymes and phrases like “Float like a butterfly, sting like a bee.” This also kept his name buzzing and flowing through the public conscious.

Ali earned his place on the U.S. Olympic boxing team in time for the 1960 Olympics in Rome, Italy. After defeating Poland’s Zbigniew Pietrzkowski, the then 18-year-old Ali earned a gold medal for light heavyweight boxing.

With the help of the Lousiville Sponsoring Group, Ali became a professional boxer. Ali garnered public interest with his poetic oratory skills, often referring to himself as “the greatest.” In his first match as a pro, he battled against the police chief of Fayetteville, West Virginia and won in six rounds.

Ali fought in 20 matches before his world title bout against Sonny Liston in February 1964. The world title fight was his last match as Cassius Clay, who defeated Liston after six rounds.

Briefly after becoming the world champion, Ali announced that he became a follower of the Nation of Islam and changed his name to Cassius X. By March 6, 1964, Nation of Islam leader Elijah Muhammad gave him the name Muhammad Ali.

A year later, Ali faced Liston in a rematch demanded by the World Boxing Council. Ali triumphed over Liston again, but in the first round. The Ali shuffle made its debut on November 14, 1966 while fighting Cleveland Williams. Ali annihilated Williams after four knockdowns and 100 landed punches. Williams only hit Ali three times.

Controversy struck in April 1967 when Ali boldly refused to be inducted into the United States Military during the Vietnam War due to his religious beliefs.

“Why should they ask me to put on a uniform and go ten thousand miles from home and drop bombs and bullets on brown people in Vietnam while so-called Negro people in Louisville are treated like dogs and denied simple human rights?” Ali said on February 17, 1966.

Ali audaciously talked about the racism and inequality in America during televised interviews, remarking on how he would rather be arrested than be an American soldier. Ali was arrested under felony charges; he soon lost his boxing license and his world title.

Ali was allowed to return to boxing in 1970. A year later, the Louisville native battled heavyweight champion Joe Frazier in a match coined “Fight of the Century.” Frazier won the match after 15 rounds, but lost to Ali in their 1973 rematch.

Frazier and Ali would fight again in October 1975 in the Philippines in the “Thrilla in Manila” match. The match went on for 14 rounds before Frazier’s trainer decided that he should give up. After a few tough matches, Ali decided to retire in 1981 with 56 wins and five losses with 37 knockouts.

A year later, Ali was diagnosed with Parkinson’s disease, he would not announce it to the public until 1984. In retirement, he got involved with the Muhammad Ali Parkinson Center, the Make-a-Wish foundation and the Special Olympics.

In 1996 Summer Olympics, Ali lit the Olympic cauldron to start the ceremonies. Ali opened the Muhammad Ali Center in Louisville, Kentucky in 2005. That was the same year former president George W. Bush awarded Ali with the Presidential Medal of Freedom.

A champion advocate for African Americans, Ali left behind his children, including star boxer Laila Ali, a multitude of fans and his rich legacy. 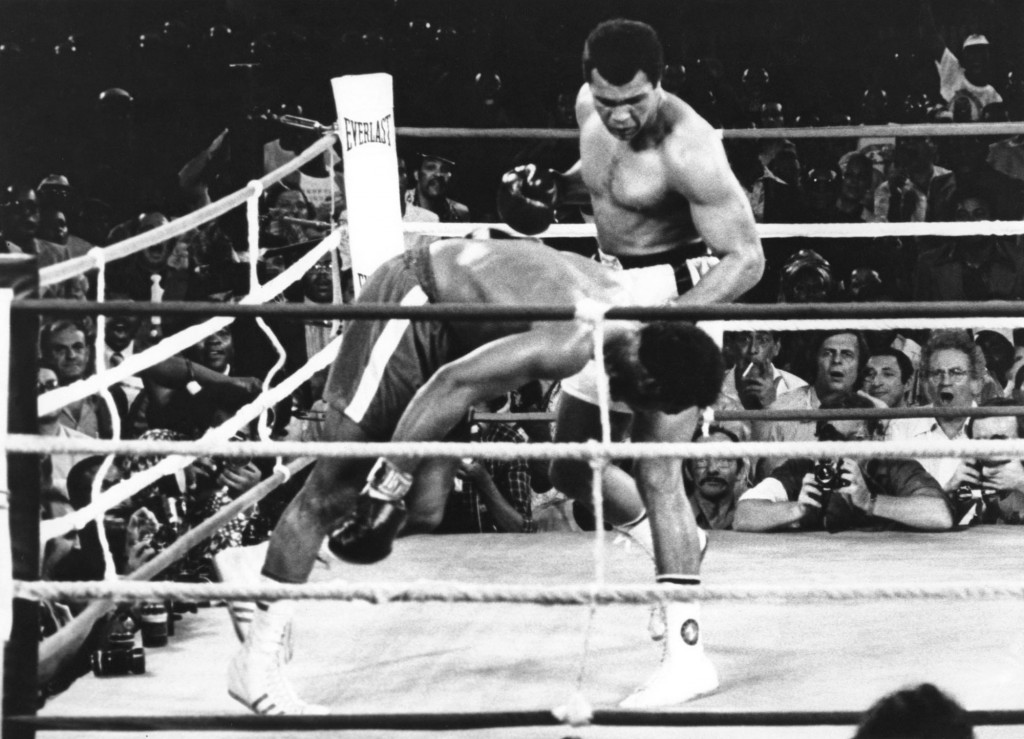 FILE – This is a Oct. 30, 1974 file photo Muhammad Ali watches George Foreman head for the canvas after being knocked out in the eighth round of their match in Kinshasa, Zaire. Ali, the magnificent heavyweight champion whose fast fists and irrepressible personality transcended sports and captivated the world, has died according to a statement released by his family Friday, June 3, 2016. He was 74. (AP Photo, File) 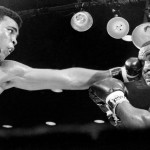 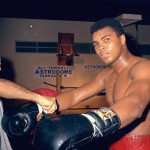 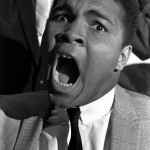 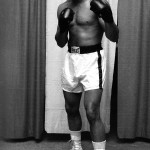 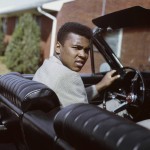 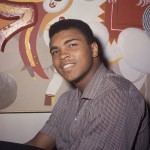 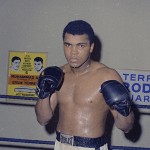 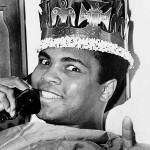