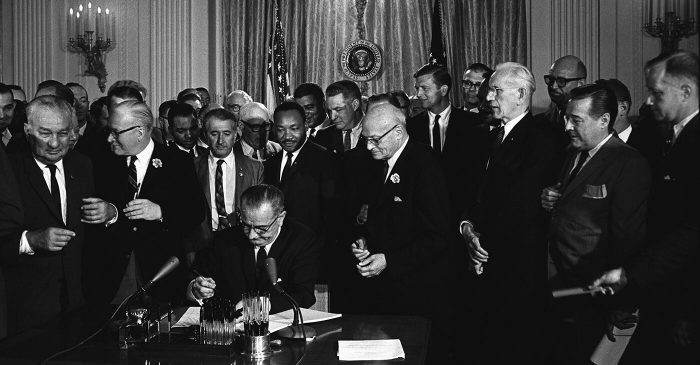 With Martin Luther King Jr. Day around the corner and 58 percent of Americans saying increased diversity makes the United States a better place (while only 9 percent say it makes the U.S. worse), the personal-finance website WalletHub has released its report on 2019’s States with the Most Racial Progress.

The District of Columbia has the lowest gap in homeownership rates between whites and blacks, at 13.41 percent while Connecticut has made the most progress in closing this gap since 1970, with a change of 8.25 percent, according to the report released on Tuesday, Jan. 15.

Hawaii enjoys the lowest gap in median annual household incomes between whites and blacks, at 7.74 percent, and has made the most progress in closing this gap since 1979, with a change of 33.19 percent.

Meanwhile, South Dakota has the lowest gap in unemployment rates between whites and blacks, at 0.85 percent and North Dakota has made the most progress in closing this gap since 1970, with a change of 12.94 percent.

Hawaii has the lowest gap in poverty rates between whites and blacks, at 0.87 percent and Mississippi has made the most progress in closing this gap since 1970, with a change of 24.80 percent, according to the report.

New Mexico has the lowest gap in the share of adults 25 years and over with at least a bachelor’s degree between whites and blacks, at 0.83 percent, and has made the most progress in closing this gap since 1970, with a change of 5.71 percent.

To measure America’s progress in harmonizing racial groups, WalletHub researchers measured the gaps between blacks and whites across 22 key indicators of equality and integration in each of the 50 states and the District of Columbia.

In light of the high-profile police-brutality incidents that sparked the Black Lives Matter movement and the holiday honoring Dr. Martin Luther King Jr., the report only examines the differences between blacks and whites.

In overall rankings of the most racially integrated states, the District of Columbia finished last while Wisconsin, Maine, Iowa and Minnesota were among the worst five.

The survey also listed those with the highest voter turnout gap in the 2016 presidential election: D.C., Connecticut, Kansas, Wisconsin, and Washington state – and the states with the lowest voter turnout gap: Kentucky, Alabama, South Carolina, Nevada, Colorado and Texas.

The report authors wrote that in 1963, King introduced the world to his dream of a colorblind society — one that focuses on character, not on complexion. However, they said, segregation and discrimination continue to persist.

The authors also noted that views on systemic racism differ sharply across racial lines. According to a survey by the Pew Research Center, 92 percent of blacks said that “whites benefit a great deal or a fair amount from advantages that blacks do not have.”

In contrast, only 46 percent of whites agreed with that statement.

“The racial wealth gap between blacks and whites in the U.S. is due to structural racism, which have advantaged average white families and historically restricted wealth building opportunities among blacks,” said Caryn Bell, a WalletHub expert and assistant professor in the department of African American Studies at the University of Maryland.

“Some of these policies were ‘color-blind’ but at times inadvertently — and many times specifically — restricted blacks from these opportunities,” Bell said. “Because wealth building is generational, the policies and programs of the past that advantaged whites and restricted blacks have effects today and are the root causes of the huge racial wealth gap we see today,” she said.

The key to addressing racial inequality is acknowledging the existence of race-based inequities, said Mamadi Corra, a professor in the sociology department at East Carolina University.

“But acknowledging the existence of racial inequality also requires following up with actions aimed at mitigating it,” Corra said.

“It follows that states that have been more successful are those that acknowledge the existence of racial inequality, and also follow this acknowledgement with actions to address inequality. And, I think it begins with education. Without directly naming any states, some have actively reduced support for public education, while others have increased or, at the least, maintained support,” he said.