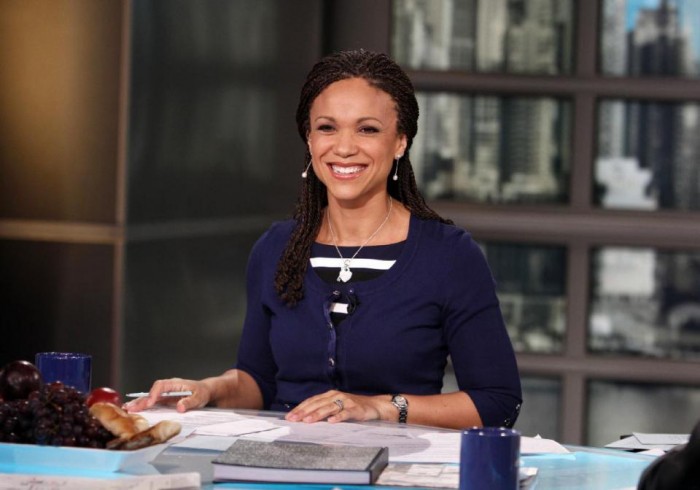 In this Feb. 18, 2012, file photo, provided by MSNBC, Melissa Harris-Perry appears on the set of her self-titled show in New York. The National Association of Black Journalists expressed concerns about MSNBC’s diversity record in the wake of the noisy exit of weekend host Harris-Perry. (Heidi Gutman/MSNBC via AP, File)

MSNBC’s facelift over the past two years has cut the airtime of some of its most prominent minority personalities — and it is starting to be noticed.

The National Association of Black Journalists expressed concerns about MSNBC’s record in the wake of the noisy exit of weekend host Melissa Harris-Perry. The network said Thursday that it is proud of its diversity effort and noted that people of all ethnicities have seen their roles reduced or eliminated as part of a transition to more breaking news coverage.

Harris-Perry, who is black, had been proud of bringing new voices to television on her weekend MSNBC shows. The Wake Forest University professor questioned her future at the network after her show had been pre-empted for several weeks due to weekend political coverage.

Civil rights activist Al Sharpton’s daily program was eliminated in the past year, and he now hosts a Sunday show at MSNBC. Joy Reid lost a weekday show and is now an MSNBC contributor. Toure was part of a weekday ensemble show that was eliminated, and Alex Wagner’s weekday show was also ended. Recently, Jose Diaz-Balart’s weekday morning show has been missing due to political coverage, although he was back on the air Thursday.

Illinois congressman Luis Gutierrez also made note of the issue this week in a House speech.

“Forgive me or not noticing just how much progress NBC was making on diversity when some of the most visible people of color at MSNBC — like Alex Wagner, Melissa Harris-Perry and Jose Diaz-Balart — are disappearing,” he said. “Journalists of color bring a different texture, a different perspective on what issues matter and what should be debated and discussed on television.”

Richard Prince, who writes a blog about minority issues in journalism, said MSNBC has been rightly proud of having a larger minority audience over the past few years than other news-oriented networks. But “there is some retrenchment and I think there is some concern about that,” he said.

“MSNBC is extremely proud of the diverse range of talent, voices and perspectives on our air and we would put that up against anybody in the business,” MSNBC spokesman Mark Kornblau said.

Asked why a personality like Diaz-Balart could not anchor the political coverage, Kornblau said many of the anchors have been working from the road and it was difficult for Diaz-Balart, a Telemundo anchor, to do so. Craig Melvin, who is black, was anchoring political coverage from Ohio early on Thursday afternoon. Tamron Hall, who is black, has retained her prominent role in MSNBC’s daytime lineup.

Kornblau noted that MSNBC had to make changes to its schedule due to low ratings. In the past year, MSNBC’s viewership has increased by 95 percent during daytime hours, according to the Nielsen company.

Alex Nogales of the National Hispanic Media Coalition expressed some concern about Diaz-Balart’s absence, but said he hadn’t done a study of MSNBC’s Hispanic presence since its recent management changes.

Nogales congratulated MSNBC for its ratings surge due to the political focus, but said it is important to keep Latino voices in mind, particularly when the impact of Donald Trump’s campaign is analyzed. 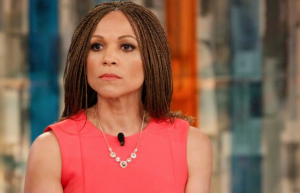 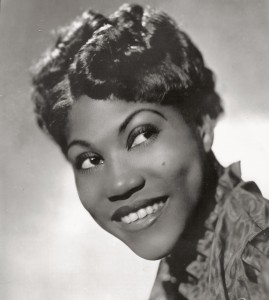 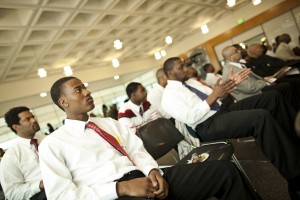