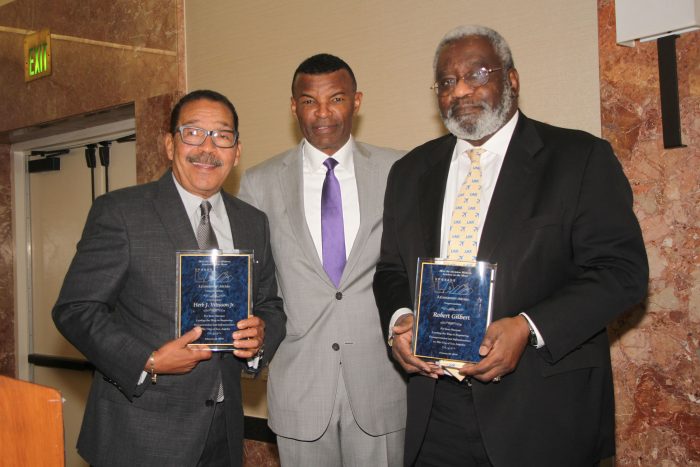 With over 150 small business owners, faith leaders and community leaders in attendance, Meet the Decision Makers honored Council President Wesson for the decades of public service and commitment to uplifting communities throughout Los Angeles and LAWA’s Bob Gilbert for his leadership and innovation in aviation. KJLH radio personality, Dominique DiPrima served as mistress of ceremony. 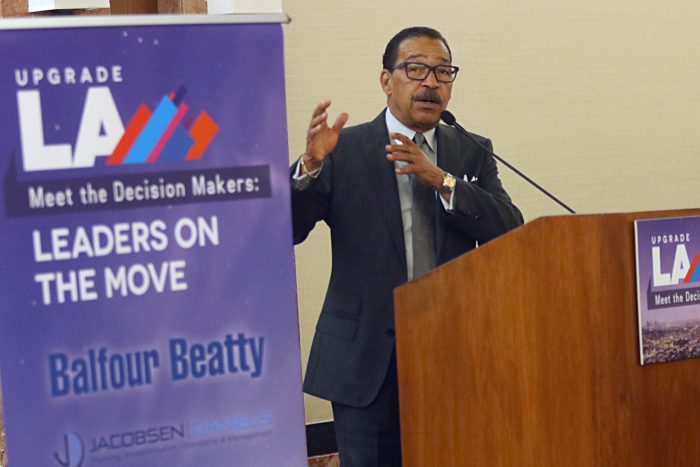 Bob Gilbert shared that of the $1 billion that LAWA has spent thus far on LAX modernization, $350 million of that has been paid to small businesses. He also inspired the audience with his success story and words of encouragement. Gilbert said, “Success isn’t a straight path, it’s a ladder that you have to climb and when opportunity presents you with a door, it’s up to you to turn the knob and continue pushing for more.”