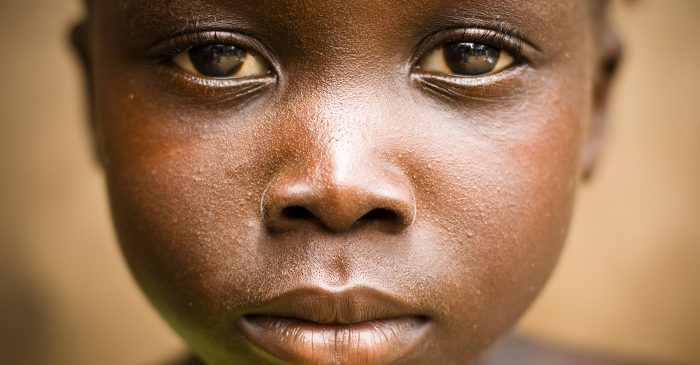 Economic growth in Africa has been impressive, but a sad reality remains: However prosperous, the results have had little impact on child nutrition.

“Around 60 million children across the continent suffer from it. Not the mildly uncomfortable hunger that comes from skipping the odd meal, but permanent, relentless malnourishment, stunting and wasting,” said H.E. Machel, a child rights campaigner who chairs the Africa Child Policy Forum’s international board.

[Stunting is the impaired growth and development that children experience from poor nutrition, repeated infection, and inadequate psychosocial stimulation].

As of two years ago, 28 African nations depended on food aid, according to the Food and Agriculture Organization of the United Nations – or FAO.

One of the worst hunger crises of the past 25 years was the famine in East Africa in 2011/12, according to the FAO.

Sub-Saharan Africa is also a hotbed of chronic hunger due to extreme poverty, the FAO said.

The organization notes the definition of chronic hunger: people suffer from chronic hunger if their daily energy intake for an extended period of time is below what they would need for a healthy and active life.

The lower limit is an average of 1,800 calories per day.

According to this measure, 226.7 million people are starving in Africa.

The countries most affected by extreme poverty and hunger in Africa are mainly those located south of the Sahara.

One in four people suffers from hunger there – which means that the share of the world’s hungry is highest in sub-Saharan Africa, the FAO said.

In the sub-Saharan region, 40 percent to 50 percent of people live below the poverty line, meaning they have a daily income that is on average below $1.25.

This means that sub-Saharan Africa, along with southern Asia, is one of the poorest regions in the world.

H.E. Machel said it doesn’t have to be this way.

“As African governments decide where to spend their money, they must remember that here is a powerful economic argument for reducing child hunger,” H.E. Machel wrote in an editorial for Financial Times.

“For every dollar invested in reducing stunting, there is a return of about $22 in Chad, $21 in Senegal and $17 in Niger and Uganda,” she said.

The benefits are even higher if the investment is made early in a child’s life, ranging from $85 in Nigeria to $60 in Kenya.

Halving rates of child stunting by 2025 could lead to average annual savings ranging from $3 million in Swaziland to $376 million in Ethiopia, according to FAO.

“Africa’s economic growth over the past two decades has been impressive, but it has had little impact on child hunger,” H.E. Machel said.

“Despite average 2 percent annual Gross Domestic Product growth in Kenya, stunting increased by 2.5 percent. And in Nigeria, 4 percent average annual growth did not lead to any reduction in stunting at all,” she said.

Child hunger is fundamentally a political problem, the offspring of an unholy alliance of political indifference, unaccountable governance and economic mismanagement, H.E. Machel concluded, noting that the continent’s food system is broken.

“Agricultural economic growth targets encourage the production of major cereal crops – often for export – instead of more nutritious foods like pulses, fruit and vegetables,” she said.