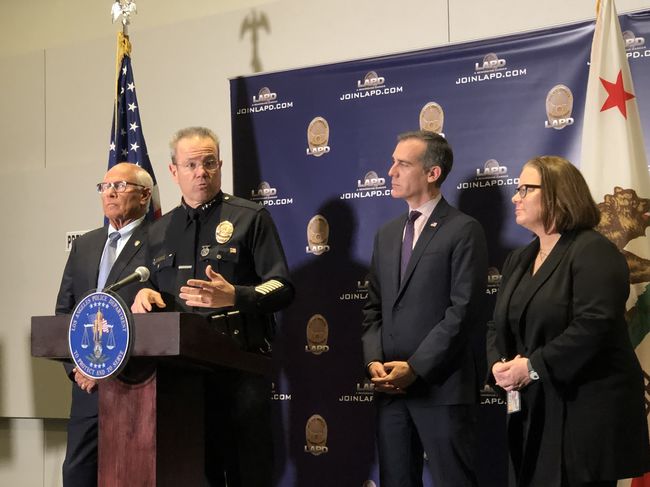 LAPD Chief Michel Moore, at podium, and L.A. Mayor Eric Garcetti address the decrease in crime in the city of Los Angeles in 2018.

Crime dropped in Los Angeles in every major category in the city in 2018, Los Angeles Mayor Eric Garcetti announced recently.
Homicides were down 8.2 percent, violent crime was down 4.5 percent and property crime was down 1.8 percent. Homicides totaled 259, down from 282 in 2017.

“This was the second-lowest number of homicides that we’ve had in over 50 years, and when you compare to how it looked in 1992, a year of turbulence and unrest here, it’s pretty remarkable. Violent crime is down 67 percent since then,” Garcetti said, referring to the 1,092 homicides recorded in 1992.

Moore, who was sworn into office last June, said “the real story is that this is one of the safest times to live in Los Angeles in all of our history.”

The LAPD also had 13 fewer officer-involved shootings, which Moore said was the result “of this department taking the direction and guidance from our police commission, the expectation of our mayor and other public officials that we approach our work with an emphasis on de-escalation.”

Garcetti noted that the department added more than a million patrol hours in 2018 without adding significantly to the number of sworn officers, which increased slightly from 10,029 officers to 10,040. About half of the increase in patrols was due to the LAPD taking over patrol of Metro trains and buses within the city from the Los Angeles County Sheriff’s Department mid-way through 2017, making 2018 the first full year of the new deployment. 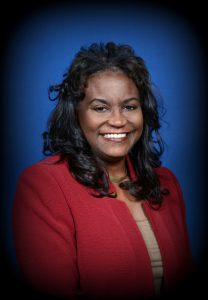 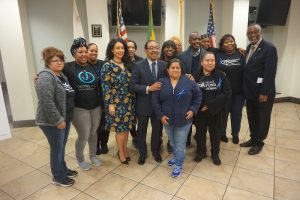