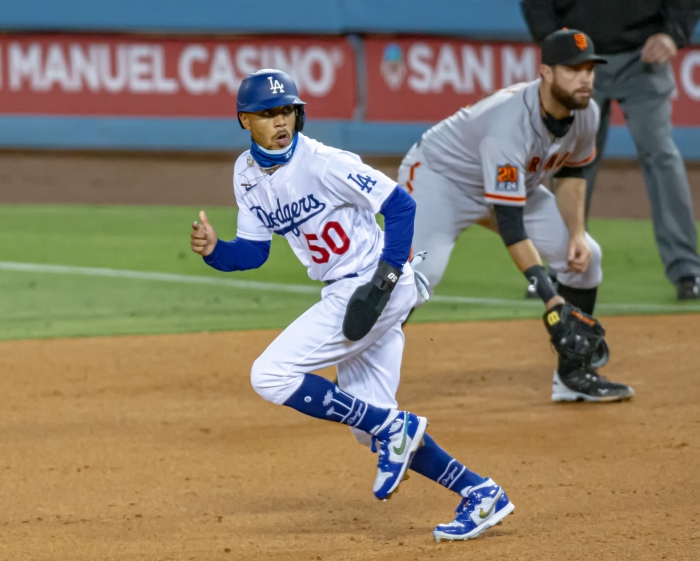 The Los Angeles Dodgers defeated the San Francisco Giants 7-2 on Friday. As a team the Dodgers hit four home runs. Manager Dave Roberts praised newly acquired superstar Mookie Betts for being a student of the game, bringing energy in the win. Yesterday, he returned to the dugout after being sidelined four days after dealing with a finger injury and helped lead the Dodgers to victory.

Roberts said, “It was really impressive. Obviously he is one of the great players in the game. For Mookie to take those at bats and the double, the homer. He gave us a little bit of life, and after that, guys followed suit.” 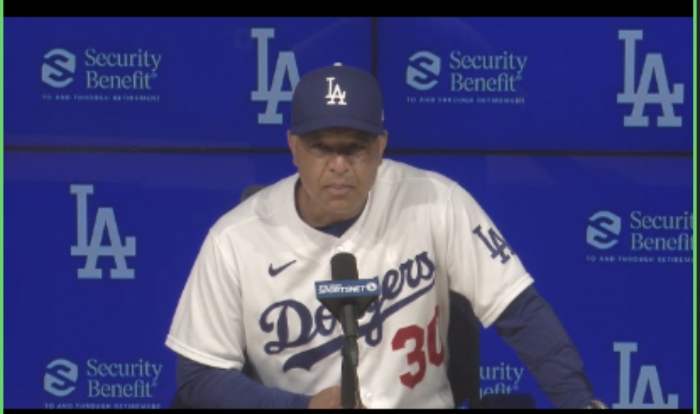 Dave Roberts speaks on Mookie Betts being a student of the game. (Courtesy photo)

While recovering, Betts was still engaged and finding ways to learn, according to Roberts. Roberts speaks on the process of learning Betts. “I learned a lot about him. Something that we probably already knew. He was eager to help in any way he could. When you’re talking about a superstar player that isn’t available to hit, you know sometimes it can be difficult to get them into a game and be a defensive replacement.”

Betts was contributing any way he could, and it was easy for him to return Roberts states. “He wasn’t in the clubhouse with his shower shoes on. He’s a student of the game, wants to be there for his teammates in any way possible.” The superstar right outfielder says that is his personality, to help the team win, and he knows when it is his time to learn. “He loves to play the baseball game and help the Dodgers win. Something that I already knew but it’s good to see,” Roberts tells reporters. As we walked out of the press conference, Roberts yells, “Great job Mookie!” 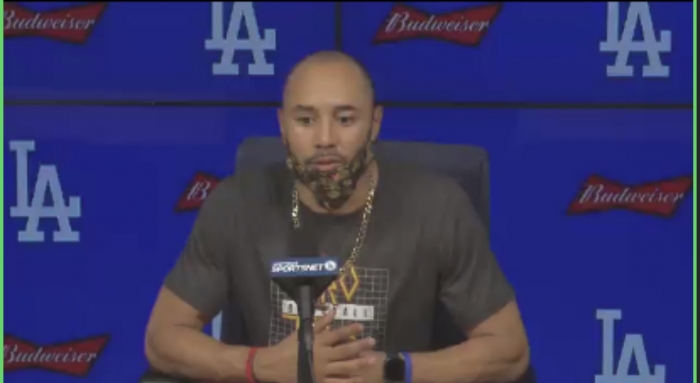 Betts acknowledges that he was added to a playoff team, making it to the world series, so it was easy for him to return. “There’s always time to learn; you have just to pick spots to spend your energy. I think I pick my spots, and I try to give it my all mentally,” says Betts.

He notes that physically, he has to pull back, such as getting tired sometimes because he exerts too much energy. Betts keeps himself motivated by finding ways to learn and finding ways to help and things to do because Baseball is humbling.

Roberts says the day to day health protocols are becoming normal.The Dodgers are now 10-4 and will host the Giants this Sunday at 6:10 pm.