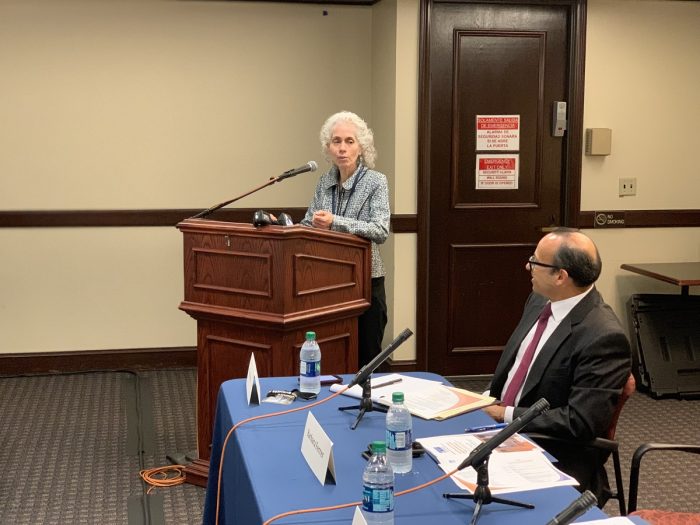 Immigrants in California make up approximately 178,000 Blacks whose numbers have more than doubled in recent years, yet they remain invisible with unmet needs, according to the Black Alliance for Just Immigration.

Black immigrants face issues of cancellations of Temporary Protective Status and Deferred Enforced Departure for Haiti and African countries, attacks on family sponsored and diversity visas (sponsorships by families or by lottery), a Muslim ban, and minimal legal services.

At a time of deepening fear and distrust of government among immigrant communities, Los Angeles County leaders and a host of community partners are working to ensure their needs are met in 2019 and beyond.

The county held the briefing to mitigate or at least address the growing fears stemming from anti-immigrant policies of the federal government.

Approximately 6.5 percent of immigrants (11,570) are non-citizens, and 1 in 10 foreign-born Black immigrants are from Mexico. They lack language access, legal services, adequate healthcare and educational and job opportunities.

During the January 18, news briefing at City Hall, organized by Ethnic Media Services, Rigo Reyes said the aim is to be more responsive in a culturally and linguistically competent way to the community and community partners are crucial in the equation.

As executive director of the Office of Immigrant Affairs for the Department of Consumer and Business Affairs, Reyes painted an impact picture with statistics and the county budget.

“The county has 10 million residents, a population larger than 42 states in the country … Of the 10 million, 45 percent are immigrants … nearly 60 percent of all kids born in the County of Los Angeles, at least one parent is an immigrant,” Reyes detailed. “Just think of dynamics in those mixed families,” he said.

From food and clothing to shelter and medicine, billions of dollars in funding is readily available to serve those children and families, and Reyes outlined just how far-reaching impact of the aid and services are.

“Forty-two percent of employees, not employable, but employed people in the County of Los Angeles are immigrants. Immigrants contribute 35 percent of the County’s GDP (Gross Domestic Product), similar to the population, so just what imagine what it means to the county just economically,” Reyes said. “If we don’t support these communities to do well, then the county doesn’t do well,” he added.

According to Reyes, it behooves the county to do all it can to promote the success, protect the rights of, and to welcome and reassure the immigrant communities that’s it’s there to help them. The aid includes everything ranging from healthcare, education, libraries, fire, and law enforcement, he went on. 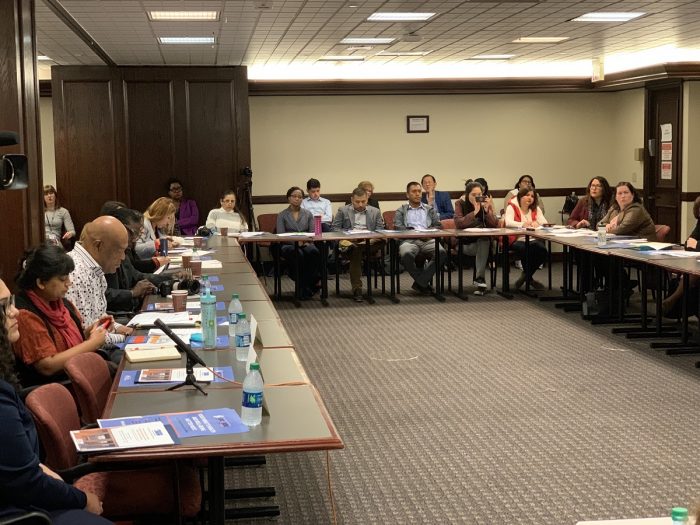 The services through its $32 billion budget are for residents, whether they are “undocumented” or not, but people sometimes just don’t know, Reyes stated.

L.A. County Supervisor Hilda Solis was among a stellar panel and guest speakers who detailed one by one a plethora of resources they currently provide and more to come. This was the first news county news briefing aimed at ethnic media and their audiences, according to organizers.

“My biggest worry: apathy. We can’t just afford to sit back and allow for someone else to take up the role or voice their opinions. We have to also stand up,” said Solis.

She said county leaders want people to know there is a coalition working for them in solidarity and unity, which brings strength.

Panelists were joined by Dr. Barbara Ferrer, Director, Department of Public Health, who outlined a handful of underutilized services and debunked false narratives around services and made it clear that no one is denied medical services.

Roxana Molina, chief-in-charge of the Bureau of Program and Policy for the L.A. County Department of Public Social Services, explained that the State’s early issuance of CalFresh/Food Stamp benefits for February was not extra, but an advance due to the uncertainty around the federal government’s shutdown.

“What we’re trying to get the public to understand is these are not extra benefits for January, but they’re February benefits and that we really want to ensure they kind of like budget, because we don’t know what’s going to happen come March,” Molina stated.

According to Molina, DPSS’s 14,000 employees currently serves over four million individuals in L.A. County. MediCal is one of its programs that allows immigrants, especially those considered undocumented, without all of their necessary paperwork, to apply and receive benefits, she said.

“That may be for only what we call restricted and emergency services, but it is an ability for them to at least minimize the out-of-pocket costs,” Molina stated.