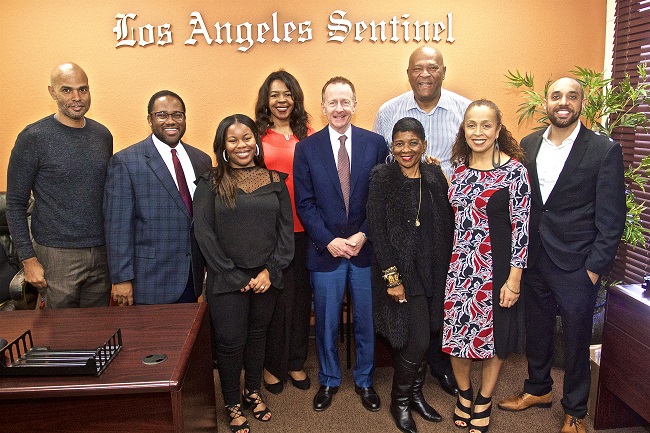 Winter break is over and school is back in session but this time without teachers? On December 19, 2018, United Teachers Los Angeles (UTLA) announced that they would be going on strike on during the start of the 2019 school year if the Los Angeles Unified School District (LAUSD) superintendent Austin Beutner failed to adhere to the following demands:

The potential strike was scheduled to take place on Thursday, January 10 with more than 34,000 educators including substitute teachers and special education teachers on the picket lines. However, it could be moved to Monday, January 14 due to LAUSD’s recent legal action.

On the third of January, Beutner filed a strike injunction to prevent special education teachers from participating, but the claim was denied by the federal court. Recently, LAUSD filed another injunction stating UTLA failed to give the district notice of their intent to strike.

“There has been one force at the bargaining table pushing to improve the educational experience for the 600,000 students in the district, and that has been UTLA and the parents and community standing with us,” said UTLA President Alex Caputo-Pearl in a statement. “By dragging us through bad faith bargaining for 20 months and refusing to invest in our schools, the district has disrespected our students and disrespected us. We have exhausted our options.”

In response to UTLA’s list of demands, LAUSD stated that if those demands were met, the district would go bankrupt. Instead, Beutner made a counter offer in an attempt to reach an agreement with UTLA, however, the district’s proposal was denied.

The district has determined that the strike could affect children, their parents, and the community at large which will force them to hire temporary employees to teach students.

“It is outrageously irresponsible for Supt. Austin Beutner to force this strike when the district holds $1.9 billion in reserves and it is even more irresponsible to think that 400 substitutes can educate more than 600,000 students.  We believe that it is illegal for the district to hire people outside our bargaining unit to teach in LAUSD classrooms,” said UTLA in a statement.

In an effort to address the teacher strike and tell his side of the story Beutner met with the Los Angeles Sentinel Newspaper, Our Weekly, Pace New, the Los Angeles Standard, and KJLH at the Sentinel headquarters for a Black press roundtable led by former assemlymember Sebastian Ridley-Thomas.  Beutner was joined by LAUSD local district west superintendent Cheryl Hildreth. 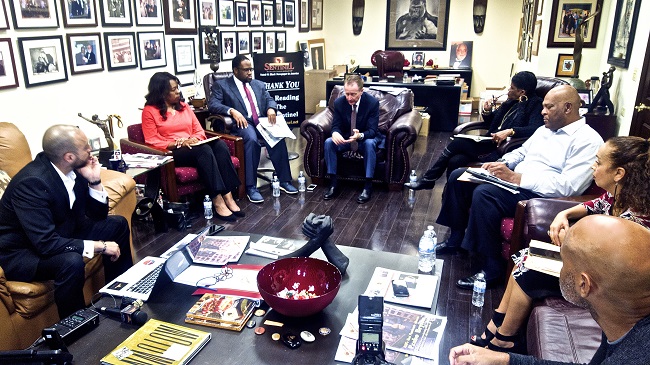 During the meeting Beutner discussed the importance of community engagement and the role that plays in students thriving in school. Beutner also highlighted the importance of school safety and other K-12 education related topics. In regards to the strike, Beutner says that he is still open to reaching an agreement.

“Now we shouldn’t put families or students in the middle of this in the first place,” said Beutner.

“My reach to UTLA has been, this is bold issue and we should solve it as adults. We can close the door or open the door, we can do it at night [or] we can do it transparently. I reached out to the mayor and other elected officials to say, help us. We want to solve this, we don’t want a strike. This isn’t helping anybody. We shouldn’t drag families in the middle of this and we sure shouldn’t drag students in the middle of this. We’ve [Hildreth and I] talked many times about the stress, trauma, and the challenges of some of our students going to school every day and now we need to load a strike on top? That makes no sense to me. So we want to avoid a strike and we want to do what we can to support our families.”

UTLA was scheduled to meet with the LAUSD officials on Wednesday, January 9 to discuss a proposal that reflected the demands local educators were asking for. As of press time, the results of this meeting were not yet released.

“UTLA will engage in whatever talks are possible to avoid a strike, but the district must be willing to spend a substantial portion of its record-breaking $1.9 billion reserve to serve our students and must engage our full package of proposals rather than dismiss them,” Caputo-Pearl said.

If the strike occurs, UTLA as well as three Los Angeles charter schools, operated in accordance with The Accelerated Schools (TAS), will walk-off their jobs at more than 900 school sites across the district.

According to UTLA, “a strike at TAS would be only the second charter school strike in the country following the walkout of 500 charter educators in Chicago last month.”

Should the strike take place, all LAUSD schools are still open.

“Things will of course look different in terms of how we are doing instruction and what that looks like because this would not be a normal environment if the strike is to move forward, but we want to make sure that we are still the hub for our families knowing that this is the best place for our students to be [which is] our schools,” said Hildreth.

“If the strike comes to fruition there is going to be an ending and what we want to see after that strike is a focus on the education of our students. [We don’t want] their needs to die with this conversation. We want our families to become engaged in what’s happening with the schools. We want to engage our community and make sure that we vitalize education and that we give the focus especially to our students of color. In terms of moving forward, I hope this becomes a community conversation.” 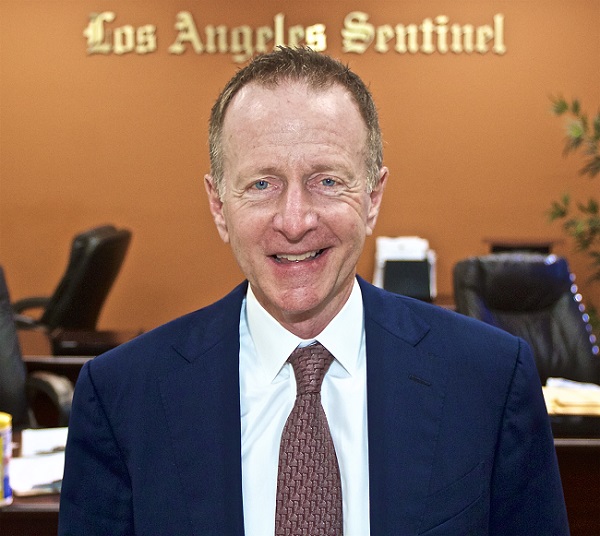 Here is what some of the local educators and LAUSD representatives had to say:

“Everything and anything we can do to prevent the strike should be done. The teacher strike is to be avoided at all costs. To have a strike would be disastrous for teachers, parents, and certainly for students. We owe it to everyone to do everything we can to avoid a strike,” said vice president of the LAUSD Board of education Dr. George Mckenna III, who represents District 1.

“My students come to my class to get a better job and a better life. Adult education teachers currently have fewer rights, less pay, and fewer job protections [compared to] other LAUSD teachers, yet Superintendent Beutner is refusing to bargain or even discuss these issues.  He needs to be willing to roll up his sleeves and listen and learn. It seems to me that Superintendent Beutner expects to offer the teachers a raise and shut the door on everything else.  I think that this unwillingness of the district to dialogue is very familiar to many parents and students,” said adult education teacher at Maxine Waters Employment Prep., Robert Torrence Sr.

“Los Angeles Unified has a large and recurring budget deficit and recommends the district and UTLA work together with the state legislature and the governor to secure additional funding,” said neutral chair of the State Appointed Fact Finder, David A. Weinberg.

“I feel Mr. Beutner has not dealt with the teachers union in good faith instead, [he] has taken to the media to misinform. He would like to give the perception that this strike is about a salary increase, when in fact the raise is only a small part of our dispute. UTLA’s demands are reasonable (LAUSD currently has almost $2 billion in reserve) and we will continue to fight for the quality of Public Education our community deserves for generations to come. United we stand,” editorial cartoonist, career technical education instructor and UTLA Chapter Chair for the Los Angeles School of Global Studies, David G. Brown.

“It’s very clear you’re living off the reserves. That’s not wise, that’s not prudence, that’s not fiscal solvency… (Los Angeles Unified) is not a district that is too big to fail,” said the chief financial officer of the Los Angeles County office of education, Candi Clark.

“For students with special needs, the impact is even more significant. These students will not only miss traditional reading and math courses, but critical services such as speech, behavior and occupational therapies will be interrupted. Thus, parents will be forced to take off work, and for some, depending on the length of the strike, even quit their jobs. This could have a negative effect on the local economy beyond what the district than teachers may be anticipating. This reality alone should cause both sides to look for a compromise that averts a strike and ensures that our kids continue to make progress,” said author, attorney, and commentator, Areva Martin.