Members of the Los Angeles Department of Water and Power’s most powerful union will see a significant bump in pay after the City Council voted on a new contract for the International Brotherhood of Electrical Workers Local 18 Wednesday. (file photo)

Members of the Los Angeles Department of Water and Power’s most powerful union will see a significant bump in pay after the City Council voted on a new contract for the International Brotherhood of Electrical Workers Local 18 Wednesday.

The deal would give the IBEW five straight years of raises and continue the practice of union workers not contributing toward their health care costs, a benefit not enjoyed by all city workers.

The new contract has been criticized by some as being too generous to the point that it could cause other city unions to ask for raises, and for being fast-tracked to a vote.

The Los Angeles Board of Water and Power Commissioners, who are appointed by Mayor Eric Garcetti, only approved the deal last week after placing it on a special agenda with less than 24 hours notice. The contract is also skipping any dissection in a council committee while going straight to the full City Council for a vote.

Jack Humphreville, president of the Los Angeles Neighborhood Council Coalition’s DWP Advocacy Committee, has been critical of the deal and the speed with which it is traveling through City Hall.

“Why not allow adequate time for a `full and public analysis’ of the contract before placing it on the City Council agenda?” Humphreville wrote in a column for CityWatch. “Or put another way, what is the city and DWP trying to hide?”

The contract would give six raises over five years for the IBEW Local 18’s 9,000 members at a rate of about 13 percent to 22 percent, depending on the consumer price index. It would also end the union’s $4 million controversial annual contribution to two nonprofits, the Joint Training Institute and the Joint Safety Institute, which have been heavily criticized due to a lack of transparency as to how they were spending and tracking the money.

The deal will cost an estimated $56 million annually, but will not impact the city’s general fund as it would be paid for out of adjustments to the LADWP’s budget, according to an LADWP commission memo.

When Garcetti ran for mayor in 2013, one of his chief issues was a promise to bring sweeping changes to the LADWP, which made him an enemy of the IBEW as it spent $2 million supporting his opponent, then-City Controller Wendy Greuel. Once elected, Garcetti blocked the approval of a four-year contract with the IBEW so he could renegotiate a new deal that resulted in no raises for the union.

“Public unions are major donors to City Hall political campaigns, so perhaps it should be no surprise if elected officials are reluctant to drive a hard bargain. But this contract could sure use more analysis and public debate,” the Los Angeles Times Editorial Board wrote while also criticizing Garcetti for not driving a harder bargain this time around after his landslide re-election in March.

The new deal is backed by Garcetti, but the mayor’s aides said it was not a template for future deals with other unions and the raises are needed to keep LADWP workers from leaving to work for other cities, the Times reported. 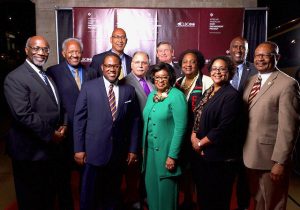