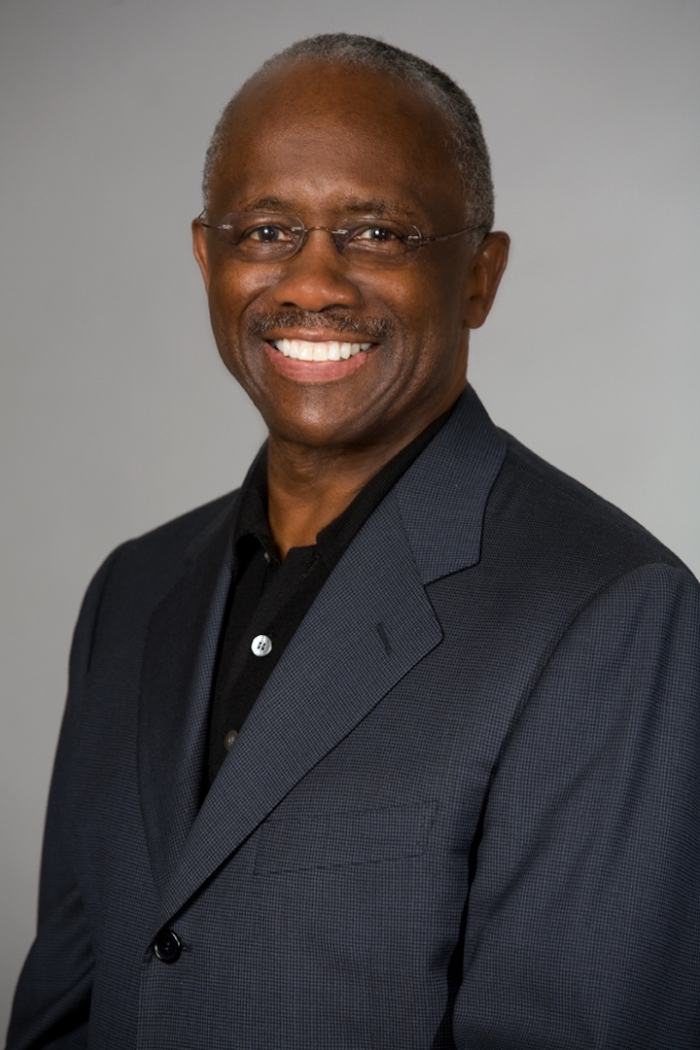 The California Public Employees’ Retirement System (CalPERS) is the largest pension program in the United States. It provides retirement benefits to approximately 1.9 million members, 600,000 of whom are currently retired. This includes state workers, school district non-teaching personnel, and most of the state’s county and city employees.

Henry Jones has served on CalPERS’s 13-member Board of Administration since 2008 and is finishing his third term as the elected retired member representative. In January, he became the first retiree representative and first African American to be elected president of CalPERS. Prior to that, he served as the vice president for three years. Now, Jones is running for re-election once more, and for the first time, he has a challenger.

In anticipation of the election, the Sentinel conducted an interview with Jones to discuss his reelection campaign as well as the personal history that led him to begin serving on the CalPERS board 11 years ago.

Born and raised in Galveston, Texas, Jones first entered the work force at as a nine-year-old.  During weekends and summers, he worked as a bus boy, then as a waiter. After graduating from high school, Jones found himself at an impasse. His parents could not afford to send him to college on their own means, and he had not performed well enough either academically or athletically to earn a scholarship.

Jones decided he would have to make his way in the world elsewhere. Along with a few of his fellow high school graduates, the 19-year-old loaded his belongings into a car and left Texas behind for a new start in California. Once he arrived in Los Angeles, Jones worked several menial jobs before settling on a janitorial position in the Los Angeles Unified School District (LAUSD). He fondly recalls two co-workers who urged him to pursue higher education – they, he said, were the first of many people who supported him throughout his life, and to whom he is ever-grateful.

“The reason I give back is because I’ve been assisted throughout my life by others to try to excel and to do better,” he said. “As a custodian at South Gate High School, these two elderly custodian ladies are the ones that [said], ‘Young man, you need to go to school.’”

Soon, Jones enrolled at Los Angeles City College, where he attended classes in the evening while continuing the work full-time during the day. Gradually, he began to climb the custodial ranks at LAUSD. He was promoted to head custodian, senior head custodian, supervising custodian, and finally, area operations director, a position responsible for the custodial maintenance of about 50 district schools.

By that time, Jones had managed to earn his bachelor’s degree in finance and administration from Cal State LA, which catapulted him into the world of LAUSD financial management. The director of operations invited Jones to manage the operations budget, and once more, he rose to greater and greater heights of responsibility. He managed about a quarter of the district schools’ budgets as an administrative services officer, and then, as the principal financial analyst, managed the finances of the Gifted, Early Childhood Education, Bilingual and English as a Second Language (ESL) programs, and the Educational Support Services and Medical Services Divisions.

Jones nearly faced a major setback when he tested for the position of deputy budget director, which many of his supporters at the time believed to be the result of his race. Although he ranked number one in the examination, news circulated that Beth Louargand, a white woman who was then the acting deputy budget director, might be appointed instead despite ranking second – this became the subject of a front-page Los Angeles Sentinel article in 1979. Jones remembers the feeling he had when he learned he might lose the opportunity to perform one of the most important jobs in the LAUSD. 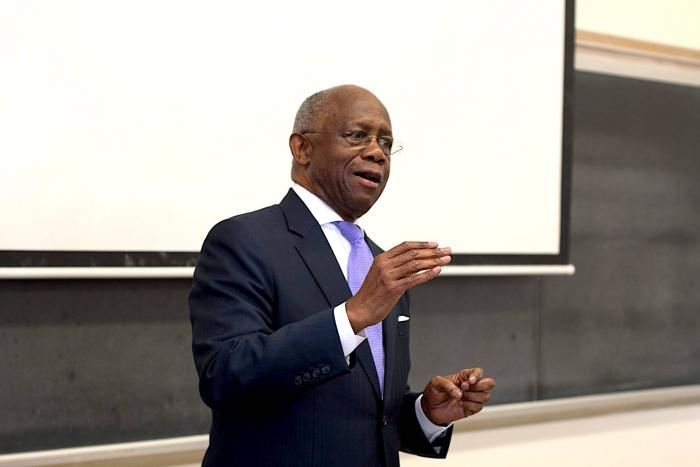 “It’s disheartening, and you feel that all the work and pain that you’ve done doesn’t count,” Jones said. “If you’re not strong enough and don’t have people around you to support you, it’s easy to retreat. Again, it was the people that helped me through it, to call me and encourage me.”

Jones ultimately secured the position, but he was immediately faced with the daunting task of solving the school district’s massive budget deficit, which had come as the result of the recently passed Proposition 13. At this moment, Jones got the chance to prove his worth to the superintendent and executive staff.  It was after he successfully provided options to deal with the deficit, Jones said, that “the whole world changed” and people began to acknowledge his excellence.

He went on to become the budget director, the highest administrator in the Budget Services Division, and reached the pinnacle of his LAUSD career when he was promoted to chief financial officer in 1994. During his service as CFO, he was credited for putting the LAUSD back on stable financial ground after the district suffered extensive budget cuts in the 1990s.

Jones’s work at LAUSD was not his only contribution to education. Several years after completing his bachelor’s degree, he took graduate-level courses in public administration and became an adjunct professor of school finance at Cal State LA.

Jones says he never forgot his time as a custodian, which inspired him during his days as CFO to create “a Budget Advisory Committee comprised of SEIU, United Teachers of Los Angeles, the LA County Building Trades and other labor unions working with the District to ensure that they all worked collaboratively on issues relating to employee salaries, benefits, and pensions.”

Evidently, Jones’s commitment to ensuring the fiscal stability of California’s public sector did not end when he retired from LAUSD in 1998. He went on to work as a management consultant at PricewaterhouseCoopers and IBM, where he provided consultation to school districts, departments of education and municipal governments.

In 2007, Jones says he received calls from people in the retirement system suggesting that he run for elected representative of retired CalPERS members. Since he began serving on the board in 2008, he has chaired the Finance & Administration and Investment Committees and sat on the Pension and Health Benefits, Performance and Compensation and Talent Management Committees.

Jones says his primary focus while on the board has been championing policies to increase and protect the value of the CalPERS retirement fund.  It is essential, he said, to be prepared for another financial crisis in the likeness of the 2007-2008 financial crisis, and to ensure that CalPERS will not cut defined benefits.

Jones says he is proud of the many goals the board has achieved during his three terms, such as negotiating healthcare premium cuts and raising the value of the CalPERS pension fund from $164 billion in 2009 to $362 billion in 2018.

Jones says that he and his opponent, Joseph “J.J.” Jelincic, have been engaged in something of a heated battle in this year’s retiree representative election. As the incumbent, Jones has campaigned heavily on his extensive experience and accomplishments.

“One of the key components of voting for me is that I’ve had proven leadership on the CalPERS board,” Jones said. “I’m the president of the board, and this is the first time a retiree has been president of the board. So, you have greater influence in the president, and you have a candidate that’s already at the top to represent you in an organization. If you remove him, then someone else is starting all over and they’re not going to have the same influence to serve on your behalf going forward.”

Jones has been endorsed by several local and state officials, including former California Gov. Jerry Brown, California State Treasurer Fiona Ma, Sen. Holly J. Mitchell and Inglewood Mayor James T. Butts Jr., to name a few. He also has the support of six current CalPERS board members, one former board member, and six labor unions. A full list of his endorsements is available on his campaign website.

To learn more about Jones and his campaign, visit henryforcalpers.com.

You are eligible to vote in this year’s retired member election if you are a retired CalPERS member as of July 1. Ballots will be mailed on August 30, and the voting period will end on September 30. You must submit your ballot by mail, telephone or online by 11:59 p.m. PT on September 30 for your vote to be counted. If you do not receive a ballot or need any kind of assistance, email the CalPERS Board Election Office at [email protected] or call (800) 794-2297.