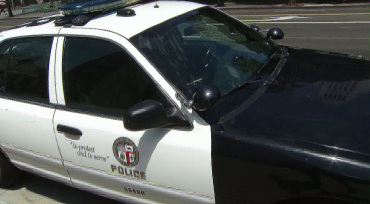 Los Angeles police will have the authority to order homeless people out of encampments in high-risk fire-danger areas during heightened wildfire conditions under an ordinance approved by the City Council.

“With wildfires being our new normal and an imminent threat to not just to many of our hillside communities but many of our communities throughout the San Fernando Valley … it is important that we are looking at more thoughtful changes to our municipal code that will help to provide more efficacy when it comes to evacuating many of these areas,” Councilwoman Monica Rodriguez said.

Homeless people who are removed from the fire zones on high-risk days will be referred to supportive services, Rodriguez said.

“What we are doing is providing all the wrap-around services,” she said. “When we evacuate these areas, we are getting them the services and resources they need to be permanently off the streets.”

City Councilman Bob Blumenfield proposed the new law in January, and the council voted Wednesday 13-0 to pass it.

The zones that will be marked off limits would be “Very High Fire Hazard Severity Zones,” which are mapped by Cal Fire. Officials said most of the San Fernando Valley is within those zones.

City Councilman Paul Krekorian said that the law should be viewed as a way to keep people safe and not as a way to discriminate against homeless people.

“This is not a homeless issue. It’s an effort to move people out who are violating the law. People who are trespassing … and increasing the fire risk need to be dealt with appropriately,” Krekorian said. “I hope the story won’t be that this is an attack on homelessness. It is not.”

The city is barred from removing homeless people from public areas per a federal appeals court ruling last year, but it has the authority to pass laws related to public safety. Other cities in Southern California have passed similar laws.

City officials will have to find funds for enforcement. According to a city staff report, the Los Angeles Department of Sanitation and Environment is asking for five more full-time employees, several small vehicles and fire protection equipment, while the LAPD and other departments are also making requests for more resources.

The Unified Homelessness Response Center will track data of homeless people in areas where encampments repeatedly crop up.

In the motion, the council members acknowledged the city traditionally posts warnings on high-risk fire days, but they said it would be more effective to allow law enforcement to notify people in person.

“This notice would also warn the person that failure to immediately leave the restricted portion of the zone, or leaving and returning to the zone, constitutes a criminal trespass,” the motion states.

The danger of homeless encampments in high-risk fire areas was highlighted July 30, when a blaze tore through brush in the Sepulveda Basin, where at least 100 homeless people were living in a makeshift encampment. The flames destroyed a number of tents and belongings of people living in the area.