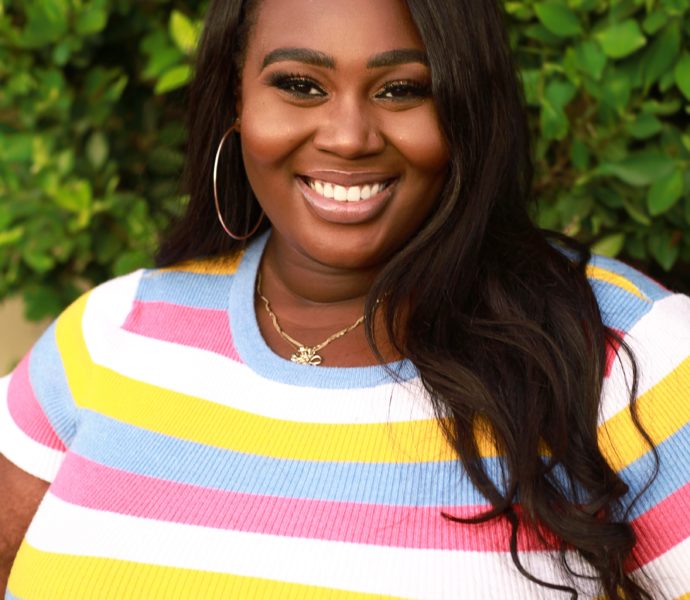 Simone Edwards, a graduate of KIPP SoCal school was selected to participate in KIPP’s national Alumni Leadership Accelerator program, a year-long fellowship for KIPP alumni leaders in their 20s and 30s. Simone is among 23 KIPP alumni nationwide who were selected as fellows this year, chosen from a competitive pool of over 100 applicants nominated by their KIPP regions. KIPP partners with Management Leadership for Tomorrow to deliver the program.

“At KIPP, we are committed to helping our alumni succeed in their chosen fields after they graduate from our schools,” said Rich Buery, KIPP’s Chief of Policy and Public Affairs. “We are proud to be a part of Simone’s journey as a rising leader of tomorrow.”

Applicants were selected as fellows based on their achievements, leadership experience, and vision for impact.

Simone Edwards is an actor, singer, social media influencer, motivational speaker and a founding class member of KIPP Academy of Opportunity in Los Angeles. She’s passionate about body positivity & social justice, and she plans to change the face of the entertainment industry to reflect diversity and inclusivity. Simone has always been passionate about creating more positive representation for black women & plus size women in entertainment media. In the summer of 2016, she created the hashtag #WeWearWhatWeWant, a supportive movement to showcase plus size women making bold fashion choices in the name of confidence. She has worked with brands such as JC Penney, Fashion Nova, Dia & Co, and Torrid, and she has been featured in publications like People, Essence, Self, Cosmopolitan, and Refinery29.  In July of 2018, she spoke on the self-love in media panel at BeautyCon LA. Later in the same year, she became a founding member of the sketch team Fatch Comedy, a group of plus size women working to debunk stereotypes and giving a new definition of to the word “fat.” Simone’s boldness, wittiness, intelligence, and raw talent are unstoppable, and she is taking the world by storm.

“I’m most excited about being able to fine tune the skills that create an impeccable leader and have a mentor who is knowledgeable about what I’m passionate about,” said Simone on being accepted into the accelerator.

Through this program, KIPP aims to help 1,000 KIPP alumni reach top leadership positions by 2040. To date, 60 fellows have completed the program, bringing the total number to 83 with this new cohort.

“The Alumni Accelerator provides these already incredibly accomplished fellows with the support to make a lasting impact in their industries and communities,” said KIPP CEO Richard Barth. “Each fellow already possesses a vision for change, we are just lucky enough to be there to help them along their path to greatness.”