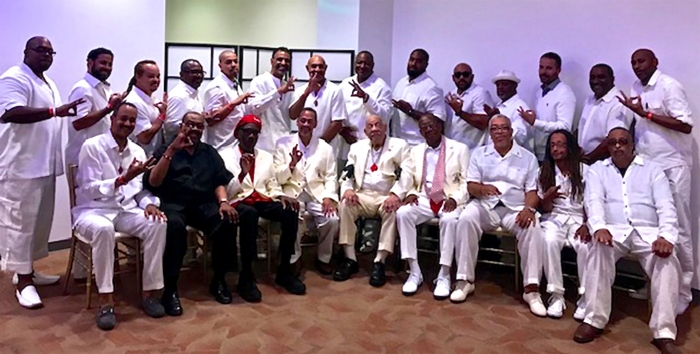 The Pasadena Kappas annually host a white party to help raise funds to provide support throughout the local community. (courtesy)

According to Kappa history, consequently, the young men met for the purpose of organizing such a fraternity. During its founding, African Americans faced racism, prejudice, and discrimination.  As Black men at a mostly attended White Indiana University, Black students were isolated from each other.  The founders sought one another’s company between classes and dropped by each other’s places of lodging to further discuss the means of formulating the fledgling fraternity in an effort to relieve the depressing isolation.  They found that through these close interactions, they had common interests and a close bond began to emerge. 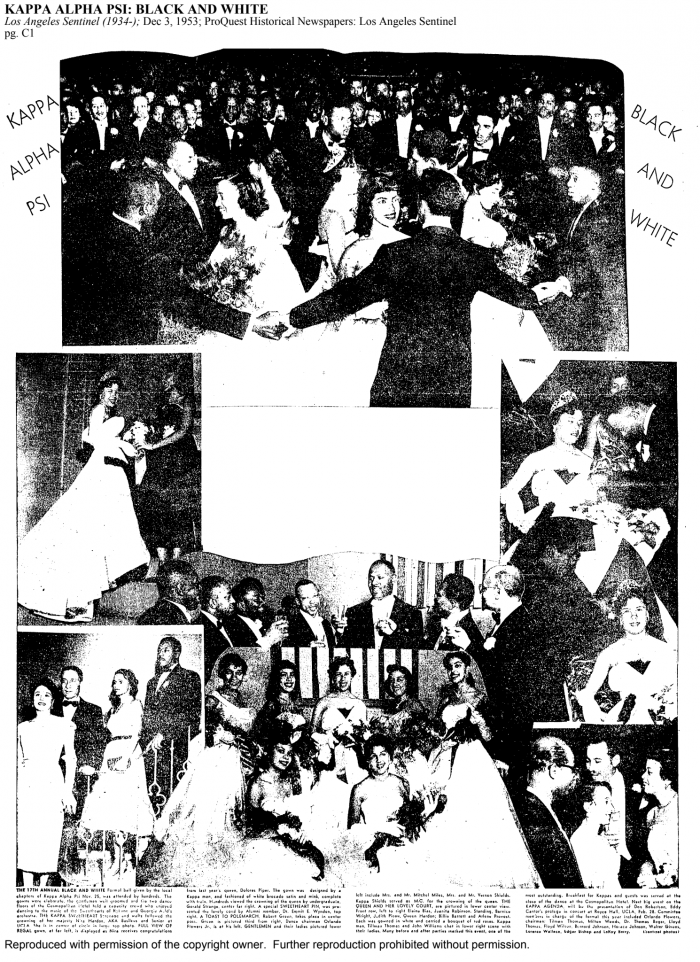 The fraternity’s founders wanted to increase the ambition of Black youth and encourage them to achieve more than was otherwise expected or ever even imagined.

As the second-oldest existing collegiate historically Black Greek-letter fraternity and the first intercollegiate fraternity incorporated as a national body, Kappa Alpha Psi has continued to embody its founder’s mission with over 175,000 members worldwide and 700 undergraduate and alumni chapters in the United States and abroad.

Members of this fraternity are well-known for their support and participation in leadership programs evoking change in areas such as education to political and social causes.   Some of the programs include Room to Read, Achievement Academy, Military and Veteran’s Affairs, Guide Right, and the Kappa League.

Curtis R. Silvers, Jr., former (21st) Western Region Polemarch (president) of Kappa Alpha Psi and current member of the Pasadena Alumni Chapter, considers joining the fraternity as one of the hallmarks of his life.  “One of the biggest joys of my lifetime was being able to join ‘The Fraternity’ that my father belonged to for 50 years. Another fraternal joy was the ability to meet so many Kappa men of Achievement throughout the Los Angeles area, as well as the country,” he commented. 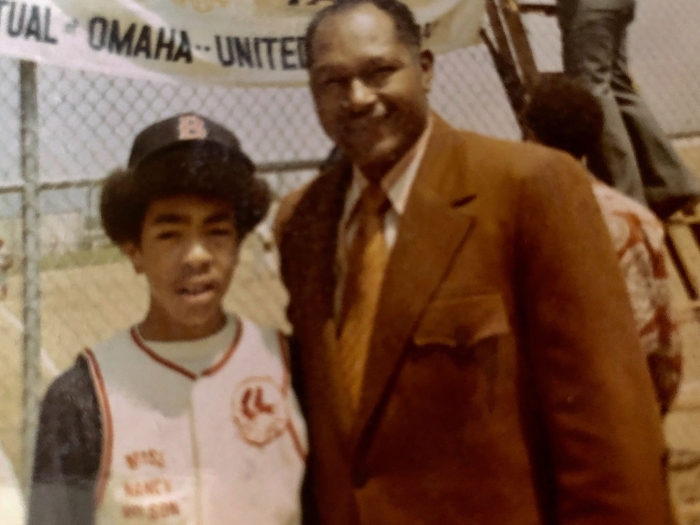 Christopher Nolan, polemarch of Pasadena Alumni Chapter, reflected on joining a fraternity that gave him far more than he could have imagined. “I joined Kappa Alpha Psi Fraternity, Inc. over 30 years ago, looking to bond with strong-minded men with common interests and goals. What I found was that and much more from my brothers in the bond as Iron sharpens Iron; bringing out the best in all of us,” he said.

“What’s more, is our level of service to our respective communities throughout the country, as well as abroad, and supporting young men with mentorship through our Guide Right program.  I am proud to be a Kappa.”  Nolan joined the fraternity in 1990 through the Upsilon Chapter.

Kappa Alpha Psi Fraternity, Incorporated is one of the nine organizations that comprise the National Pan-Hellenic Council. NPHC or the Divine Nine is a collaboration of nine historically international African American Greek-lettered fraternities and sororities. Since its founding, the members of these organizations have pledged to provide their communities with service, leadership, and scholarship. 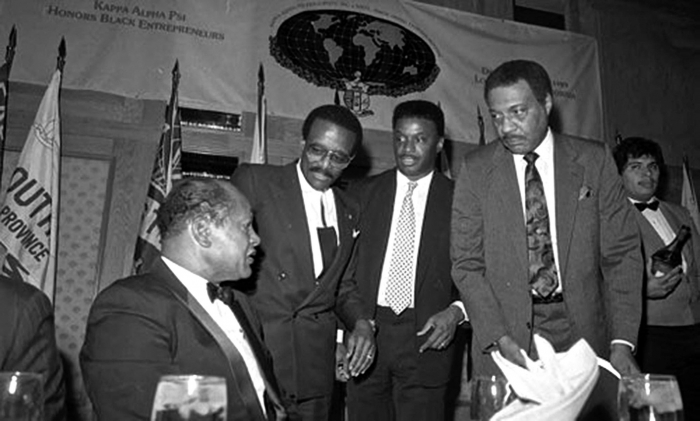 Leonardo Cablayan says his decision to become a Kappa was based on their early influence since his adolescents.   “From an early age, I’ve had the great fortune of being influenced and mentored by incredible Kappa men!  As a member of Baldwin Hills Little League, I met, then City Councilman Thomas Bradley (Grand Polemarch).  Later, while attending Dorsey High School, I participated in Kappa League and was influenced by various esteemed members like Johnny Cochran, Randall Bacon, Ron Sweeney, and Edgar Bishop.  Of course, after all of those solid examples of achievement, when I first enrolled at Cal State University at Long Beach, the first thing I asked my counselor was, “where are the Kappas?”  And guess who my counselor was, yes, a Kappa man!   Achievement personified, the men of Kappa Alpha Psi!” said Leonardo Cablayan, EK Spring ‘77. 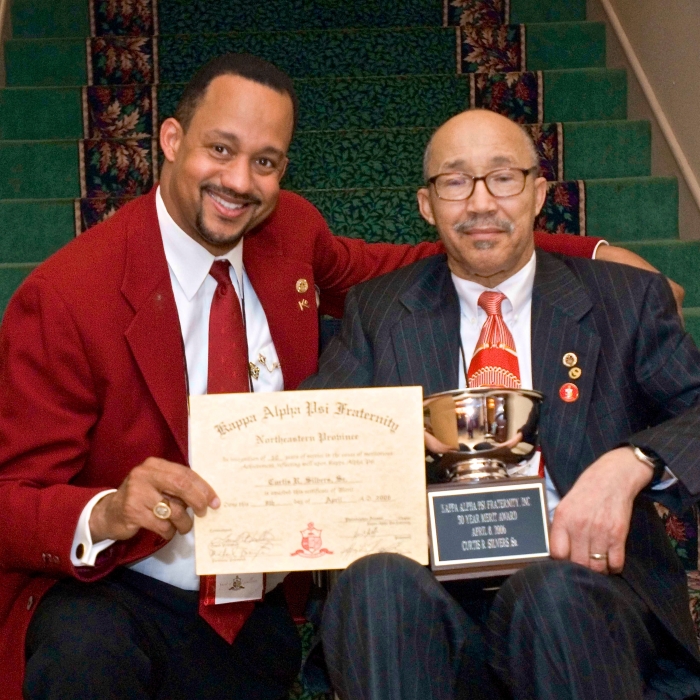 “I joined the bond to be a part of a group of men achieving at the highest level!  A fraternity with a long history of serving our community and building leaders through our Guide Right and Kappa League programs,” said Wendell Younkins, Pasadena Alumni Fall of 2016.

111 years from its beginning, Kappa Alpha Psi Fraternity, Incorporated continues to unite, educate, and uplift young Black men by the carrying the torch of its founders.  To learn more about the Kappa Alpha Psi, Incorporated organization, visit https://kappaalphapsi1911.com 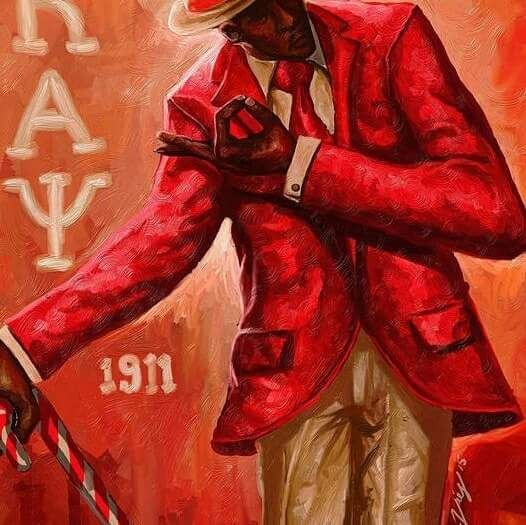 The Men of Kappa Alpha Psi Pride themselves on being Men of Achievement.
(Courtesy Image)