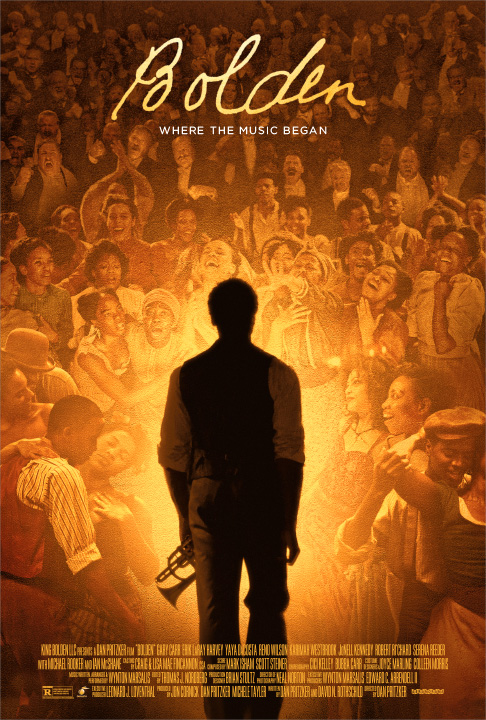 Bolden (R for sexuality, graphic nudity, profanity, ethnic slurs, brutal violence and drug use) Gary Carr plays the title character in this surreal biopic of cornetist Buddy Bolden (1877-1931), who played a key role in the development of jazz in New Orleans. With Ian McShane, Michael Rooker and Yaya DaCosta, and featuring compositions and performances by Wynton Marsalis.

El Chicano (R for graphic violence and pervasive profanity). Crime drama about an LAPD detective (Raul Castillo) who goes rogue to avenge his twin brother’s murder at the hands of a viscous drug cartel. With Aimee Garcia, Sal Lopez and David Castaneda.

Longshot (R for graphic sexuality, racist profanity and drug use). Charlize Theron and Seth Rogen co-star in this romantic comedy about a free-spirited journalist who falls for one of the most powerful women in the world. With O’Shea Jackson Jr., Andy Serkis and Ravi Patel.

UglyDolls (PG for action and mature themes). Animated musical comedy based-on the plush toys of the same name finds the ostracized under dogs embarking on an epic journey during which they discover that you don’t have to be perfect to be amazing or loved. Voice cast includes Nick Jonas, Kelly Clarkson, Janelle Monáe and Pitbull.

Meeting Gorbachev (Unrated) Cold War biopic about the life of Mikhail Gorbachev, the last leader of the Soviet Union. Featuring archived footage of Ronald Reagan and Margaret Thatcher (In English, Russian, German and Polish with subtitles)

Clara(Unrated) Sci-fi thriller about an obsessive astronomer (Patrick J. Adams) and a curious artist (Troian Bellisario) who forge an unlikely friendship leading to a profound scientific discovery. With Will Bowes, Jennifer Dale and Ennis Esmer.