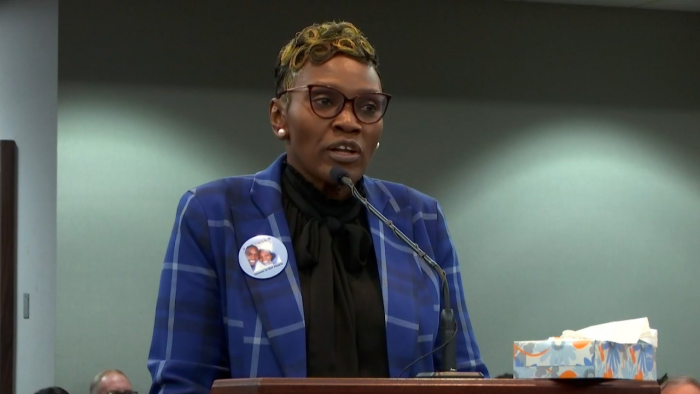 In the Superior Court of Glynn County, Wanda Cooper-Jones, mother of Ahmaud Arbery took the podium to tell her story of what life has been like for her family without her son.  Embarking on the unimaginable act of reading a victim impact statement, Cooper-Jones read a message to her son filled with emotion, “This verdict doesn’t bring you back, but it does help bring closure to this very difficult chapter of my life,” she said. “I made a promise to you the day I laid you to rest. I told you I loved you, and some day, somehow, I would get you justice. Son, I love you as much today as I did the day you were born. Raising you was the honor of my life, and I’m very proud of you.”

Cooper-Jones informed the court that she does not believe that the convicted men have shown remorse for her son’s murder, “These men have [chosen] to lie and attack my son and his surviving family.  They each have no remorse and do not deserve any leniency.  They chose to treat him differently than other people who frequently visited their community. And when they couldn’t sufficiently scare him or intimidate him, they killed him,” she said.

Addressing hygiene comments made by defense attorney Laura Hogue  during the trial, comments that drew the ire of many, Cooper-Jones said, “He was messy. He sometimes refused to wear socks or take good care of his good clothing. I wish he would have cut and cleaned his toenails before he went out for that jog that day. I guess he would have if he knew he would be murdered.” “Ahmaud never said a word to them.  He never threatened them.  He just wanted to be left alone.  They were fully committed to the crimes – let them be fully committed for the consequences.”  Cooper-Jones completed her victim impact statement asking the court to sentence the convicted men to life in prison without the possibility of parole. 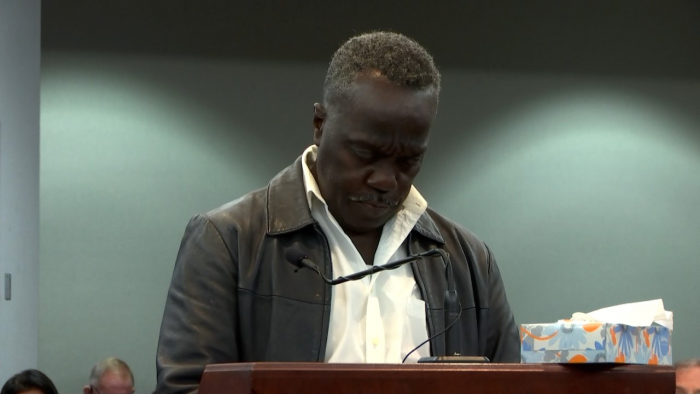 Marcus Arbery, father of Ahmaud Arbery speaks of his heart break to the Judge prior to sentencing
Photo Credit: Stephen B. Morton/AP/Pool

Ahmaud’s father, Marcus Arbery spoke of his broken heart, “You know something that just does not sit right with me at this time.  The man who killed my son has sat in this courtroom every single day next to his father. I’ll never get that chance to sit next to my son ever again — not at the dinner table, not at the holidays and not at a wedding.”  Arbery detailed the ongoing trauma he is experiencing as result of his son’s murder, “When I close my eyes, I see his execution in my mind over and over.  I’ll see that for the rest of my life,” he said.

Speaking of the convicted men, Travis McMichael, 35, Gregory McMichael, 66, and William “Roddie” Bryan Jr., 52, Arbery said, ““Not only did they lynch my son in broad daylight, but they killed him while he was doing what he loved more than anything – running. That’s when he felt most alive, most free. And they took all of that from him. Me and my family, we got to live with his death for the rest of our life.  We will never see Ahmaud again.  So, I feel they should stay behind bars for the rest of their lives, because they didn’t give him a chance.”

Jasmine Arbery, the sister of Ahmaud, called him “funny and energetic.”  “Ahmaud had dark skin that glistened in the sunlight like gold. He had thick, coily hair and he would often like to twist it. Ahmaud had a broad nose … He was tall with an athletic build. He enjoyed running and had an appreciation for being outdoors,” she said. ”These are the qualities that made these men assume that Ahmaud was a dangerous criminal and chase him with guns drawn. To me, those qualities reflect a young man full of life and energy, who looked like me, and the people I love.”  Ahmaud had a future that was taken from him in an instance of violence,” Jasmine Arbery said. 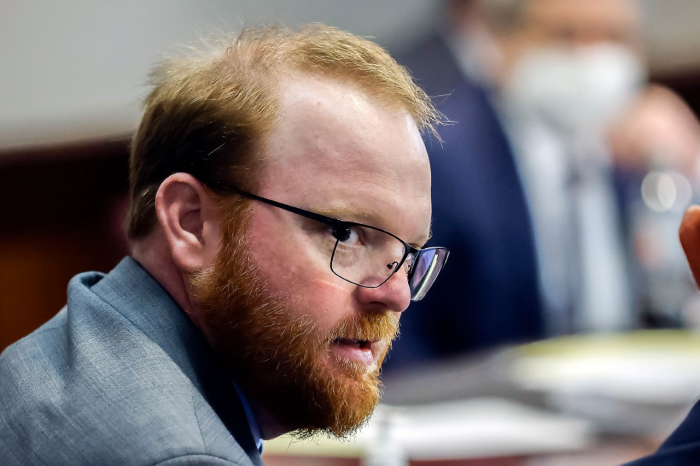 Travis McMichael at his sentencing for the murder of Ahmaud Arbery
Photo Credit: Stephen B. Morton/AP/Pool

Travis McMichael, Gregory McMichael, and William “Roddie” Bryan Jr., were convicted of a myriad of charges including malice and felony murder for the 2020 slaying of Ahmaud, a case that riveted the country after a video was released showing the men chasing and gunning down Ahmaud as he jogged through their neighborhood.  Each man faced life in prison without the possibility of parole.  In addition, the McMichael’s and Bryan will also stand trial on separate federal hate crime charges, stemming from an April 2021 federal grand jury indictment. 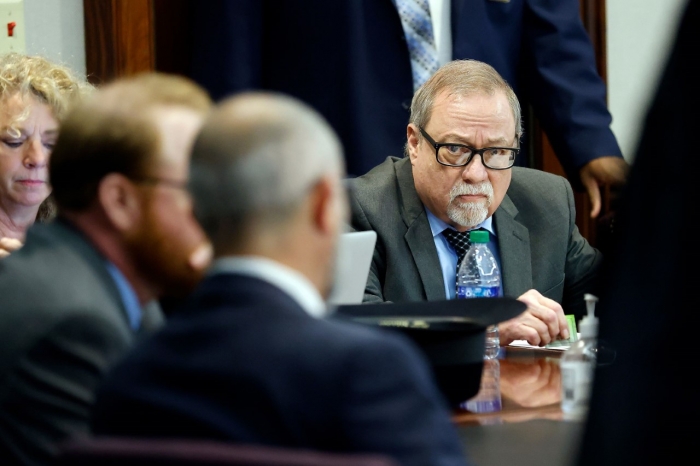 Gregory McMichael at his sentencing for the murder of Ahmaud Arbery
Photo Credit: Stephen B. Morton/AP/Pool

This is a continuing story as the Arbery family and prosecutors have not exited the Glynn County courtroom to make statements. 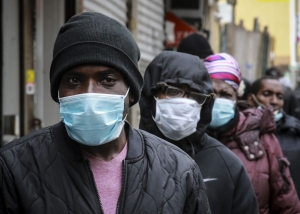