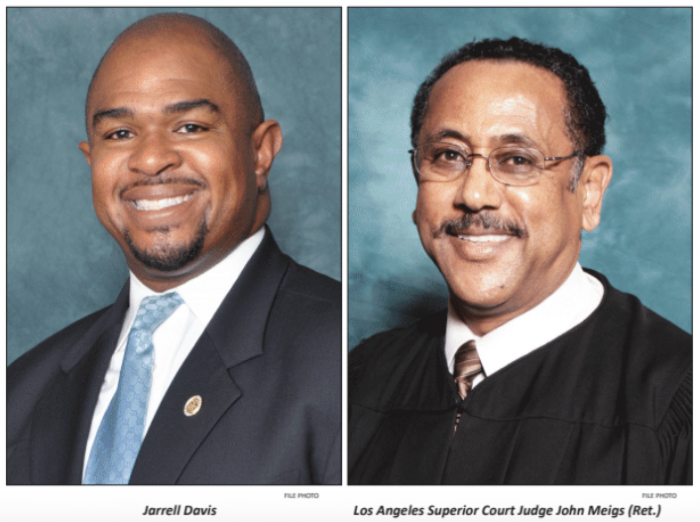 The Los Angeles Alumni Chapter of Kappa Alpha Psi will host what many consider to be the kick off of the African American holiday social calendar here in Southern California, when they host their 82nd Annual Black & White Ball on Saturday, November 17, at the Marina Del Rey Marriott Hotel.  The fund raising event, which provides financial support for numerous scholarship programs and other community enhancement initiatives including the fraternities signature mentoring and leadership program known as Kappa League and Guide Right, has become an annual tradition for many here in the Los Angeles community.

This year’s recipient of the Theodore Alexander Lifetime Achievement Award is the chapter’s Polemarch, Jarrell Davis. Davis has been actively involved in Kappa Alpha Psi since his initiation into the Upsilon Chapter at UCLA as an undergraduate student.  Brother Davis, beyond serving as the chapter Polemarch, is a principal at TPG Development with assets in six states throughout the country with holdings in excess of $75,000,000.

Jarrell also serves on the board of directors for a number of community-based organizations here in Los Angeles including the Ward Economic Development Corporation which owns and manages Ward Villas and the Rosa Parks Senior Housing facilities.

“In receiving the Ted Alexander Lifetime Achievement Award, it tells me that I must be doing something right in my life.  Ted Alexander was a mentor of mines who served as assistant superintendent of LAUSD and was a brother of the highest regard within the fraternity.  To be given this award is both humbling and an honor for me,” stated Davis.

Kappa Alpha Psi will also be presenting its Humanitarian Award to this year’s recipient, Los Angeles Superior Court Judge John Meigs (Ret.). Judge Meigs, who didn’t even know the fraternity had a Humanitarian Award until he was notified that he was the recipient, was deeply moved by the honor.  Meigs grew up in the Watts area of Los Angeles, attending Gompers Jr. High and Fremont High School until he went off to college at UCLA.  He was later drafted into the military and went to officer candidate school to become a lieutenant in military intelligence.  After the military, Meigs went to school at night while working for the county of Los Angeles and earned his bachelor’s degree and subsequent law degree.  He worked as a public defender before going into private practice and then after serving as a court commissioner, he was appointed to the bench in the Inglewood Courts for over 20 years.

His wife of 50 years, Connie Meigs, in discussing his lifetime of service said, “Whatever commitments he makes, he is always giving to others.  He works overtime, always serving and going that extra mile to help others.”

Judge Meigs himself said: “service has always been a part of my life.  It started as a young boy in school and then through high school and throughout my professional career.  I just get a great sense of pride when others come up to me and tell me how I have made a difference in their lives.”

One person who Judge Meigs said made a lasting impression on his life was his high school basketball coach, John Fair, who always worked to insure that the boys on his team knew there was a better way of life and other opportunities out there in the world.

Judge Meigs serves on the Board of Trustees at Loyola Law School as well as on the Loyola Marymount University (LMU) advisory council.  Additionally, he is a proud father and grandfather who has dedicated his entire life to enhancing the lives of others.