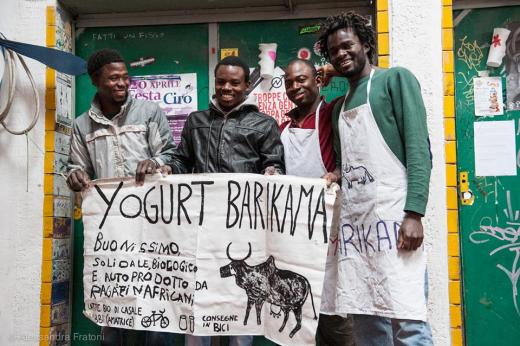 (GIN) – Two African migrant workers, escaping race riots in southern Italy, made a way out of no way when they turned adversity into a prospering business in a major Italian city.

Today their enterprise, called “Barikama” or “resistance” in the Bambara language, shows what can be done by migrants despite prejudice and low expectations in their new western homes.

Barikama, the brainchild of Suleiman Diara of Mali, produces organic yogurt and vegetables and delivers the products by bike. The agricultural co-operative is located near Rome.

In 2008, Diara fled from Libya, the launch pad of thousands of Africans caught in the midst of wars, droughts, and oppressive regimes. His escape, aboard a leaky boat, carried him to Italy, where the young man found farmwork, picking fruit – a job held by many Africans without papers or funds.

“We slept in shacks made of cardboard and plastic tarps; we were like slaves,” Diara told the French news agency France24. When local residents turned against the migrants in 2010, the migrants were evacuated from the area. Diara left for Rome where he and a Gambian friend improvised with a few liters of milk.

“We began by making yogurt, because it’s easy to make,” he recalled. “In Africa, all you have to do is let the milk sit for a few hours, so that it curdles, and you’ve got yogurt. In the beginning, we made our yogurt in the shelter we were living in. Progressively, people started to hear about us and buy our product.”

Diara continued: “In 2014, we started growing organic vegetables at the farm. We currently sell 200 kilos-worth each week. And now we’ve hired an Italian who manages our Facebook account and our website, and responds to emails.

“Beyond the money, this work has really helped us to learn Italian, to get to know Rome, and to meet a lot of people,” he continued. “Additionally, it means we can give a positive image of migrants. That’s important, because they’re often demonized in Italy. We’d really like to get the following message out: what you really must not do is wait for someone to give you work!”

In the long term, Diara said he hopes to return to Africa to create jobs there, while also explaining to people that life in Europe isn’t so easy for Africans. A video of Diara and his co-workers can be seen online at observers.france24.com

Meanwhile, in an unrelated report from France24, three jihadi groups active in Mali are merging forces. The new movement will operate under the name the Group to Support Islam and Muslims, and will be led by Ansar Dine’s Iyag Ag Ghaly, according to ANI, the private news agency of Mauritania.

The ability of such key players in local terror groups to meet freely is notable. “It shows that it is impossible to monitor this huge region militarily and even with technical means,” said Wassim Nasr, France 24’s expert on jihadist movements. 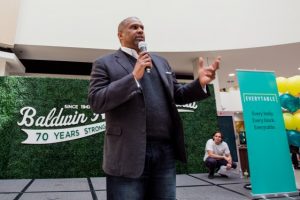 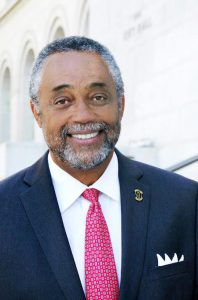