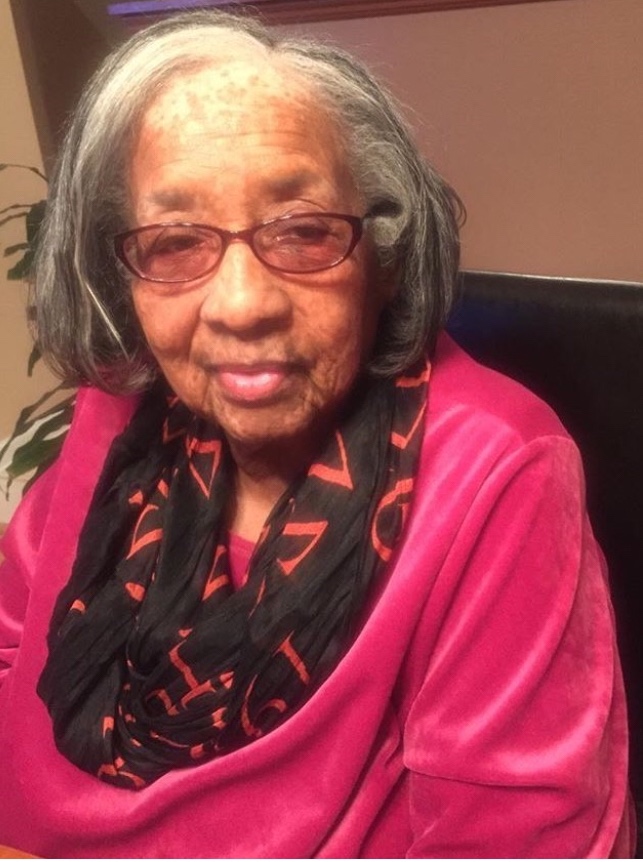 The National Newspaper Publishers Association (NNPA) expresses sincere condolences to the family of Mrs. Imogene McDaniel Harris (R.I.P.), the distinguished publisher of the Gary INFO Newspaper (founded in 1963) who passed on July 22, 2020.

Dr. Benjamin F. Chavis, Jr., President and CEO of the NNPA stated, “I have personally known the Harris family in Gary, Indiana for decades. Today our extended NNPA families of Black owned newspapers across the nation pause to salute the outstanding memory and legacy of NNPA publisher Imogene Harris. We pledge to keep her spirit alive as we rededicate to continue to sustain the Black Press of America during these challenging times.

Imogene was born in the city she devoted a lifetime of love to Gary, Indiana, on November 20, 1931, the child of Lohney L. and Geneva Scott McDaniel. She graduated from Gary Roosevelt High School and briefly attended Hampton Institute (University) in Hampton, Virginia. Imogene continued on to receive a Bachelor of Science degree from Indiana University, in Bloomington, Indiana.

Imogene joined in nuptial bliss with her soulmate James Templeton (J.T.) Harris, Jr. on September 1, 1951. Their blessed union lasted 51-years until J.T.’s transition to glory in 2001.

Imogene taught in the Gary Public School System for many years, first, at Froebel School, followed by Norton Elementary School as a third-grade teacher, and then she served as Head Librarian at Lincoln Elementary School.

Imogene’s calling in life was partnering with J.T. to run the family businesses – Harris Printing Company (established in the 1950s) and Gary INFO Newspaper (founded in 1963). They diligently produced a publication that became the voice of African Americans throughout Northwest Indiana for more than four decades.

Imogene was a compassionate mentor, sage, and friend to people of all ages. Harris Printing Company and Gary INFO generated opportunities that contributed to the growth of existing Black businesses as well as the aspirations of budding entrepreneurs, writers, photographers, and printers.

From newspaper boys and girls trying to earn pocket change, to eventual affluent and successful individuals around the nation, “The Shop,” as Info’s midtown location was affectionately known, was more than a place for workers to hone their craft, it was a launching pad for life.

A lifelong resident of Gary, Imogene was a member of Delaney Memorial United Methodist Church which is now Christ Memorial Methodist Church. Memberships included the Gary branch NAACP, the Gary Urban League Guild, Delta Sigma Theta Sorority, Inc. Betu Nu Chapter (1962). Imogene was recognized by the NNPA and maintained a collegial relationship with the founding members of the (NNPA) that was founded in 1940. Harris was also a founding member of the Lake County Association of Black Communicators.

Her many lifetime accolades included the Drum Major Award presented to her and J.T. by the Gary Frontiers Service Club, for their commitment to eliminate inequality, prejudice, and racism. They also proudly received a Congressional Record from the Hon. Indiana State Representative Peter J. Visclosky in 1994 for their commitment to instill equality and justice throughout the City of Gary.

Imogene will be fondly remembered by all for her dedication to excellence, her deep compassion, unswerving principles, thoughtful leadership, devotion to family and community, and loyal friendship.

The family will hold a Memorial Service to remember the life of Imogene at a future date where her transition will truly be celebrated. Arrangements are being handled by Guy & Allen Funeral Home in Gary, IN.

Safe Digging Starts With Calling 811
Top Black Women Leaders Denounce Racist, Sexist Attacks Against VP Candidat...
Compton to Require Face Masks within City Limits; Warning Followed by a $50...
Need to Go to the DMV? Maybe Not, There are Other Options