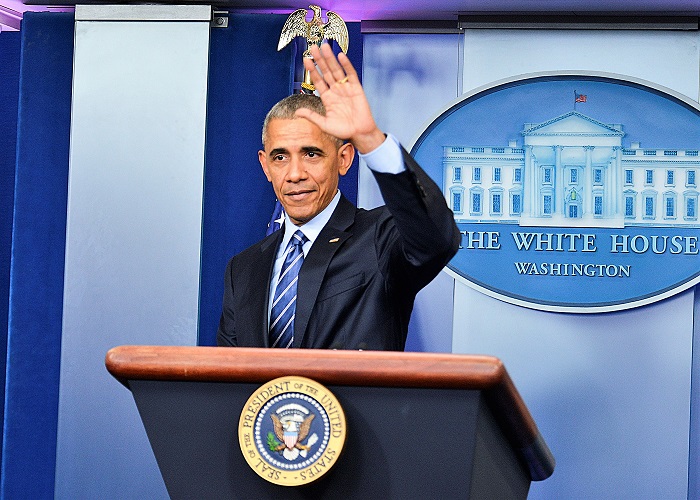 Historians agree that the Affordable Care Act will stand as one of President Obama’s greatest achievements during his tenure in The White House. (Freddie Allen/AMG/NNPA)

His determination for change never appeared to cause him to stumble on his goals, be it Obamacare or commuting the sentences of so many who were imprisoned for so long — primarily because of antiquated laws that punished mostly low-level minority drug offenders.

Even as Obama is set to leave office, he took unprecedented steps to retaliate against alleged Russian interference in the 2016 election.

The president also gave them and their families just three days to pack up and leave.

“These actions follow repeated private and public warnings that we have issued to the Russian government, and are a necessary and appropriate response to efforts to harm U.S. interests in violation of established international norms of behavior,” Obama said in the statement released by the White House.

It’s the kind of action that some said will make them miss the progress of the past eight years and critics will come to realize that Obama’s place in history will be a lofty one.

“The biggest tragedy of the Obama presidency was the relentless and often irrational unwillingness of Republican lawmakers to work with him to achieve meaningful objectives,” said Mario Almonte, a public relations specialist who also blogs about politics and social issues. “Even so, many years from now, when the history of his presidency comes into better focus, our society will come to recognize the enormous impact Barack Obama had on American culture and possibly world culture as the first Black president of the United States.”

And, as Kevin Drum a writer for “Mother Jones” noted, Obama has moved forward on eight substantial executive actions over the past month – aside from the Russian sanctions – including enacting a permanent ban on offshore oil and gas drilling in areas of the Arctic and the Atlantic Seaboard; he’s refused to veto a UN resolution condemning Israel’s settlements in the West Bank; designated two new national monuments totaling more than 1.6 million acres – Bears Ears Buttes in southeastern Utah and Gold Butte in Nevada; and he’s instructed the Department of Homeland Security to formally end the long-discussed NSEERs database.

Obama has also instructed the Army Corps of Engineers to deny final permits for the Dakota Access Pipeline where it crosses the Missouri River near the Standing Rock Sioux reservation and he’s issued a final rule that bans the practice among some red states of withholding federal family-planning funds from Planned Parenthood and other health clinics that provide abortions.

Also, the outgoing president completed rules to determine whether schools were succeeding or failing under the “Every Student Succeeds Act.”

“He was most effective as a normal president, and he helped put the presidency back on a human scale,” said Stephen Walt, a professor of international affairs at Harvard University’s John F. Kennedy School of Government. “He was a devoted and involved father, a loving husband, a man with acknowledged – albeit – vices, and someone who made it clear that he did not regard himself as omniscient.”

Walt continued: “As president, he showed that effective governing requires careful deliberation, discipline, and the willingness to make hard and imperfect decisions, and he let us all watch him do just that.”

Daniel Rodgers, the Henry Charles Lea Professor of History, emeritus and historian of American ideas and culture who taught at Princeton University, wrote that what buoyed Obama’s aspirations was not a program, but a dream that in his person, the people might come together and shape politics to their will and common aspirations.

“That was what the ‘we’ in the brilliant ‘Yes We Can’ slogan in the 2008 campaign was essentially about,” Rodgers said. “He has not called the nation to new feats of courage — ala Kennedy — to make war on poverty — as Johnson did — even to dream more freely than ever before — as stated by Reagan. What Obama’s words have called for is for Americans to be the people they already are.”

The single, biggest impact on Obama’s presidency has been the shattering of psychological obstacles in the American psyche toward electing a non-White president, Almonte said.

“When Hillary Clinton first ran for president, her gender was a major issue among voters. The second time around, it was not,” Almonte said. “With this psychological barrier removed, in future elections, we will see candidates from all walks of life, genders, nationalities, and possibly even lifestyles pursue the presidency with greater ease than they could have before.”

Even as Donald Trump and other Republicans promise to do all they can to repeal the Affordable Care Act, known as Obama’s signature piece of legislation, historians wrote in New York magazine that it has been the president’s greatest accomplishment.

They noted that presidents from Harry Truman to Bill Clinton failed to accomplish a passable affordable health care law.

“Obamacare is easily the signal accomplishment of this president, assuming current efforts to unravel it will be defeated,” said Thomas Holt, the James Westfall Thompson Professor of American and African-American History at the University of Chicago.

“It’s an achievement that will put Obama in the ranks of [President Franklin Delano Roosevelt] with social security and Lyndon B. Johnson with Medicare because of its enduring impact on the average American’s well-being,” Holt said. “He won’t need bridges and airports named after him since opponents already did him the favor of naming it ‘Obamacare.’”

The Affordable Care Act’s progressivism stands out as the embodiment of Obama’s best intentions, said Nell Painter, an American historian notable for her works on southern history of the nineteenth century and a retired professor at Princeton University.

“Some three million poor people have gained access to health care, thanks to the extension of Medicaid. But those people will not be in deep-southern states where poor people are numerous, but Republicans rule,” Painter said. “I see this convergence as a consequence of watermelon politics, as unsavory a legacy of Obama’s time as Obamacare is fine.”

Finally, one historic trend-break that occurred during Obama’s presidency that has major significance for the well-being of African-Americans has been the beginnings of a decline in the national prison population, after decades of expansion, said Gavin Wright, professor of American Economic History at Stanford University.

Wright continued: “Under Attorney General Eric Holder, sentencing guidelines were made retroactive, leading to the release of thousands. To date, the reductions have been small compared to the total incarcerated population, but the reversal is historic, and its disproportionate significance for African-Americans is evident.” 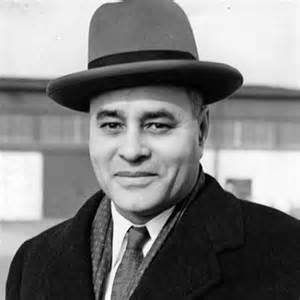