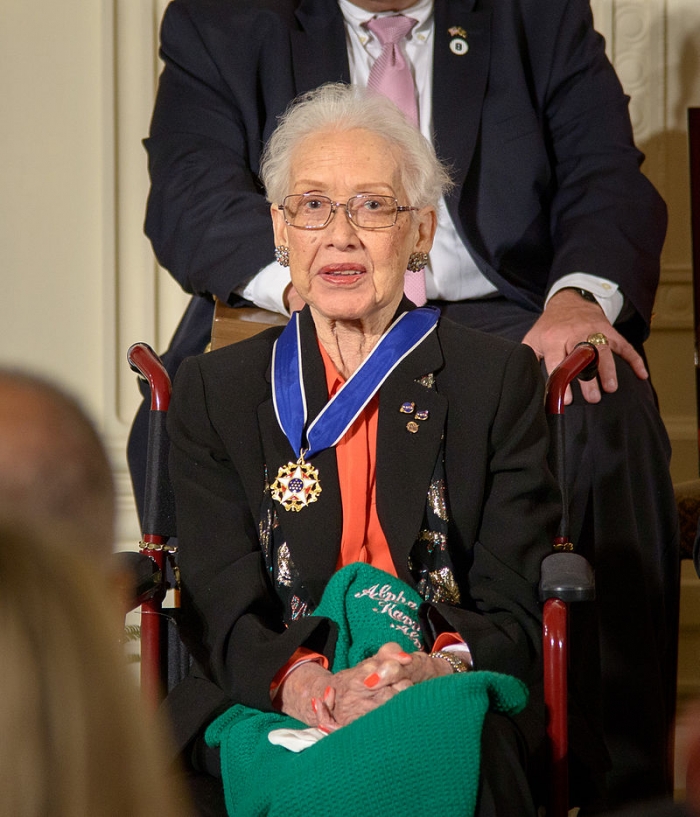 Former NASA mathematician Katherine Johnson is seen after President Barack Obama presented her with the Presidential Medal of Freedom, Tuesday, Nov. 24, 2015, during a ceremony in the East Room of the White House in Washington. (Photo: NASA/Bill Ingalls, Wikimedia Commons)

Katherine Johnson, one of the African American women whose stories received global attention in the best-selling book and blockbuster movie, “Hidden Figures,” has turned 101.

The renowned mathematician was instrumental in Alan Shepherd’s 1961 journey to space. She also played a pivotal role in John Glenn becoming the first American to successfully orbit Earth one year after Shepherd’s flight.

Johnson will also receive a Congressional Gold Medal thanks to a bipartisan bill passed by Congress earlier this month.

All four of the heroines depicted in “Hidden Figures” will receive recognition. In addition to Johnson, Dr. Christine Darden, Dorothy Vaughn and Mary Jackson will also receive medals. Vaughn’s and Jackson’s medals will be presented posthumously.

The book, “Hidden Figures: The American Dream and the Untold Story of the Black Women Mathematicians Who Helped Win the Space Race,” by Margot Lee Shetterly, helped tell the women’s story.

Harris and five other members of Congress introduced legislation to secure Congressional Gold Medals for Johnson and her colleagues.

“The groundbreaking accomplishments of these four women and all of the women who contributed to the success of NASA helped us win the space race but remained in the dark far too long,” Harris stated.

“I am proud our bill to honor these remarkable women has passed Congress. These pioneers remain a beacon for Black women across the country, both young and old.”

The honor isn’t the only one for Johnson. Corporate Office Properties Trust (COPT) agreed this month to rename its 7000 Columbia Gateway Drive building in Columbia, Maryland, the Katherine G. Johnson Building.

A plaque will be placed at DreamPort’s 7000 Columbia Gateway Drive entrance commemorating the naming of the building in honor of Mrs. Johnson and her legendary accomplishments as a NASA mathematician and her essential role in the space program, according to a news release. At 101 years of age, Mrs. Johnson is the recipient of numerous honors, including the Presidential Medal of Freedom, multiple NASA Langley Research Center Special Achievement awards, and many others. 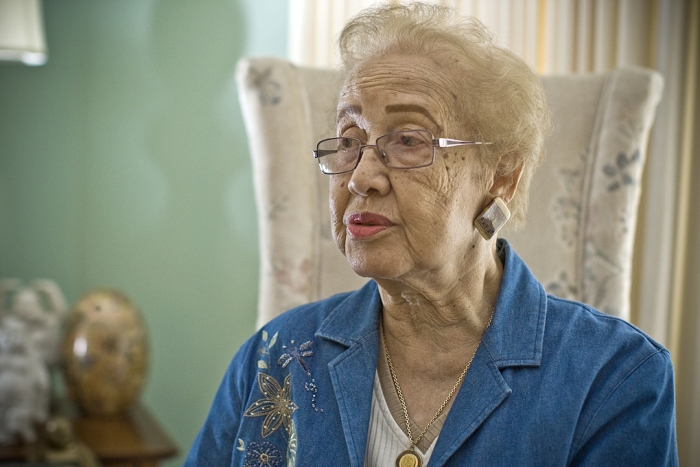 Johnson’s computations have influenced every major space program from Mercury through the Shuttle program. Johnson was hired as a research mathematician at the Langley Research Center with the National Advisory Committee for Aeronautics (NACA), the agency that preceded NASA, after they opened hiring to African-Americans and women.

In addition to the recognition by COPT, Johnson has other buildings, schools, and libraries named after her.

In an earlier interview, Johnson told NNPA Newswire that she missed working.

After leaving her teaching job in 1953, Johnson began working for NASA and was able to calculate the trajectory for numerous space missions, including for the space flight of Alan Shephard, the first American in space and the path for the famed 1968 Apollo 11 flight to the Moon.

“I’d do them over if I had to. I’d do anything for anyone,” Johnson stated.

At an early age, Johnson developed enviable math skills so much so that even NASA officials wrote a story about her titled, “The girl who loved to count.”

“I counted everything. I counted the steps to the road, the steps up to the church, the number of dishes and silverware I washed anything that could be counted, I did,” Johnson said.

“I entered college; I was 15. I was going to be a math teacher because that was it. You could be a math teacher or a nurse, but I was told I would make a good research mathematician and they had me take all of the courses in the catalog,” she stated.

When Glenn went to the Moon, Johnson said her “Hidden Figures” crew acted as the computer for the mission. Calculating everything involved in the flight became like a geometry problem, Johnson recalled.

“I felt most proud of the success of the Apollo mission. We had to determine so much. Where you were, where the Moon would be and how fast the astronauts were going,” Johnson stated. “We were really concerned, but the astronaut had to do it just as we laid it out. I was looking at the television and hoping that we’re right.”