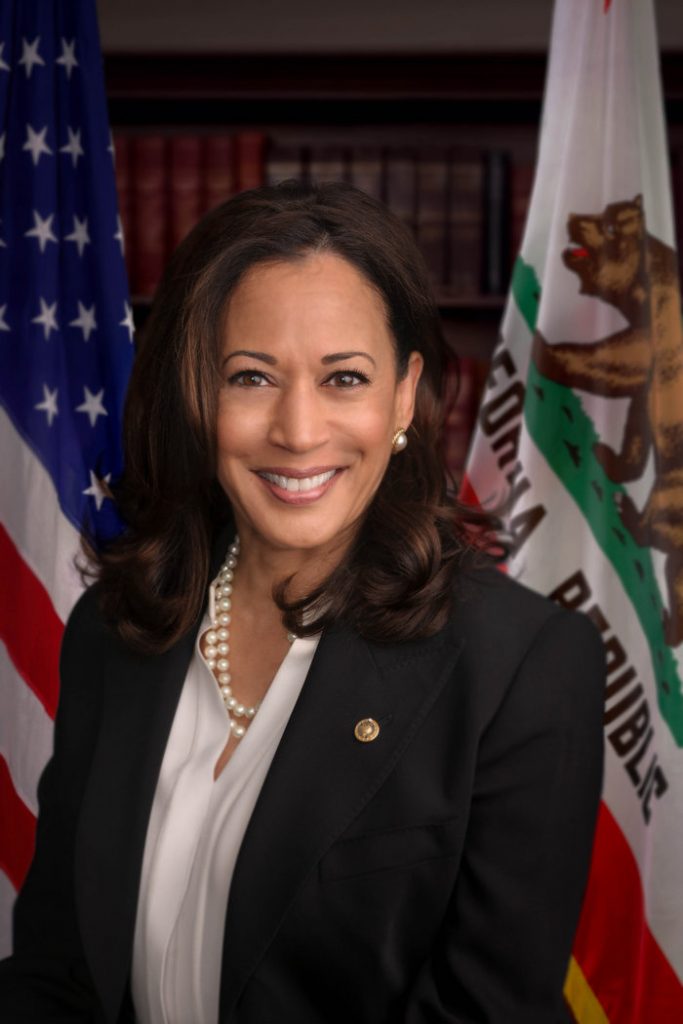 The 2.5 Mile parade route begins @ 10 AM on Martin Luther King Jr. Blvd & Western Avenue, traveling west to Crenshaw, then South on Crenshaw, and ending at Leimert Park and Vernon.

The Kingdom Day Parade honors the life and legacy of Dr. Martin Luther King, Jr. and has grown from its humble beginnings into the largest and longest running Martin Luther King, Jr. Annual Birthday Celebration in the nation! This year, 2018 would have been Dr. King’s 89th birthday and is also the 50th Anniversary of his untimely Homegoing. Although he never reached the age of 40, his legacy will live forever. This years’ theme, borrowed from First Lady Michelle Obama is: “When They Go Low, We Go High”.

In 2017, Kamala D. Harris was sworn in as a United States Senator for California. She serves on the Homeland Security and Governmental Affairs Committee, the Select Committee on Intelligence, the Committee on Environment and Public Works, and the Committee on the Budget.

Kamala was elected as the first African-American and first woman to serve as California’s Attorney General. In this role, she worked tirelessly to hold corporations accountable and protect the state’s most vulnerable people.

Dr. Dove remarked, “We reached out to our distinguished Kamala Harris, because she very quickly in her capacity as a Senator, has become the embodiment of America’s struggle to regain our sense of constructive compassion and the pursuit of what Abraham Lincoln and Martin Luther King, Jr. called the spirit of our better angels”.

The Kingdom Day Parade, was first organized 37 years ago by Johnny Grant as a small local community event in San Diego that spanned only 5 blocks. In 1985, it was moved to Los Angeles and by this year it has grown to enjoy a live TV broadcast on KABC 7 for over 8 years, it now has a media audience of over 2.4 million viewers and listeners.

Several hundred thousand spectators every January line the nearly three (3) mile route which has remained true to its roots, still winding through the same inner-city streets it first began on in south central. Some of the spectators reserve side walk space with sleeping bags, coming out as early as the night before in what has become a unique Los Angeles tradition.

In deepest respect for the legacy of Dr. King the parade features more than 150 units involving over 3,000 individuals which include; the “Kingdom Day Parade Queen & Her Royal Court”, elaborate floats, marching bands, high school & middle school drill teams, novelty acts, equestrian units, and an exciting turn out of celebrities and community leaders.

The mission of the Kingdom Day Parade and CORE-California, in strategic collaboration with corporate sponsors and the County and City of Los Angeles, together with the State of California, is to celebrate the life and legacy of Dr. Martin Luther King, Jr. in the form of its Annual Kingdom Day Parade and other activities which promote keeping his Dream alive which helps to sustain his message of fighting for equality and agape to all mankind, continuing his fierce fight against injustice using love as its weapon.