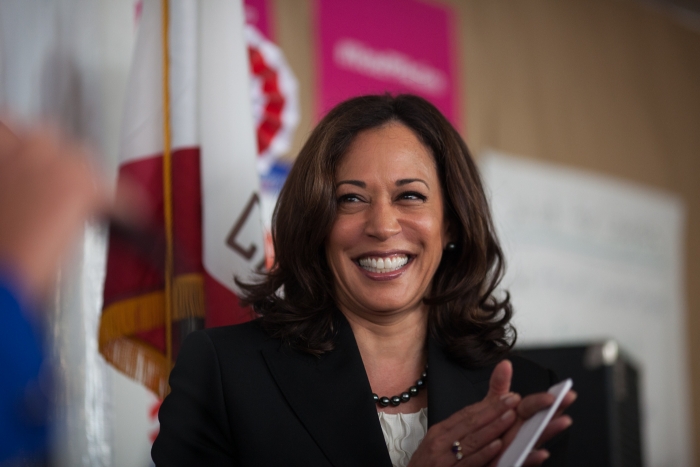 Democratic candidate, Kamala Harris recently unveiled her Children’s Agenda, focusing on children’s rights, and protections for families, especially some of the country’s most vulnerable. As part of the agenda, Harris has included a guaranteed six months of paid leave with job protections for more working families. Protecting children, she said, is key to closing a widening economic gap in the United States.

“Guaranteeing six months of paid leave will bring us closer to economic justice for workers and ensures newborn children or children who are sick can get the care they need from a parent without thrusting the family into upheaval,” said Harris.

“To give all children in America the opportunities they deserve, this comprehensive children’s agenda will protect their rights, ensure they have access to health care and high-quality education, and dramatically reduce child poverty.”

During a campaign speech earlier this year in Los Angeles, Harris told audience members that growing up, when she would complain, her mother would challenger her to “do something”. With that philosophy, she has made creating a level playing field for working and middle class families the focus of a long political career. She ran the Children’s Service Division in San Francisco’s City Hall in 2000, followed up by a stint as San Francisco’s District Attorney.

In 2004, as district attorney, Harris started the Back On Track initiative, a reentry program, where at risk participants plead guilty in exchange for a deferral of sentencing and regular appearances before a judge over a year-long period. Participants who succeed in obtaining a high-school-equivalency diploma, maintaining steady employment, taking parenting classes, and passing drug tests have their records cleared.

In her 2009, book “Smart on Crime: A Career Prosecutor’s Plan to Make Us Safer,” Harris argued for what she referred to as “a smarter approach when it comes to combating nonviolent crime” emphasizing crime prevention, truancy prevention, and the treatment of post-traumatic stress disorder in children.

“Throughout her career, Harris has fought for children’s rights and used her power to implement innovative solutions to protect children and increase their access to opportunity,” said a spokesperson for Harris. 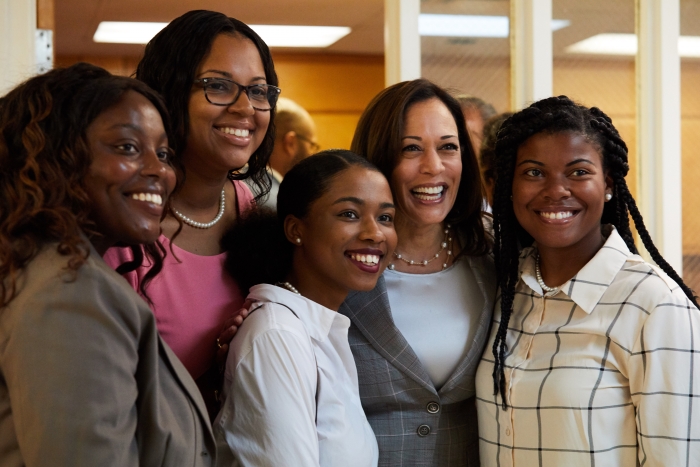 As part of the agen­da, Harris has included a guaranteed six months of paid leave with job pro­tections for more work­ing families. Protecting children, she said, is key to closing a widening eco­nomic gap in the United States. (Courtesy Photo)

The Children’s Agenda accomplishes this, she said, by: giving workers job protection and protection against retaliation so they won’t have to worry about job loss or other consequences when taking care of themselves or a loved one.

And, much like the plan currently in place, “workers can also choose to take leave intermittently as needed. The paid leave program will be funded through a combination of employer and employee payroll contributions and government expenditures paid for by tax increases on the top one percent and big corporations,” she said.
Harris said her Children’s Agenda” will also:

• Expand early childhood home visiting programs, as well as access to affordable child care by passing the Child Care for Working Families Act, through which no family making under 150% of state median income pays more than 7% of their income on child care;

• Ensure all children have access to a nurse and social worker at their school and invest in trauma-informed care;

• Create a first-of-its-kind federal Bureau of Children and Family Justice.

As California District Attorney, in 2012, Harris participated in the National Mortgage Settlement against five banks, securing $12 billion of debt reduction for the state’s homeowners and $26 billion overall.

She introduced the California Homeowner’s Bill of Rights in the California State Legislature, a set of laws which took effect on January 1, 2013, banning the practices of “dual-tracking” (processing a modification and foreclosure at the same time) and robo-signing, and provided homeowners with a single point of contact at their lending institution. It also gave the California Attorney General more power to investigate and prosecute financial fraud and to convene special grand juries to prosecute multi-county crimes instead of prosecuting a single crime county-by-county.

“Kamala believes you should judge a society by the way it treats its children,” said a spokesperson for Harris.

“And we know there’s a lot at stake for them in this election. Every decision we make has a profound impact on our nation’s youngest, most vulnerable residents. Whether it’s improving our education system, ensuring access to health care and mental health treatment, protecting the environment, overhauling our criminal justice system, reforming our immigration policies, or supporting working families, it all affects our children.

“From the beginning of her career until now, one of Kamala’s highest priorities has been to fight for children. She believes that each and every child deserves a fair shot at success in life and that we have a responsibility to treat the children of the community as the children of the community. As President, she will put children at the center of her decision-making and treat their needs with the same urgency and importance as we treat any other national priority…”