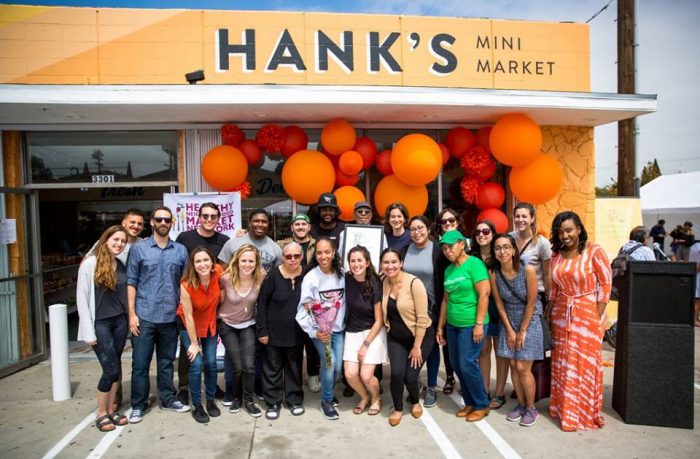 Hank Jackson opened his own business in 1997. At the time, Hank’s Mini Market was a place to buy liquor and snacks, but 20 years later, he has given his daughter the reigns to make it her own.

Kelli Jackson, 36, grew up in the mini market and has seen it become a community safe-haven. As an art student at the University of Southern California, she was researching about different art spaces in the Crenshaw area and came across information about food deserts, which are areas where there are more liquor stores and fast food restaurants than grocery stores and healthy food options. She learned that her father’s mini market, which is near Crenshaw Blvd. and 71st St., was surrounded by other similar stores that only sold liquor and snacks. From there, Jackson knew that she wanted to make changes to the store and started going to workshops for the Los Angeles Food Policy Council.

“I had learned about food deserts and realizing that our store was right in the middle of it made me see that access to healthy food is just as important as access to art,” said Jackson.

Jackson had her vision ready, but she had to put in some time before that vision came to life. She worked with the Los Angeles Food Policy Council for three years and in 2017, she got the call that would put the plans into motion. The Los Angeles Food Policy Council has a partnership with Sweet Greens, a health-food restaurant that also helps fund community health initiatives, and they selected Hank’s Mini Market to be part of their outreach program. 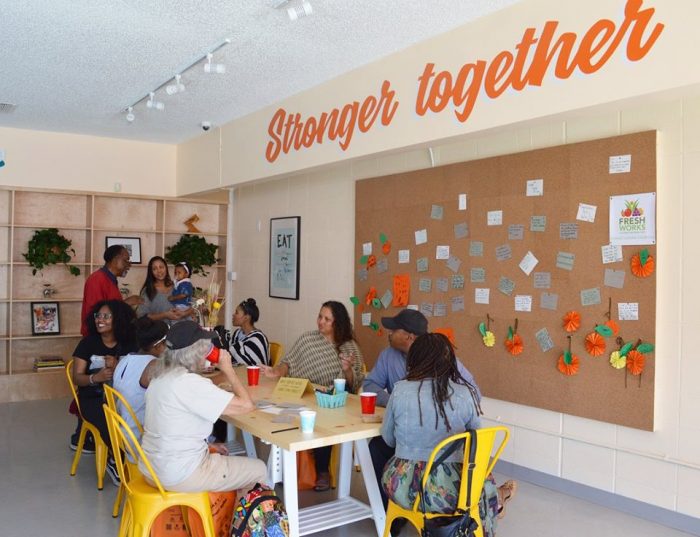 Customers sit and talk in the new community area at the reopening of Hank’s Mini Market. (Photo Credit: Rudy Espinoza)

“My dad was on board, but he did not believe that people would come in and do everything that they did,” said Jackson. “It had been years since I came up with the idea so when he started seeing things get done he was just like, ‘wow, God is good.'”

After Sweet Greens got involved with funding the project, there was an eight-month process to decide what the store should look like, where the food source would come from, the pricing, the budget and more. Then, for three months the store was closed for renovations. There were many things that were changed in the mini market, but Jackson also wanted to make sure that some parts of the store stayed.

“It was important for me to keep my dad’s name because he really built this store. We also kept the orange and white color scheme and the same shelving,” said Jackon. “We still sell liquor and beer and Cheetos, but it’s not as highlighted. It’s a cleaner look now and our healthier options are highlighted more.” 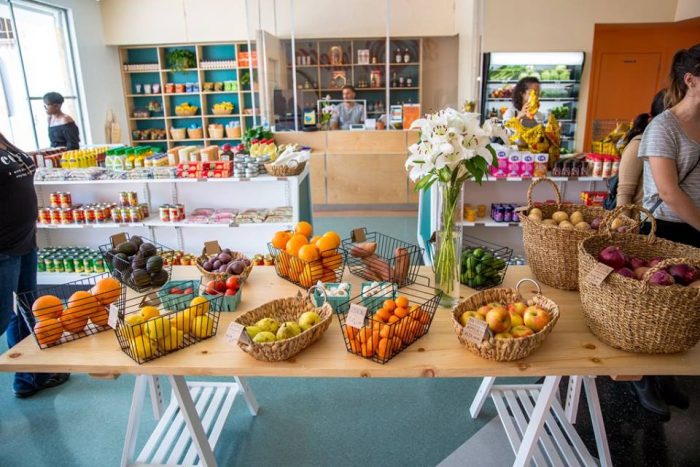 Along with liquor and snacks, Hank’s Mini Market now sells vegetables including lettuce, tomatoes, cauliflower, avocado, bell peppers and more. They even have some healthy snack options, like trail mix and dried fruit.  Jackson has also created a space inside of the store for art, reading and community events. Hank’s Mini Market is more than a store for Jackson. It is a place for the community to share ideas, laughter and entertainment.

“As an artist, this store is like a canvas. I want this to be a space and a platform for artists, entrepreneurs and community members to highlight their stories and express themselves,” said Jackson. “Right now, we have a community wall where the community can voice their opinions on different topics and I brought in some books from my studies on African American art and history. I’m looking forward to creating a book swap where people can bring their books and take one of mine. I would also like to have local artists bring their work in and host some community events.”

The grand re-opening was in early April and community members ranging from 20 years ago to now came out to support. Local food businesses Everytable and Baba’s Vegan Café provided the food, while local artists provided the entertainment.