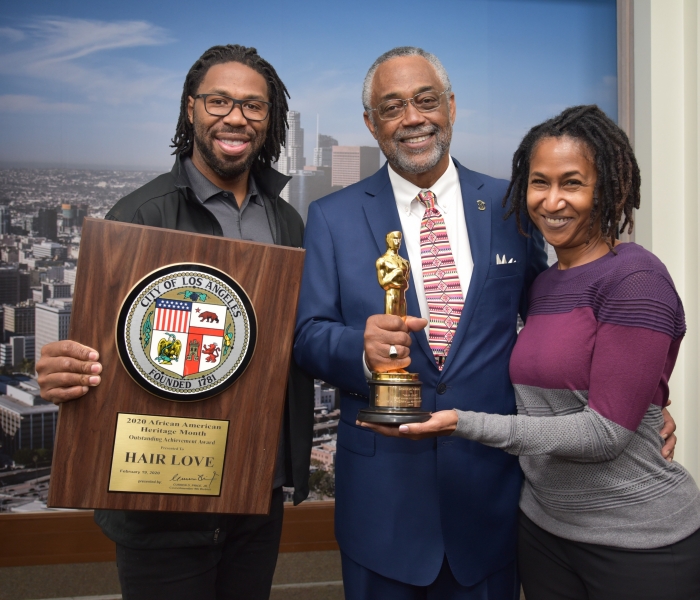 The creators of “Hair Love” were honored today by the Los Angeles City Council for their seven-minute Oscar-winning animated short that explores the challenges a father experiences while trying prepare his daughter’s hair.

The film was written and directed by former NFL wide receiver Matthew A. Cherry, who said he wanted to show what Black fathers sometimes experience when trying to fix their daughters’ hair.

“We really just did this project to do something that young people could see themselves in,” Cherry said.

“Animation is an important medium … I think if we can get more representation in animation, it’ll just trickle down to other forms of filmmaking.”

Cherry and co-producer Karen Rupert Toliver, who has worked on various major animation films, were invited to City Hall by Councilman Curren Price.

“The Oscar win comes at a poignant time when black people around this country, especially our students, our kids, are being discriminated against for wearing natural hair styles,” Price said.

He noted that a student in Texas recently was told he could not participate in a graduation ceremony unless he cut his dreadlocks. 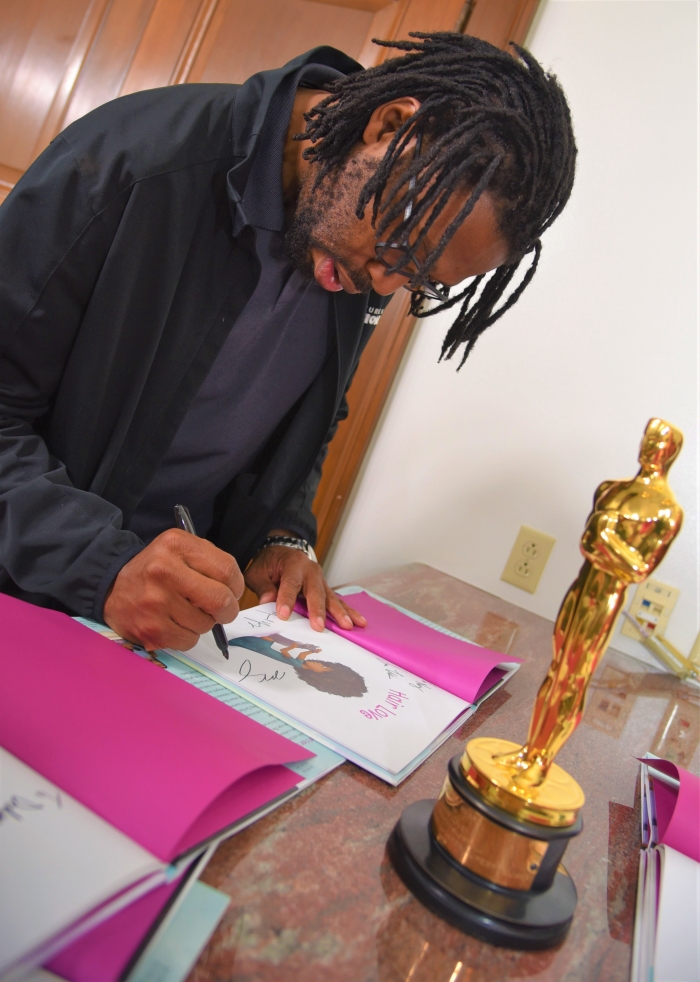 The film is mostly without dialogue and uses its characters’ expressions and imaginative hyperbole to highlight the difficulties the father experiences in trying to get his daughter’s hair ready for a special occasion. Finally, after watching videos online, he’s able to make it look the way she wants.

“What you all have done here is changed hearts and minds,” Councilman Marqueece Harris-Dawson said.

“There is nobody that can look atthat film and not come away with a greater sense of sensitivity to what hair means and all the drama that comes with it. Anybody who’s black knows hair is drama, especially for African American women.”

Cherry said he funded the film by launching a Kickstarter campaign, reaching his $280,000 goal within a week.

With the win, Toliver became the first African American woman to receive an Oscar in the animated short film category.

“I’ve worked on a lot of movies, but none of them have impacted me as personally,” she said. “We have … two black teenage sons who are going to go out in the world, and I realize this was an opportunity to really present positive images of Black men so that people can really think about them differently when they walk this earth.”

Toliver, who got her career start on “The Mighty Ducks” franchise, worked to have the short film shown before the start of “The Angry Birds Movie 2” in theaters.