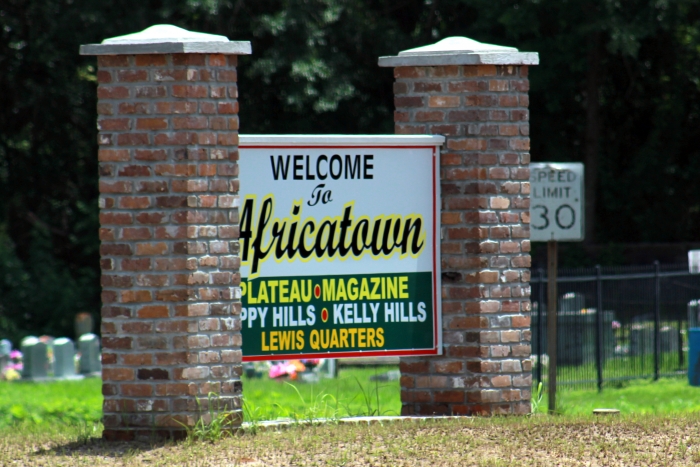 Longtime residents of the Mobile community called “Africatown USA” recall the days when it was a beehive of activity, with Black descendants of the last slave ship to land in the United States tending gardens, running businesses and filling churches. Today, much of the place is a dilapidated landscape of empty lots and ramshackle, vacant homes.

A group formed earlier this year to help turn around the community has started work with hopes for revitalizing the struggling area.

The Africatown Redevelopment Corp. met for the first time on Thursday at a community center in the heart of Africatown, al.com reported. Members elected a chair and talked about goals including seeking funding grants and other financial assistance.

“We are hoping to get grants, contributions and hit the lottery,” said state Rep. Adline Clarke, D-Mobile, who sponsored legislation to form the nine-member organization.

Former bank officer and restaurant owner Marc Jackson, the newly elected board president, said one improvement can lead to another, and housing will be a top priority.

“Providing affordable housing for the community and cleaning up the blight . once we start doing that, a lot of other things will follow,” he said.

The area has virtually no commerce besides heavy industry near the Mobile River.

Africatown has been the source of renewed interest in recent years since remains of the slave ship Clotilda were found in the river and publicly identified in 2019. A wealthy white businessman funded the ship’s final journey to Africa to obtain enslaved people, and the schooner arrived in Mobile shortly before the Civil War with more than 100 captive Africans who were forced into slavery.

After the war, some of the former slaves settled on the riverbank and formed Africatown. In decline for decades, new projects to emphasize the area’s history and bring in visitors are offering a chance for improvements.

A “Heritage House” museum is supposed to open next year, and tours are planed to tell the story of Africatown’s unique history. The Mobile County Commission approved a contract this summer to stabilize a dilapidated house dating to the late 1800s that could be linked to Clotilda survivors. Remains of the ship remain in the water, and it’s unclear what, if anything, might be done with them.

The redevelopment group isn’t directly involved in tourism promotion, but Clarke has high hopes for the group.

“It’s the only organization focusing solely on the total revitalization of Africatown,” Clarke said. “There are other organizations out there . that do a lot of good work in this area. But what this board is looking at is infill housing where there are vacant lots. We are restoring housing in disrepair if it can be done, or demolishing it and putting in a new structure at the site. We are trying to make this a whole neighborhood again.”