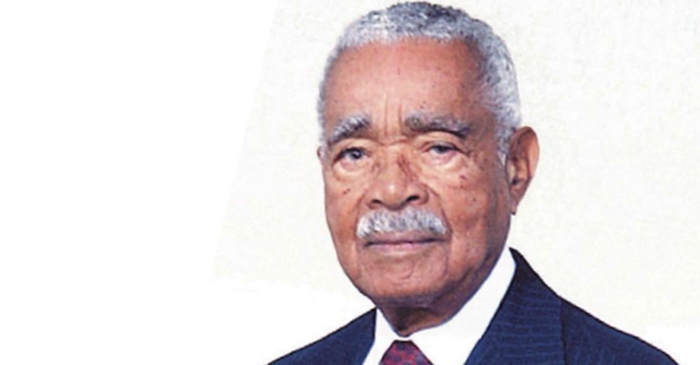 Garth C. Reeves, Sr., The Miami Times’ retired publisher who became the enduring patriarch of a family newspaper dynasty after decades of fighting the political establishment and while guiding the black community through the city’s racial problems, died on Monday, November 25. He was 100.

Reeves was born February 12, 1919 in Nassau, Bahamas. That same year, Reeves’ father, Harry Ethelbert Sigismund Reeves, moved to Miami where he founded the Magic Printing Company in Overtown, the city’s historic black, once-thriving neighborhood near downtown. Harry Ethelbert Sigismund Reeves in 1920 founded the Miami Sun, which closed because of a paper shortage during World War I. In 1923, The Miami Times was founded. Reeves was just four years old.

In 1940, Reeves graduated from Florida A&M University, a major, historically black school in Tallahassee, FL. In 1942, Reeves was drafted to serve in the Army during World War II. After completing his service in 1946, Reeves returned to The Miami Times.

Reeves, as the publisher of The Miami Times, was just as fierce. It was the only job Reeves would have throughout his life. He worked his way up the ranks as columnist, reporter, managing editor, and editor. When Reeves’ father died in 1970, Reeves became the publisher.

Today, The Miami Times is the oldest and largest black newspaper in the Southeast. For the past two years it has been named Best Black Newspaper by the National Newspaper Publishers Association (NNPA), which represents over 200 black newspapers across the country. In 2011, NNPA named Reeves Publisher of the Year. In 2017, Reeves was inducted into the National Association of Black Journalists Hall of Fame.

In 2017, Miami recognized Reeves with an honorary street sign at 6 Street and NW 2 Avenue near the Black Archives History and Research Foundation of South Florida where he was a board member.

He was awarded honorary doctorate degrees from the University of Miami, Barry University and Florida Memorial University.

He retired in 1994 and assumed the role of publisher emeritus but Reeves remained active as a prominent leader in the black community.