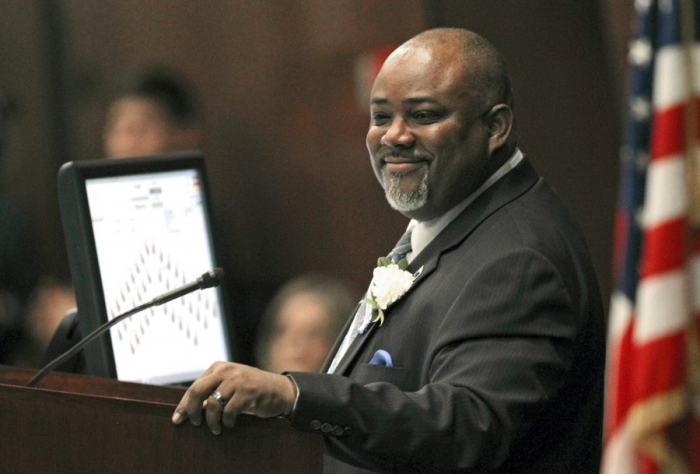 Nevada’s new top federal prosecutor has been sworn in to his job in Las Vegas.

U.S. Attorney Jason Frierson was administered his oath of office Wednesday, May 11, by Chief U.S. District Judge Miranda Du during a ceremony at the downtown Lloyd George U.S. Courthouse.

Frierson is the first African American to serve as U.S. attorney for the District of Nevada. He’s a former Democratic state Assembly leader and deputy Clark County public defender.

He was recommended for the four-year post by Democratic U.S. Sens. Catherine Cortez Masto and Jacky Rosen, nominated in November by President Joe Biden, and confirmed in April by the U.S. Senate.

In a statement, Frierson said he was humbled and honored to be named to the position and grateful for his family’s support throughout the nomination and confirmation process.

He promised a commitment to upholding the rule of law, preventing violent crime in neighborhoods, protecting the civil rights of citizens and seeking justice for victims.

Frierson replaces Christopher Chiou, who became interim head of the office when Nicholas Trutanich resigned after Biden took office. Trutanich, a Republican, had been appointed by former President Donald Trump.

The U.S. attorney’s office in Nevada has more than 100 employees in Las Vegas and Reno.