Dr. Julianne Malveaux is an economist and author.

It took five days for the 2020 election to be called for former Vice President Joe Biden. Five days with me peeled to the television and the internet. Five days holding my breath. Five days, meditating and praying for strength. I could not imagine four more years of Trump. I actually started going through my belongings, trying to decide which one would make the cut for my move to Ghana (yes, if the Chump had won, I was seriously considering a transcontinental move).

At 11:34 on Saturday morning, the good news trickled down. Biden won. Kamala Harris is Madame Vice President (MVP). People were sending funny and smart text messages. From one friend – ‘ladies keep your shoes on, there is glass on the floor. Exhale. Savor the feeling. Kamala’s win is a “dancing in the street” victory for Black women, for all women, for our nation.

From Psalm 30:5, “Weeping may tarry for the night, but joy comes in the morning.” Well, on November 7, joy came in the morning, the afternoon, the evening. All around the country, people celebrated. Some of us were buoyed by the celebrations, especially their intergenerational, multicultural, masked participation. But as horns honked, people hollered, and people hoisted “you’re fired” signs outside the White House, some of us wondered how much change, exactly, we could expect from Biden-Harris. Inhale.

Inhale the fact that Donald John Trump was an extreme symptom, but not the cause, of the structural inequities that plague our nation. Inhale the fact that all the executive orders in the world can’t fix the racism that is baked in the cake we call the United States.

Inhale their names, the disturbing roll of Black folks killed by White so-called “law enforcement” officers. Inhale the macro and micro aggressions that impact our lives.

I will not be pessimistic in this optimistic moment, nor will I ignore the amazing history we experienced in this election. I will simply say, as I often do, that voting is not the most, but the least we can do. This election reminds us that Black Votes Matter, that Turnout matters, that, in the words of Rev. Jesse Jackson, “the hands that picked peaches can pick presidents.”

There was no blue wave, this was a scrappy contest, with margin, in some cases, less than one percent. There was no takeover of the Senate (yet), and Democrats lost seats in the House of Representatives. And more than 70 million people affirmed Donald Trump, which reveals the stark division in our nation.

Exhale (relief). Inhale (recognition). And then just roll your sleeves up and get to work. Yes, there is muhx work to do. There are to elections for Senate seats in Georgia. They’ll be decided on January 5, and if Democrats can pull both off, President-elect Biden will have the Senate he needs to make policy changes.

Meanwhile, 45 has seventy days to wreak havoc on our nation. He can randomly fire folks, mismanage agencies (more so than he already has), develop harmful executive orders. As of this writing he has yet to concede the election, even though he has no possible chance of winning. His refusal to smell the coffee slows the transition process, but since this s about him, not about our nation, he really doesn’t care. Yes, we have work to do. We need to roll up our sleeves and get to it. Civic engagement is not a seasonal thing, it’s an all the time thing. We get the government that we choose to participate in.

So, kudos to the folks like Melanie Campbell (National Coalition of Black Civic Participation), LaTosha Brown (Black Voters Matter), Stacey Abrams (Fair Fight) and the many others who raised awareness, got the vote out, and then protected it. Inhale. Exhale. Get to Work!

Dr. Julianne Malveaux is an economist and author. 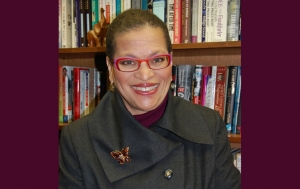 What A Difference A Day Makes 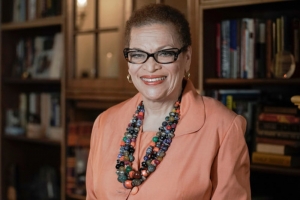 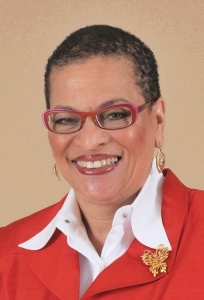 Adding Fuel to the Fire of Our Pandemics

The Homelessness Crisis – We Are Better Than This