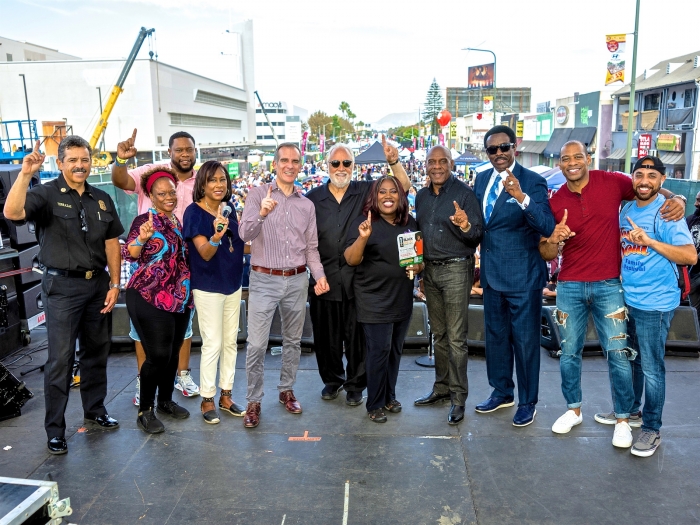 Elected officials, VIP Sponsors and special guests of Taste of Soul festival founder Danny J. Bakewell, Sr., came out to party and fellowship with over 350,000 attendees at the 14th annual street festival, on Saturday, October 19, on Crenshaw Blvd. Chairs, Mayor Eric Garcetti, Council President Herb Wesson, Councilman Marqueece Harris-Dawson, Supervisor Mark Ridley-Thomas, Celebrity Chair, Sheryl Underwood, co-chairs, Pat Harvey and LAUSD School Board member and a host of other elected officials and VIP sponsors graced the Wave Stage at Taste of Soul. The prestigious group, including our VIP corporate sponsors, reveled in their opportunity to become one with the people in our community, sharing in some of the best food, music, and African American / multi-ethnic culture the city has to offer. 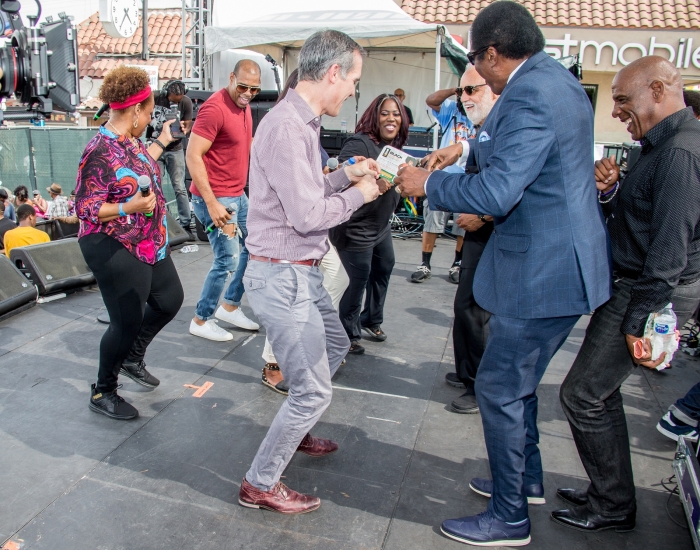 The Taste of Soul family festival has been called the best block party in the world by City Council President Herb Wesson, and Los Angeles Mayor Eric Garcetti says the festival is the biggest and best party in Los Angeles. He said to the over 350,000 attendees, “I don’t know any other neighborhood that can say that … it’s the biggest, it’s the best, and it’s in the heart of L.A. Thank you for making this a Taste of Soul. This is the African American heartland of Los Angeles.”

“Taste of Soul is a rousing celebration of community and culture, family and fellowship,” Supervisor Mark Ridley-Thomas said. “L.A.’s largest street festival features an incredible array of local cuisine and live entertainment that represents the best of South L.A.” 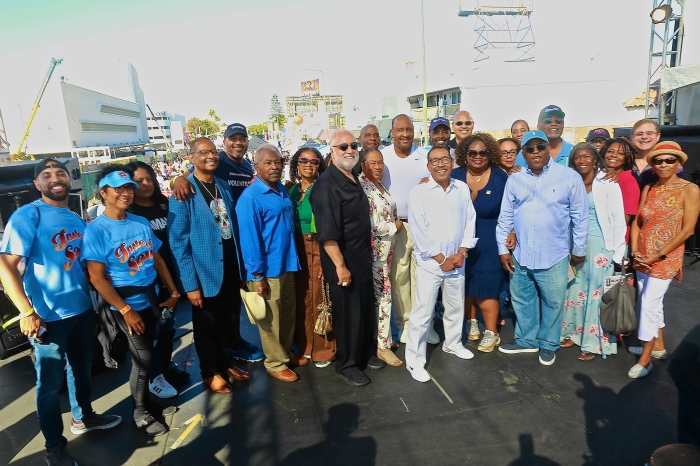 Danny J. Bakewell, Sr. recognized his esteemed guests, thanking them for their service and unwavering commitment to community and their support to Taste of Soul. “Five stages, lots a food, lots of fun and family, and dance, dance, dance! Thank you all for coming out and making this the best thing going. As our councilman Marqueece Harris-Dawson says, “West L.A. has the Gay Pride festival, Hollywood has the Hollywood Parade, Pasadena has the Rose Bowl and we’ve got the Taste of Soul!” 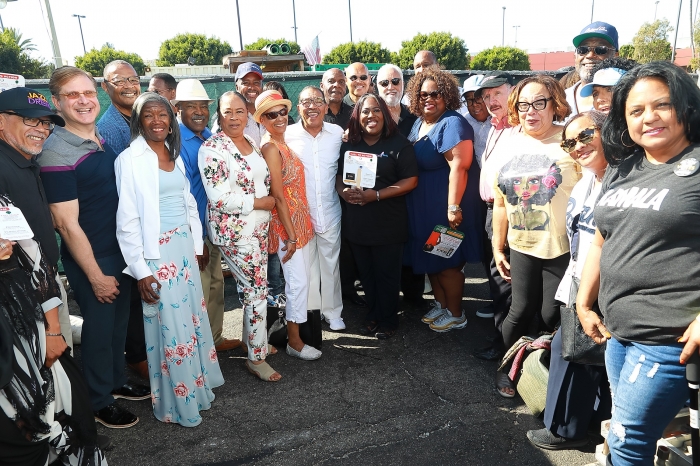