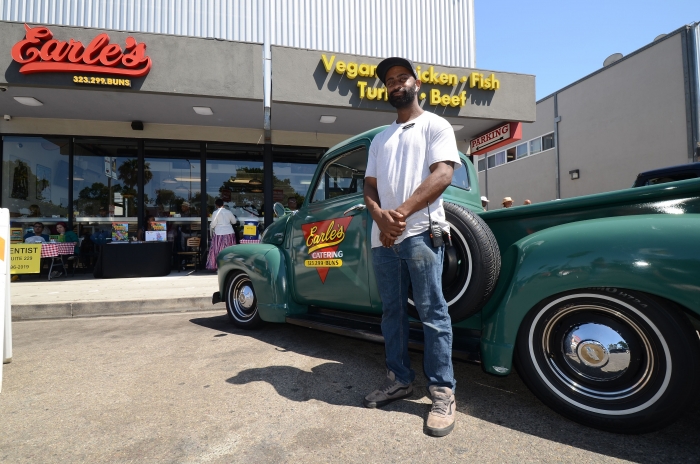 Saturday, August 31, 2019, was the fifth neighborhood car show at renowned restaurant Earle’s On Crenshaw. What began as a mural unveiling in tribute to the late Nipsey Hussle, developed into a recurrent event for families and Black owned businesses to connect every last Saturday of the month.

Brothers, Duane and Cary Earle, first began their career selling hot dogs out of a modest hot dog stand in the late 1980’s. For over 30 years, Earle’s has maintained its constant growth, specializing New York style hot dogs with a slice of Caribbean flavor. Further, the menu assures there is a meal for all to enjoy; such as, vegan hot dogs, turkey dogs, chicken and beef franks, and even hamburgers with fries.

Today, Earle’s is regarded as a staple of Crenshaw, in which is reinforced by the people of the community. When asked about restaurant and community interrelations, Joelle Earle said, “We love to interact with our [community]. They are people who’ve eaten our food since they were in their mom’s stomach, and now they’re full grown adults with families. We’ve been feeding this community for generations.” Joelle (son of co-founder of Cary Earle), regards part of the restaurant’s success as an outcome of building relationships with its customers. 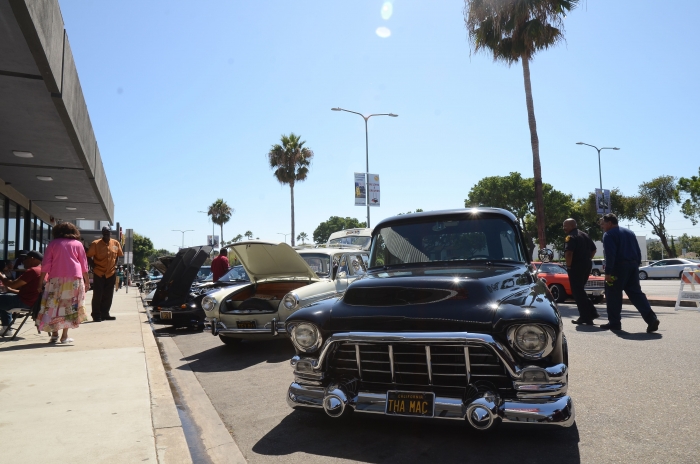 It’s bigger than how many customers you serve or counting weekly profits. Earle’s is using their platform to create opportunities for people throughout their neighborhood. Car clubbers and collectors pulled up in their finest automobiles, in which showcased assorted models of classic cars, ranging from the 1930’s to the 1990’s. Owner of classic 1966 Impala, Reggie of Like No Other Car Club believes, “It’s a real good thing to see more participation in community events like this. Earle likes old cars, and we get to network with other car clubs and restaurants, which creates more opportunities.”

Each vendor that participated received free promotion for their companies during Saturday’s car show. Earle’s identified the opportunity for black owned businesses to reach more people as well as support a community events. Demi Lauren, the artist who painted the Nipsey Hussle mural on the side of Earle’s restaurant; was present during Saturday’s event, promoting and selling a variety of her artwork. Lauren stated, “[This] brings people together, and shows the support of Black businesses.” Similar vendors promotions consisted of live DJ, start-up coffee shop hiring disabled people, dentists and nurses spreading healthy teeth awareness, and literary authors advocating the importance of reading. Christina Spell sat with a kind smile, promoting her book, “The First Birthday Party Ever.” Spell stated, “Anytime we’re able to get out and share books with the kids it’s free marketing and a chance to spread literacy at the same time.” 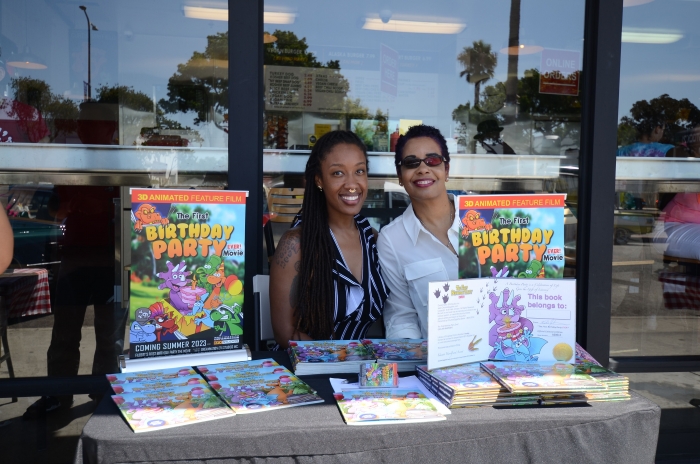 Vendors (Christina Spell and her mother) advocate the importance of reading while promoting their own
book “The First Birthday Party.”

Saturday’s car show was a success! Thanks to Earle’s On Crenshaw, many vendors enjoyed the gathering with hopes to further inspire the community. Many times, we are so detached from the world and reality, in which we must constantly remind ourselves that change comes from our actions. Originally, what began as a modest hot dog business became a lucrative family business. Thus, it is no surprise that Earle’s On Crenshaw is returning the favor to the community by showcasing Black owned businesses.