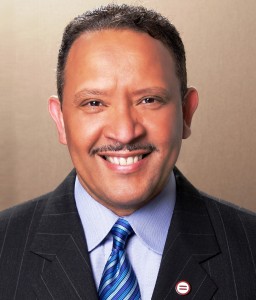 The day after Trump was elected the 45th president of the United States of America, a group of middle school students in Royal Oak, Michigan chanted, “build the wall” in their school cafeteria during lunchtime-a core Trump campaign slogan and promise to secure our nation’s border with Mexico. On November 9, Minnesota high school officials discovered racist graffiti and Trump rhetoric scrawled in a boy’s bathroom. The graffiti included #Gobacktoafrica, #Whitesonly and the Trump campaign’s rallying cry to “Make America Great Again.” Only a day after Trump became our country’s President-elect, a woman in New York City, who was wearing a hijab, was told by a man on the subway, “Your time is up, girlie.” The President-elect’s campaign was no stranger to stirring anti-Muslim sentiment. As a candidate, Trump repeatedly called for a complete ban on Muslims entering the United States.

When confronted with reports of these hate crimes and harassment during an interview on “60 Minutes,” Trump said, “I am so saddened to hear that,” adding, ”And I say, stop it. If it, if it helps, I will say this and I will say right to the cameras: Stop it.” If only it were that easy, President-elect Trump.

What candidate Trump willfully disregarded, and would not denounce, during his quest for the White House, President Trump will soon have to grapple with in our freshly divided nation: you cannot court those mired in racist, misogynist or homophobic ideology-tacitly endorse and legitimize hate-then expect to put the deplorables back in the basket.

Since Election Day, there has been a disheartening spike in hate crimes and harassment. The surge in hate crimes is even more horrifying when you recognize that these acts of violence and hate are being done in the name of the President-elect, and by individuals invoking his campaign’s divisive rhetoric. According to the Southern Poverty Law Center, which has been keeping a running tally of these crimes through “Hatewatch,” there have been more than 400 incidents of hate, harassment and intimidation following the election. The reports were collected from social media, news reports and from direct submissions to the SPLC’s #ReportHate page. We must report these crimes and hateful incidents. Help SPLC monitor these incidents to create the database and evidence that bears out our worst fear: that while America might feel great again for some, it has become appallingly unsafe for others.

Be sure to report hate crimes to your local authorities first. You can also file complaints with the U.S. Department of Justice Civil Rights Division online or contact the agency at (202) 514-4609. The post-Election Day uptick in hate crimes has pushed some states to take matters into their own hands. In New York, the city’s district attorneys released a joint statement indicating that bias crimes have become more commonplace since Election Day, and in response, the state has launched a hotline to report potential hate crimes with the Division of Human Rights.

But in the midst of our division, our nation always gives me reason to hope. Recently, a Baylor University sophomore was walking to her class when she says another student, “sort of shoved me off the sidewalk and he said…no n—–s allowed on the sidewalk. Another student saw the incident and confronted the attacker, who responded that he was “just trying to make America great again.” Two days later, 300 schoolmates, teachers and school administrators walked that sophomore to class to keep her safe.

As our nation awaits the transition to a Trump administration, we must not become complacent in the face of hate. We must report it, remain vigilant, and like the people at Baylor University, become our brother’s keeper. If Trump is going to be the president for all Americans he promised to be in his acceptance speech, he must to more than ask those emboldened by his rhetoric to stop acting on his words-he needs to unequivocally denounce these crimes and acts of hate. 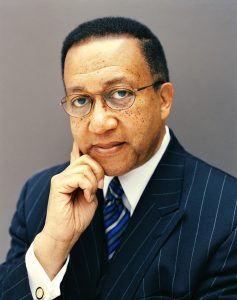