The Drew League is 42 years old and going into the tenth week of play. The professional-amateur league has 28 teams this year, players range from high school to professional athletes.

The Drew League is an annual summer basketball program that began in 1973. Back then, 6 teams consisting of players from the community would compete against each other. As the years went by community players would go on to the NBA, but would still come back to play in the Drew, and even invite teammates, according to Oris Dean “Dino” Smiley, Director of the Drew League.

“Other NBA players started to migrate toward the Drew,” said Smiley. “And then we have our street ball legends as we’ve had our high school phenoms, our college All-Americans all come together like a melting pot and that’s why Drew is so special.”

This year, the Drew highlights the talent of former Laker player Metta World Peace with his team “Pandas.” Players for Peace’s team included family members, according to Smiley.

“I think he has a brother on his team and he has his son—I think he’s a ninth [or] tenth grader—he has his son playing,” said Smiley.

The team “The Clozers” shows the future of USC basketball with forwards Chimezie Metu from Lawndale High and Bennie Boatwright of Village Christian High. Both Metu and Boatwright have will begin their careers at USC this fall, according USC Athletics.

“I love the youngsters because they’re up and coming. Five years from now, they will be the Drew,” said Wallace Moore, the head coach of “The Clozers.” “The Youth get an opportunity to live out their dream,”

Lonzo Ball is another standout on “The Clozers.” The soon-to-be high school senior is the “best point guard in California,” and committed to UCLA according to the LA Times. The Drew League takes place at the campus of King/Drew Magnet High School. A series of seven games are scheduled on both Saturdays and Sundays during the season, according to the Drew League website. (Amanda Scurlock/ LA Sentinel)

“He’s playing in the Drew League on a pro level at 17 years old, 16 or 17 years old. One of the top point guards in the country,” said Moore.

Lakers guard Nick Young and professional athlete Baron Davis is the big names that have a team in the League. Young’s team, M.H.P., beat “The Clozers” in week 9. Davis plays with the team “BB4L,” they lost to “LA Loop” in week 9.

Participants consider the Drew League to be a family affair. Players like Eugene “Pooh” Jeter, who played for the “LAUNFD” team in week 9, return to the League year after year. Jeter has played for the NBA Development League, Israel, Spain and China.

“We all grew up with each other, the main players,” said Jeter. “A lot of people back home [are] not really able to watch us play, so we play in the Drew League.”

The defending champions of The Drew, “Hank’s Houdini’s All-Stars,” won their game against the “Hank’s United Ballers.”

“Our team this season compared to last season, we’re more talented, more mature. We know what it takes to win,” said Antonio Biglow, a “Houdini’s All-Stars” player for seven years.

The variety of players participating makes the league the “most elite league in the world.” Technology also helped the league live up to their title, according to director Smiley.

“Especially with the social media and the internet, people from all over the world can see the league, see the highlights,” said Smiley.

Players assemble their own teams and try out by playing scrimmages in April. The season started on May 16th, according to the Drew League website. 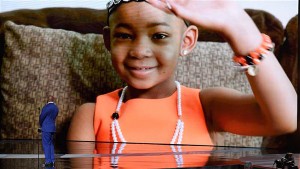