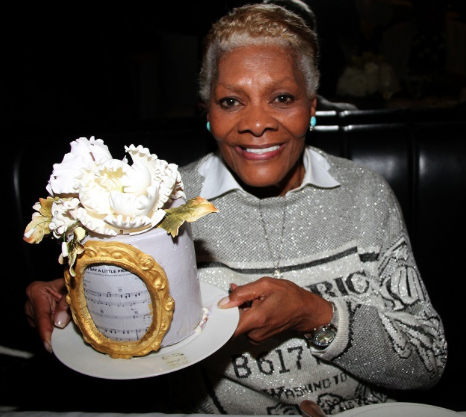 One by one, they gathered. Stars of Broadway, film and TV, alongside music superstars and politicians alike to honor the 75th birthday of Dionne Warwick-mother, friend, humanitarian, and icon. Convened in secret, in the private dining room of Mr. Chow’s restaurant in New York, they waited for a woman who has achieved more in her 75 years than one could with two lifetimes. Born into a talented clan of musicians on December 12, 1940, by 1962 she was one of the 40 biggest hit makers of the entire rock era. Her hits wooed not just America, but the world at large when she sang, “Don’t Make Me Over,” “Walk On By,” as well as her trademark tune “Do You Know the Way to San Jose?,” which was her first Grammy winner. Her class act even landed her a place in history as the first African-American woman to perform for Queen Elizabeth II in England. Yet on this day, she was the queen. Nothing could surpass her delighted expression of joy as she regally entered the dining area to the fabulous surprise reception by her loved ones.

Acclaimed Music Executive Clive Davis was the first to greet her, quickly followed by U.S. Representative Charles Rangel who bestowed a proclamation-the first of many to follow. Her son David Elliot serenaded her beautifully with a “happy birthday” message straight from everyone’s heart. Soul singer Chuck Jackson presented her with a bouquet of flowers as she was greeted byan array of guests that included Cissy Houston, Leslie Uggams, Freddie Washington, Melba Moore, renowned music director Ray Chew, among many more. Clearly moved, Ms. Warwick beamed and repeated ‘thanks you’ as her sons Damon and David Elliot, daughter-in-laws, longtime friends, and colleagues surrounded her with hugs and praise. Once DJing legend Easy Mo Bee hit the ones and twos, the music started flowing in harmony with the drinks and copious amounts of sumptuous food. The birthday cake was a five-tiered work of art, as reflective of Ms. Warwick’s elegance as one would expect. Guests received signature goodie bags with lollipops, horn blowers, and a mug with the guest of honor’s image and quote-all reflecting the launch of her nonprofit organization.

After a series of additional proclamations which included: one presented by U.S. Rep Charlie Rangel, two from the state of New Jersey-one of which declares December 11th Dionne Warwick Day throughout the state, another declaring Dionne Warwick Day in East Orange, New Jersey, and other presentations of honor. Huge panels with Ms. Warwick’s image covered the walls, where many guests joined for a photo opt with the star. As well, there were large placards announcing the launch of The Dionne Warwick Foundation, a nonprofit organization promoting access to resources and information that empowers health and well being. As a United Nations Global Ambassador for the Food and Agriculture Organization, and a United States Ambassador of Health, she has long been a visionary in holistic health and wellness. The foundation’s launch shows her continued forward motion, culminating decades of advocacy for the world’s well-being, as well as her gift and resources as an entertainer, into an energetic graceful new beginning. 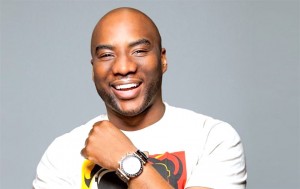