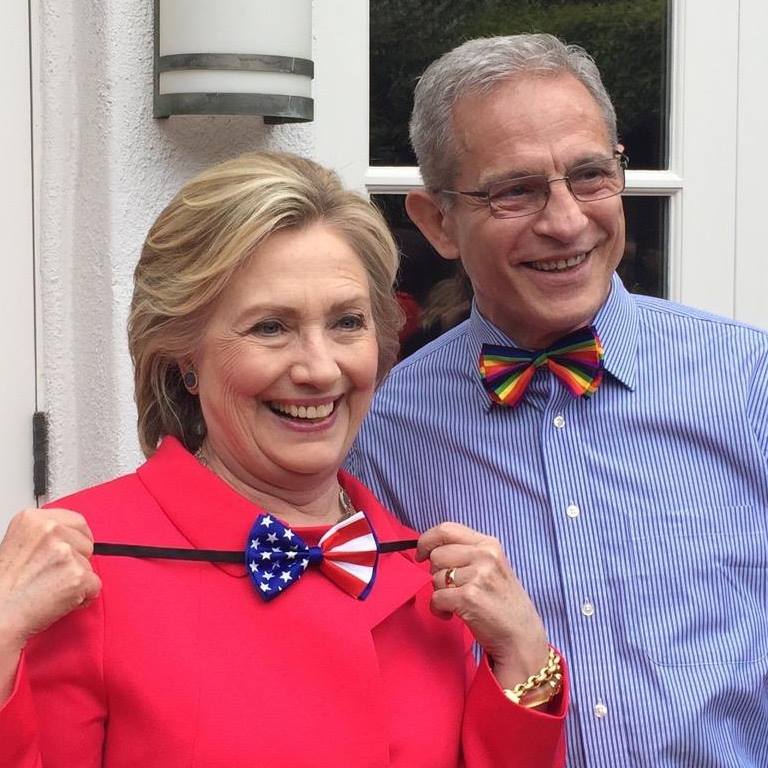 Two white men of means and political clout.  One’s accusers are are white women while the others are young, Black gay men but the response from the media and Democrats couldn’t be more different.

Just three days after a New York Times investigation detailed numerous incidents of alleged sexual harassment by media mogul Harvey Weinstein, the board of directors at The Weinstein Company fired him.  That’s all it took.  Well, three days, a New York Times exposé and a laundry list of white women who claimed the powerful film producer engaged in inappropriate conduct that included sexual harassment, unwanted physical contact and sexual advances.  I cannot overlook the white women because they played an important–if not decisive role in the media’s decision to cover the story and the swift action taken on Capitol Hill that reverberated all the way to the boardroom of Weinstein’s own company.

As expected, everyone from actors and producers to elected officials are falling all over themselves to either distance themselves from the situation or to jump on the bandwagon condemning Weinstein for his behavior. Former and current employees are saying they knew about his behavior.  There are reports of clients of the Weinstein Co. threatening to stop working with the company if Harvey Weinstein was still associated with it and the Republican National Committee has put out a national call for Democrats to “return dirty Harvey Weinstein cash.”

Meanwhile, right next door in West Hollywood, just two months after a Black gay man was found dead in his home of a crystal meth overdose–it’s business as usual for a prominent Democratic donor who is alleged to have engaged in some inappropriate conduct of his own.  Like Weinstein, Ed Buck is a white man of means with a laundry list of victims who have come forward with stories about a man who they say has a Tuskegee Experiment like fetish which includes calling Black men niggers and shooting drugs into young Black men that he picks up off the street or via dating hookup websites.

Gemmel Moore was found dead of a crystal meth overdose in Ed Buck’s home on July 27. At the time, his death was immediately classified as an accidental methamphetamine overdose by the coroner.  Moore was a 27-year-old Black gay male who worked as an escort while Buck is 63-year-old well known white gay male Democratic donor. Now while most people would not be able to explain away a dead body in their house and have the police accept it, in Buck’s case he was able to do just that but now the L.A. County Sheriff’s Department’s homicide bureau is taking a closer look after Moore’s personal journal was published.

Like Harvey Weinstein, Buck is a well known contributor to the Democratic Party and has given hundreds of thousands of dollars to Democratic causes and candidates over the years. His Facebook page boasts dozens of photos of him with everyone from presidential candidate Hillary Clinton to Governor Jerry Brown, California Democratic Party chairman Eric Bauman and even Los Angeles Mayor Eric Garcetti. Campaign finance records show that Buck has given at least $30,000 to the Democratic Congressional Campaign Committee.  Locally the money has been spread around to members of Congress and the state legislature and even Los Angeles’ city and district attorneys–the two offices responsible for filing criminal charges in cases like this. 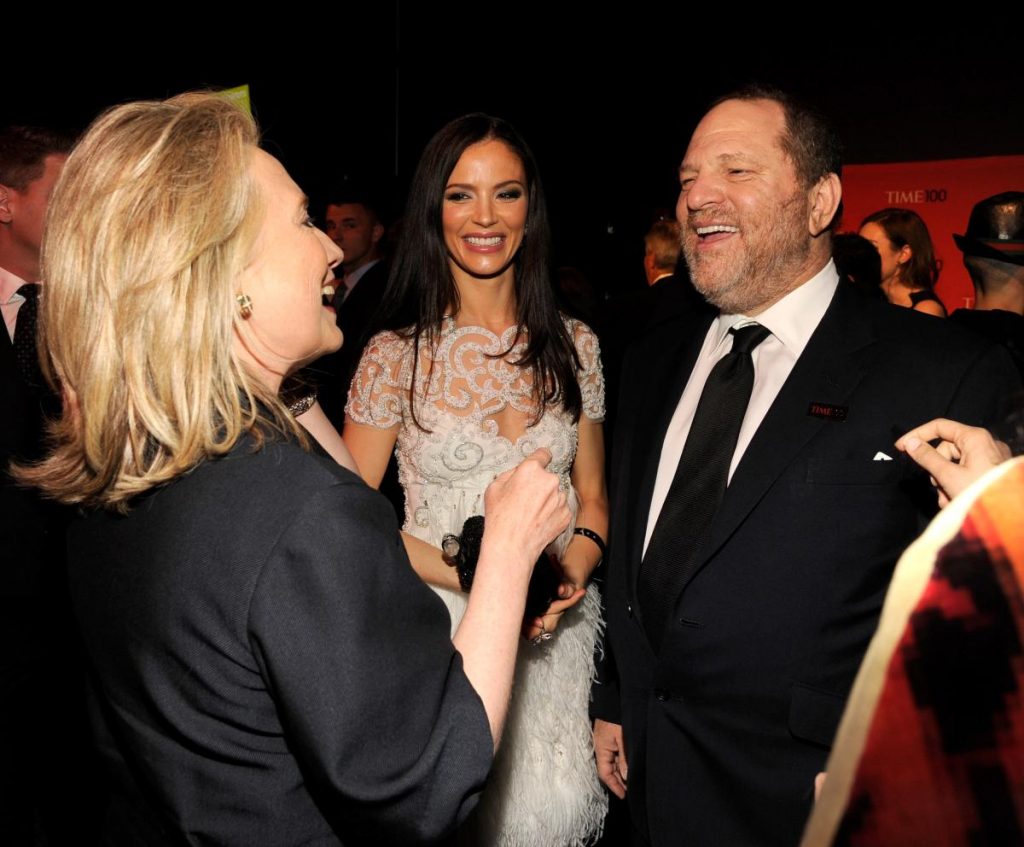 Similar to Weinstein, whose offenses are said to date back to the 90s, Ed Buck’s exploits have been long been known and talked about in West Hollywood and elite political circles in Los Angeles for decades.  However, when the news of the scandal involving Gemmel Moore’s death at Buck’s home broke, unlike with Weinstein, very few Democrats had anything to say.  In fact, it was the complete opposite reaction.  Democrats used their silence to protect him.

Behind the scenes the Democratic leadership in California has been enforcing a code of silence under the guise of saying that they need to wait to see what happens with the investigation.  However, all it took was one article in the New York Times without even the hint of criminal charges for Washington Democrats to spring into action.

When Moore’s family and friends started a petition calling on Democrats to return all of Buck’s dirty money to a fund to support them in their quest for justice on behalf of Gemmel and other victims of Ed Buck’s, only one Democratic Congressmember did so.

On more than one occasion the mainstream news media–and even alternative media–passed on reporting the story of Gemmel Moore’s death citing various reasons from their legal departments being worried about getting sued by Ed Buck to the witnesses refusing to allow themselves to be identified.  Since when do we identify victims of sexual crimes who don’t want to be identified? I’ll tell you when.  When they are Black.  It has been a long standing rule that the media refrains from identifying victims of most sexual crimes, unless the victim is willing to speak publicly. But in the case of Ed Buck, unless the media wants the victims of Ed Buck’s to essentially “out” themselves and be re-victimized in order for their story to be taken seriously or even told.

But consider this.  Even the New York Times exposé respected the wishes of privacy from some of the women alleging misconduct by Weinstein.

Like with the white women accusing Weinstein of wrongdoing, Buck’s Black victims said they felt embarrassed and that no one would take them seriously because of who Ed Buck is–and because of who they are–Black gay male sex workers and escorts.

Already The Hill is reporting that, “Nearly a dozen Democratic senators — including Senate Minority Leader Charles Schumer (D-N.Y.) and several potential 2020 presidential contenders — are pledging to donate the contributions they’ve received from Weinstein over the years to nonprofit groups advocating for women who have been the victims of sexual abuse.”

The Democratic National Committee (DNC) has announced that it will give the money it received from Weinstein in the most recent campaign cycle to a trio of women’s groups. Other Democratic campaign committees in Washington are working with lawmakers and their campaigns to assess how much Weinstein — whose donations date back to the early 1990s — might have given to their candidates and organizations.

My comparison of Weinstein’s victims to Buck’s isn’t to minimize or belittle their experience but to show in Black and white how two similar situations are treated by not only society in general–but by law enforcement and the news media.

For some of you reading this, this might be the first time you’ve ever heard of the names Gemmel Moore and Ed Buck. After detailing Buck’s exploits–especially when compared to Harvey Weinstein’s–you should ask yourself, why is that? 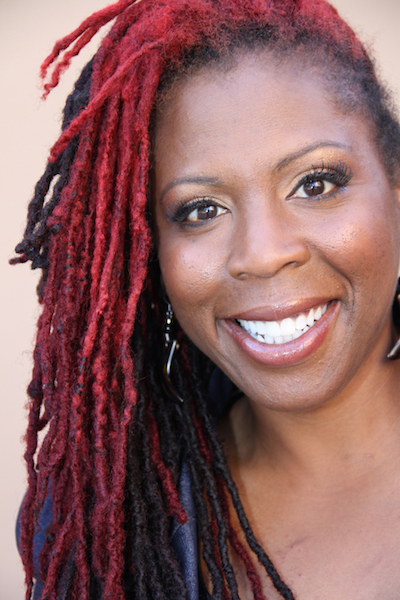 Jasmyne Cannick is a nationally known writer and commentator on political, race and social issues. Follow her on Twitter @Jasmyne and online at jasmyneonline.com.

Success On “The Way”… Ask Dr. Jeanette: You Can Have The World…

How to put Puerto Rico back on its feet