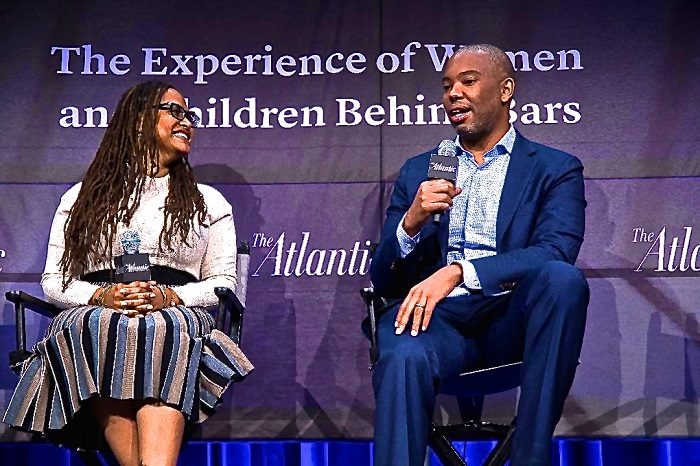 California is the 6th largest economy in the world and also has the largest prison system in the USA. More than 2.7 million children have parents in prison. The Atlantic publication recently hosted a forum at the Google Campus in Venice, CA to further the discussion of the need for Criminal Justice reform in the USA. The forum engaged poets, influencers, politicians, and victims to discuss the US criminal system.

With 94% of the women who are incarcerated having been sexually assaulted or abused, the discussion held a strong emphasis on women and children in the criminal justice system who are often removed from the standard narrative around the impact of incarceration. The forum was entitled “Defining Justice”, with the goal of bringing people whose lives have been changed by incarceration with the advocates and entertainers who can give them voice.

Google produced and was the underwriter of the forum. Mailika Saada Saar, Senior Counsel on Civil and Human rights for Google shared with the Sentinel, “you know at Google our tagline is “for everyone” so we are deeply committed to this notion of justice for everyone and really thinking through our different platforms to disrupt mass incarceration.”

The event addressed several aspects of the nexus of criminal justice and the entertainment industry. Award winning filmmaker Ava DuVernay held an enlightening conversation with Atlantic national correspondent and author Ta-Nehisi Coates about perception and how stories are portrayed in movies and on television in a panel entitled Race, Gender and Narrative.

The program also covered creativity behind bars; the criminalization of young women, and the effects of the justice system on mothers and children. Miquelle West has been advocating for her mother’s freedom for 24 years and discussed the hardships and effects of having a loved one incarcerated during the Stay Connected Through Art panel.

California’s Attorney General Xavier Becerra joined the program for a wide-ranging one-on-one interview with The Atlantic’s Ronald Brownstein in the State of the State panel. Becerra discussed the need to move away from the “boogeyman mentality” with a system that locks up its “prejudice and insecurities”. He posed the question, “how much punishment is enough?” The Attorney General also discussed the on-going discussion of bail reform. The California Chief Justice has stated that it is “unsafe and unfair” according to Becerra.

Other panels included Portraying Women in Prison and Criminalizing Girls of Color.

This is the second in a series of three events examining aspects of the American criminal justice system and how they affect women and children in cities across the country. Google is underwriting the series as part of its ongoing efforts to support organizations that use data science and digital storytelling to advance inclusion and justice for all. The first “Defining Justice”, summit was held in Oklahoma City and featured conversations with Oklahoma Governor Mary Fallin, advocates and activists, legal experts, local leaders.