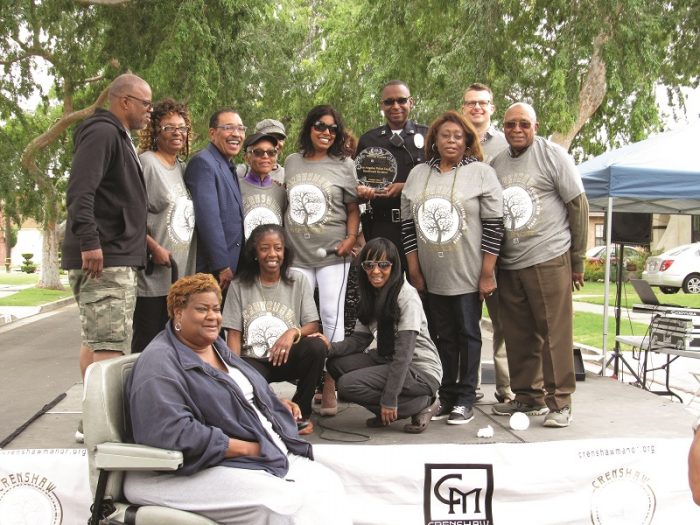 Crenshaw Manor residents united May 19, for their 4th annual block party by focusing on emergency response and safety awareness.

The party’s emphasis on safety and preparedness stemmed from suggestions by two residents who had participated in the Community Emergency Response Training (CERT) offered by Wesson’s office, said Aneetha Rajan, event co-organizer along with Earlene “Cookie” Anderson.

“We thought it was really important for neighbors come together to learn about safety prevention and what to do in the event of a natural disaster,” explained Rajan.

“So, we applied for a grant from the West Adams Neighborhood Council and they approved our application, which gave us to raise enough money for [emergency response] backpacks and to hire students from the Dorsey High School Culinary Arts Program to work the tables and register people who attended.” 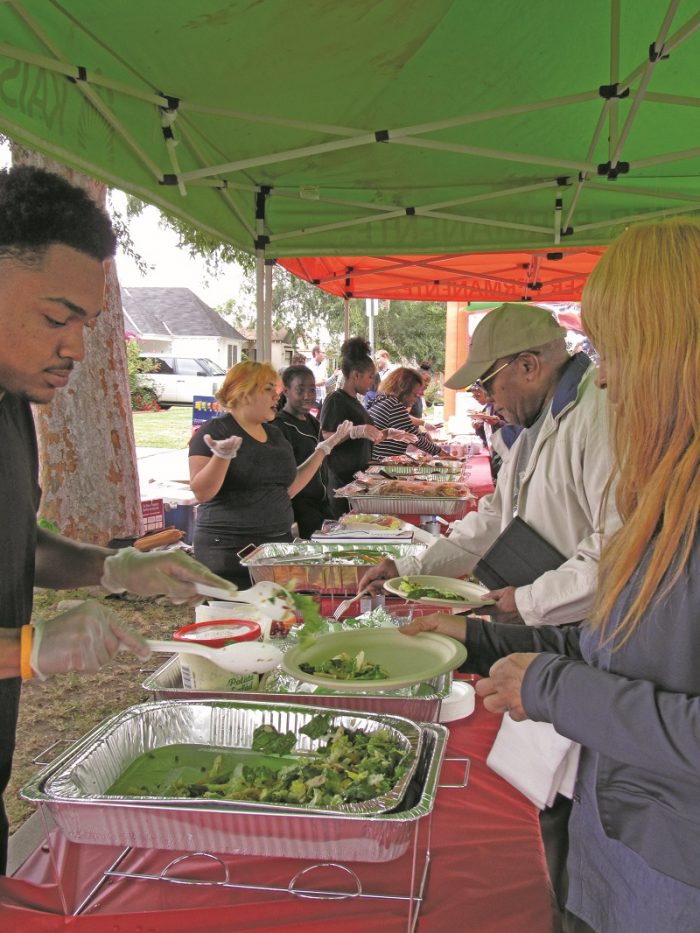 The complexion of the area has changed considerably over the last 10 years, leading Wesson to remark, “Take a moment and look in the faces of your neighbor and the people on the stage. Aren’t we just a wonderful variety?

“We look like the way the world is supposed to be, where people are not judged by the color of their skin. They’re judged by their deeds and their actions.”

Sharing similar comments, resident Bridgette Flewelen said, “It’s actually amazing because the diversity of the community has changed so much.

“But, it’s great that we can get together and realize it’s everyone’s neighborhood and we have to learn how to live together,” Flewelen added. “I think that’s really important moving forward.”